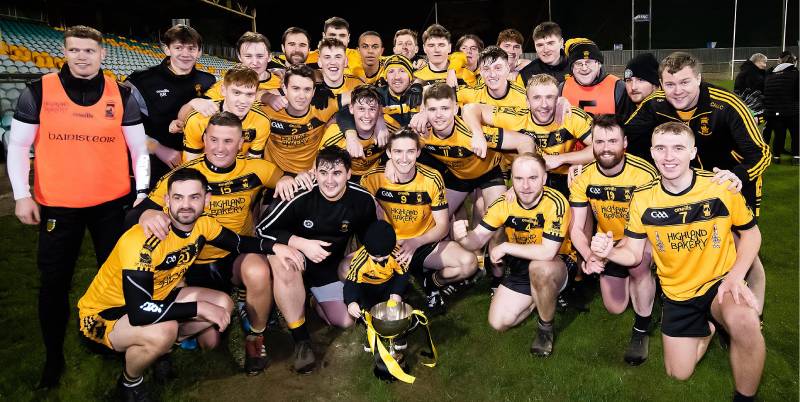 St. Eunan’s dominance in Donegal the past few weeks has only continued as they easily brushed aside Ardara in the Senior B Football Championship Final at MacCumhaill Park.

The Letterkenny side raced into a 20 point lead in the first half and kept their opponents to just one point in the second half to fully deserve the victory. 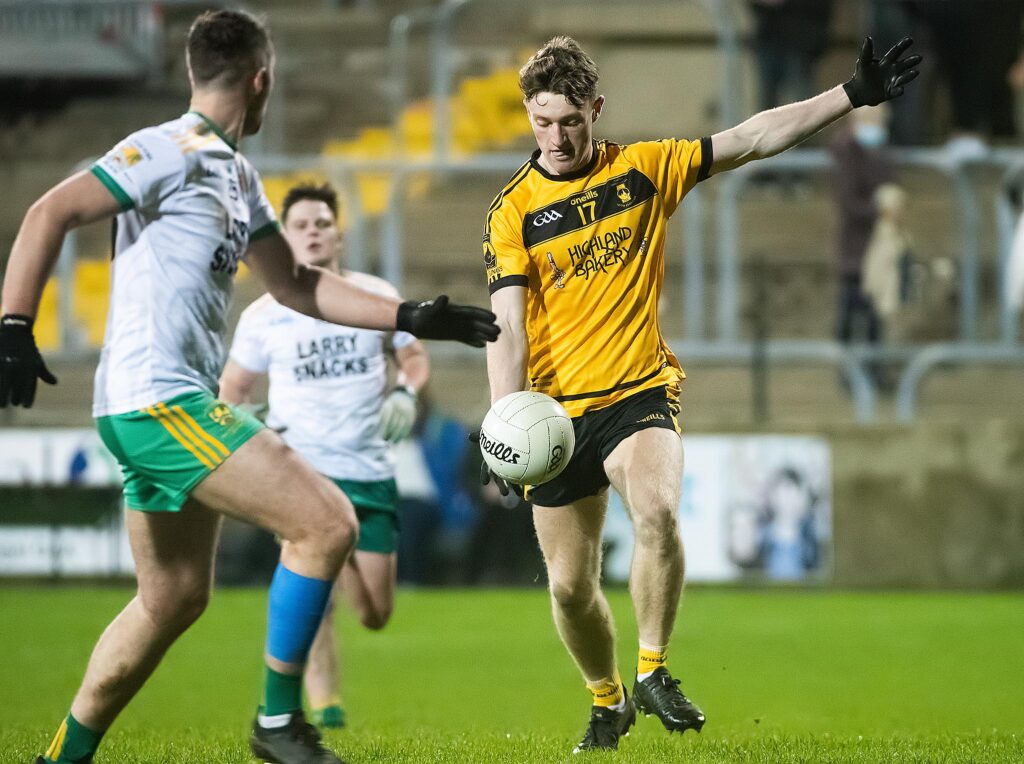 St.Eunan’s started flying and didn’t let up as they went 1-03 to 0-00 up after 5 minutes. Points from Lee mcMonagle and Paddy McGowan got the Letterkenny side off to a quick start before McGonagle scored the first of many goals.

McMonagle won the high ball, dummied the Ardara defender and coolly slotted past Cathal Gallagher in the net.

Niall Hannigan – a late change in the starting lineup fisted over the bar when he had a goal chance before Conor McEniff scored a brilliant kick from play.

Ardara got off the mark through a Niall McCrossan free but Conal McGinley quickly made it a 7 point game again.

The two teams exchanged frees through McGowan and McCrossan but Hannigan smartly fisted over again to continue building St. Eunan’s lead making it 1-07 to 0-02 at the water break.

St. Eunan’s didn’t let up as Brian McIntyre, Cormac Finn, McMonagle, and McIntyre again scored with Ardara’s only reply being a Paul Watters free before the goals started coming.

Oisin O’Donnell took down McMonagle and McMonagle slotted his penalty home. Sean Ryan netted from a rebound after a good save from Gallagher. 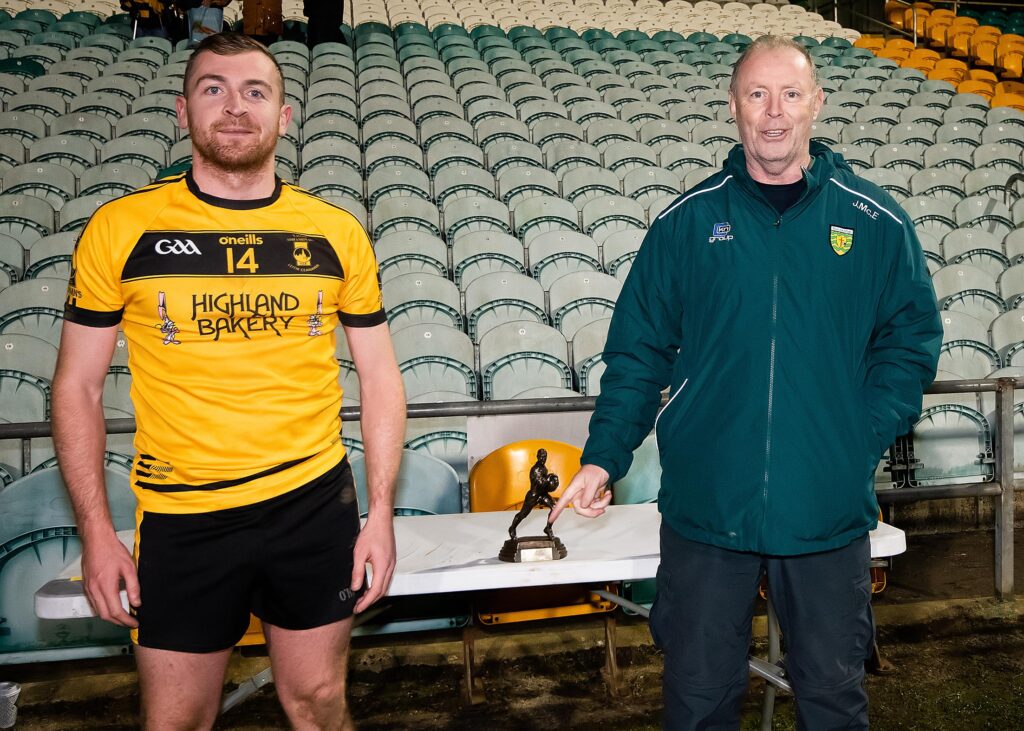 McCrossan got another point for Ardara but Eunan’s had the last say of the half through Hannigan. 4-12 to 0-04

St. Eunan’s made plenty of subs at half-time and they looked as if they might stay as ruthless in the second half as Jordan O’Dowd pointed early but the scoring eased off.

Eunan’s added the only other score before the water break as Eddie Blake scored a point from out left.

As the game started to slow, Eunan’s continued to edge further ahead  through a McMonagle free and Sean Breen.

Ardara’s only second half point came through Daniel McHugh but two final classy points from St. Eunan’s came from substitute Conor Harley and Finn proved them as worthy winners. 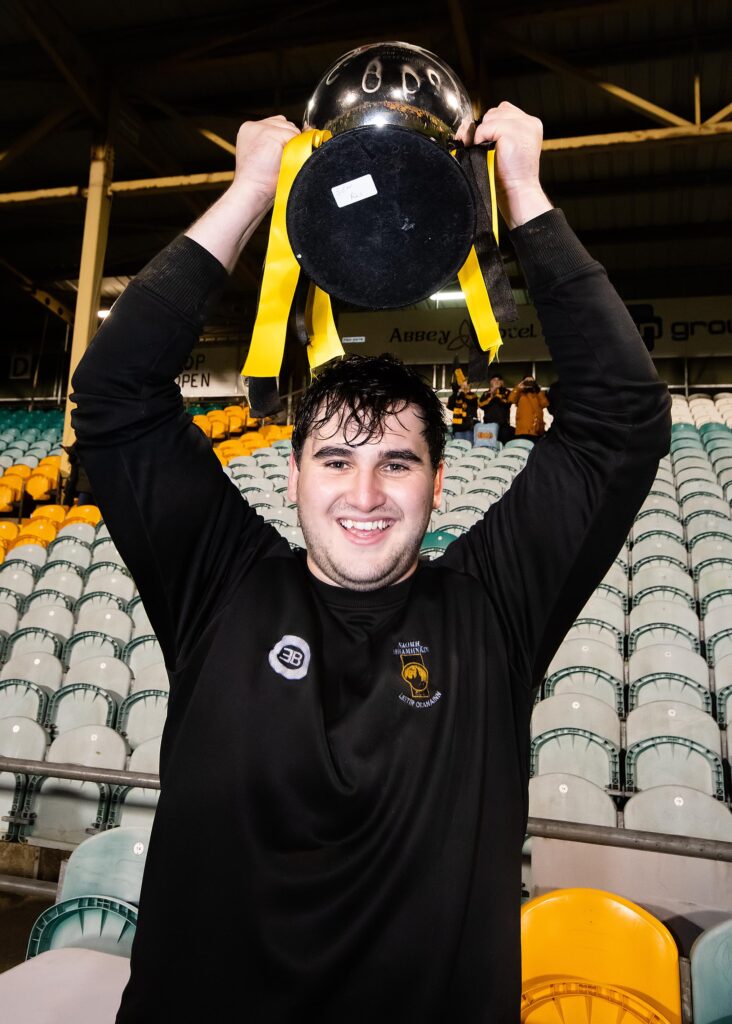