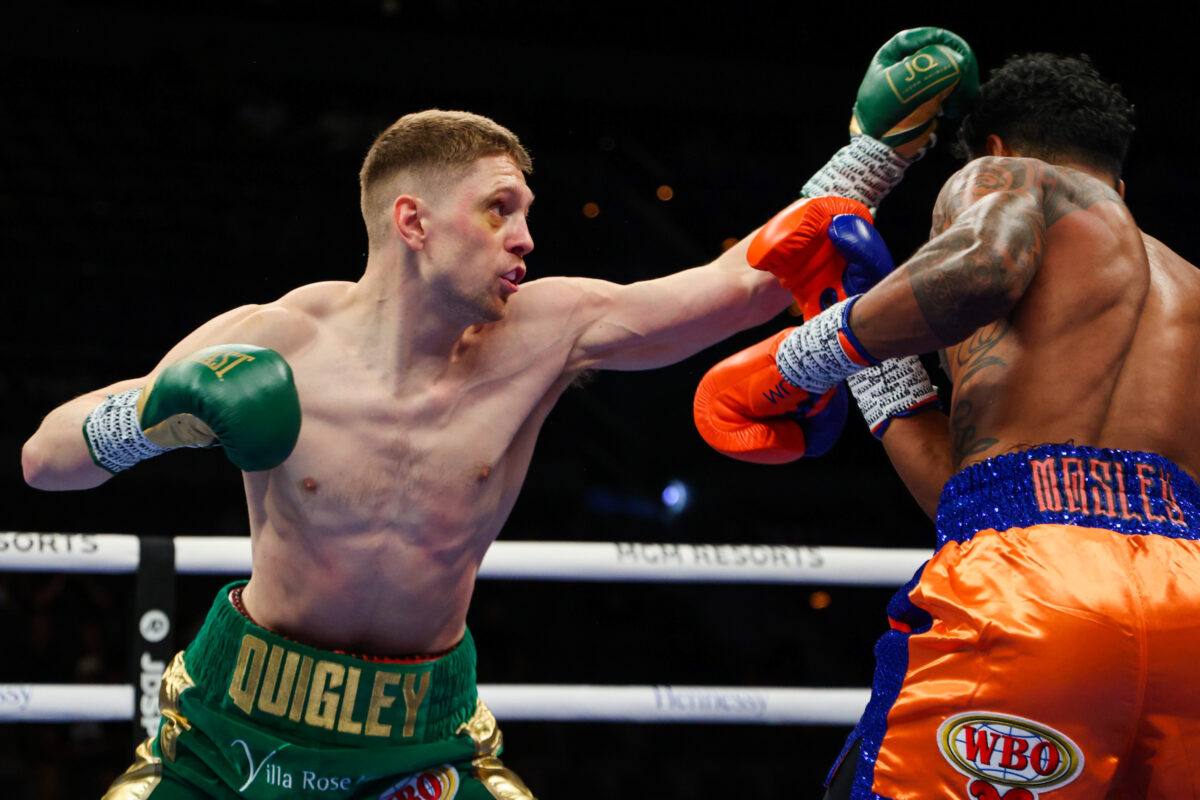 Andrade claims he will ‘make quick work’ of Jason Quigley

Quigley challenges the 30-0 champion from Rhode Island next weekend in New Hampshire but his opponent is confident of defending his belt for the fifth time.

“Quigley was a candidate to fight Canelo at one point,” he acknowledged.

“For me to step into the ring with somebody, they have to be somewhat good and for Canelo to have him as a candidate he must be pretty good but on November 19 we’re gonna do what we’re gonna do and that’s make quick work of Quigley.

“I don’t know where he ranks in my opponents until I step into the ring with him but, at the end of the day, he’s the next guy and he was willing to mention my name after he fought and beat Shane Mosley junior.”

Quigley flew out to Boston yesterday and will enjoy huge support when he steps into the ring for the biggest fight of his career.

Quigley’s last fight against Mosley Junior was won by decision on the 29th May and since then has been eyeing the WBO middleweight belt.