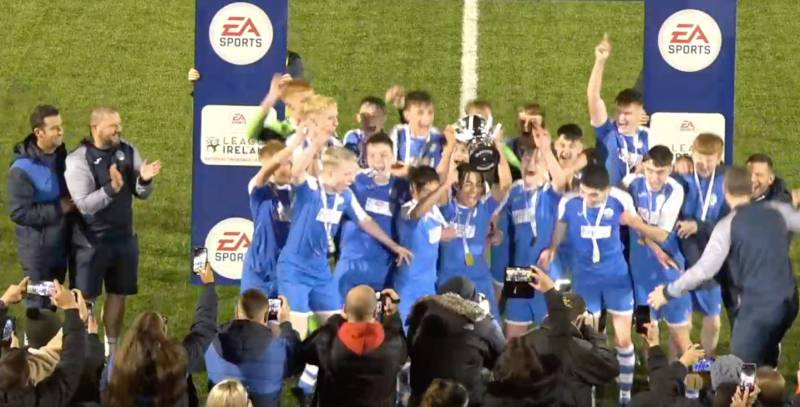 Finn Harps capped off a brilliant day for their academy as their u15s beat Cork City 2-0 in the National Cup Final in Athlone.

Shaunie Bradley scored the first goal of the game from a fortunate ricochet before a brilliant assist from ‘keeper Shane Adair with a couple minutes to go as he played the ball over the top to Brendan McLaughlin who raced onto the ball and poked it low past the Cork City keeper.

This was just a couple hours after the u14s beat Wexford in the u14 Cup Final 4-2 on penalties after a 1-1 draw. 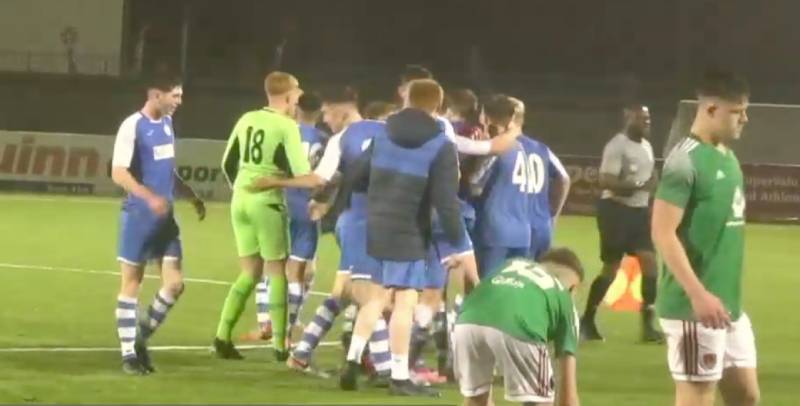 Finn Harps started on the front foot as Bradley played Sean Patton through down the right hand side of the box in the first minute. Patton hit his shot low into the far corner but Cork ‘keeper Moloney saved well.

Patton had the next big chance as he hit a left foot volley outside the box but dragged it wide.

Harps took the lead from a corner as the ball took a deflection to Bradley at the back post. Bradleys shot was saved by Moloney but it ricocheted back off Bradley and into the net.

Éamonn Curry’s side defended well and limited Cork City to very few chances, most from set-pieces that were easily dealt with.

Just on the stroke of half-time Harps had a quick counter attack but McLaughlin’s shot outside the box was easily saved.

Harps started to defend their lead in the second half and only had half chances on the break.

Cork had two penalty shouts in the second half before Cillian Mulvihill had their first big chance of the game with 10 minutes to go but the striker didn’t connect properly with the ball as it dragged wide.

Mulvihill almost got in after a long ball over the top wasn’t dealt with but Harps ‘keeper Shane Adair quickly pounced and fell on the ball.

Cork kept pressing as a cross missed everyone and fell to Adair to pick it up with minutes left. Instead of trying to slow the game down the keeper smartly booted the ball long as he saw Brendan McLaughlin run through the middle. McLaughlin took a touch and poked it past Moloney in the Cork goal to confirm the win for Harps.

Oisin Harkin almost made it 3-0 in injury time when his looping strike from outside the box smashed off the crossbar.

Man of the match was Shane Adair. 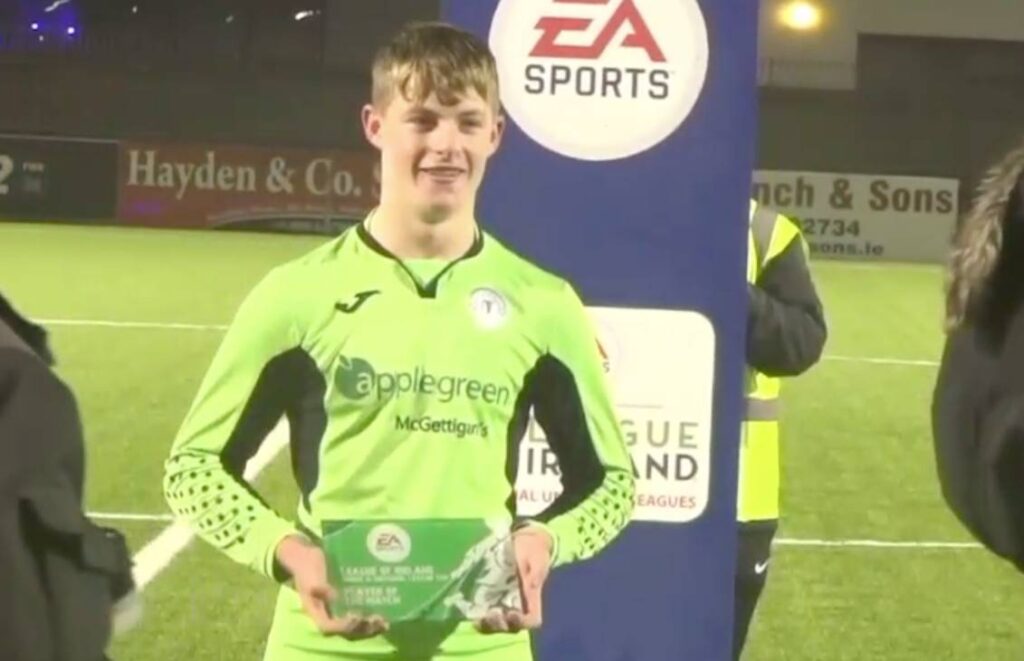 Shane Adair collects his man of the match award