Kevin McHughs tactics paid off as he brought on sub keeper Ronan Callaghan for the penalty shootout and the ‘keeper saved two of the Wexford penalties. 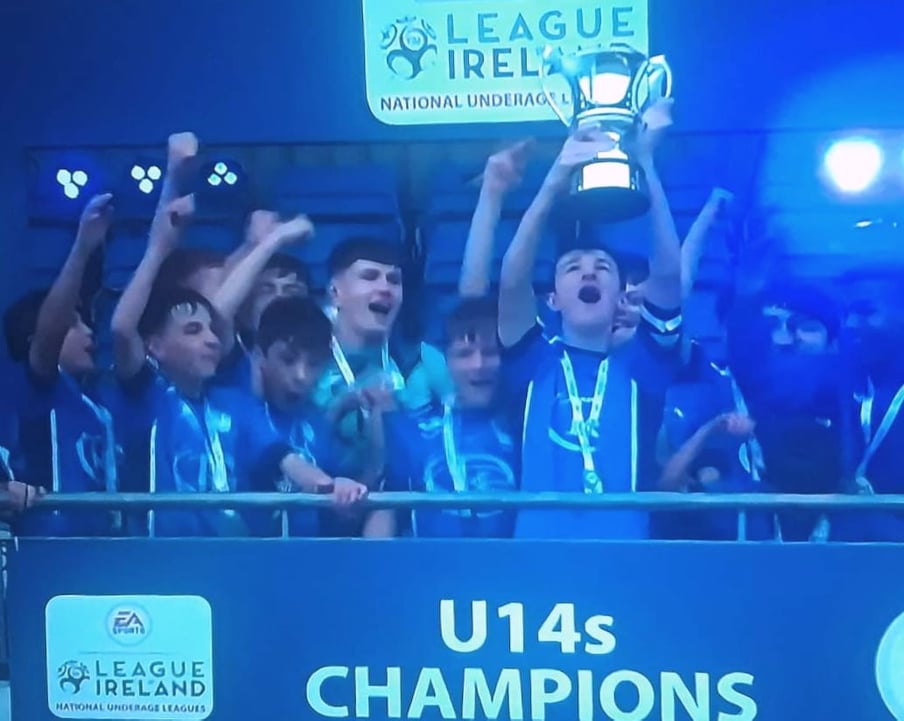 Carragher Friel scored for the penalty spot in the first half as Wexford got a red card for handball before they equalised through Kaylum Hartnetts header.

The young Harps started the better side and Colm O’Doherty went through 1-on-1 after 10 minutes but his shot was well saved by Hayden McCarthy.

Minutes later O’Doherty turned and played a great pass through to Fintan Hasson but his shot went wide.

20 minutes in Wexford failed to play out from the back and Hasson robbed McCarthy and his shot was blocked on the line by Oscar Ramsey but the referee sent off the young defender for a handball.

Carragher Friel stepped up and smashed the ball down the middle past McCarthy.

Despite being against 10-men, Harps couldn’t keep up their dominance and Wexford looked the more likely side.

Pádraig McBride made a great save from a free-kick before Turlough Carr made a brilliant goal saving challenge as Richard Goff had an open net when McBride parried a cross away and it landed to the Wexford defender.

Wexford started the second half on the front foot as Maher had a left footed shot go narrowly wide.

Wexford got their equaliser when Maher’s free-kick was headed in by Kaylum Hartnett as McBride was beaten to the ball by the Wexford man.

Chances were few and far between and the game went the whole way to a shootout and McHughs substitution paid off as Callaghan saved Wexford’s third penalty from Ben Harper.

Harps took a 3-2 lead in the shootout as Friel, McGranaghan and McGinley all netted and they looked to be about to win as Callaghan saved from Sinnott.

However, the young keeper was booked for coming off his line and the penalty had to be retaken.

Sinnott went the same way again but didn’t fool Callaghan as he was equal to the strike.

Cunnea Alex stepped up for the decisive penalty and hit it low past Hayden McCarthy to win the EA Sports u14 National League of Ireland Cup Final.