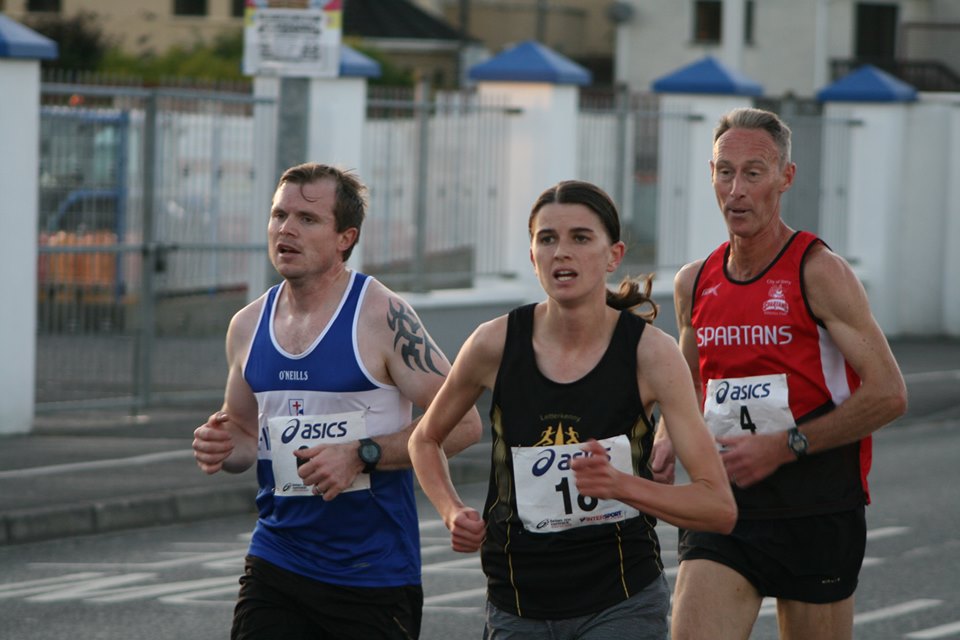 The highlight of the Donegal cross country season, the County Senior Championship, took place on Sunday afternoon at the Finn Valley Centre.

It was a day full of success, both at an individual and team level, for the runners of Letterkenny Athletic Club. The time, effort and work, put in by both coaches and athletes over the past few months, was apparent from the outstanding performances by all the club’s runners.
Nakita Burke stormed to victory in the women’s race. She was victorious in a very strong field. Nakita continued her recent rich vein of form and crossed the line in a time of 19.46. She came home 23 seconds clear of her closest challenger, Finn Valley AC’s Jennifer Elvin. Eimear Gormley’s fine recent form continued and she was 6th in 22.54.

Karol Duggan put his recent injury problems behind him to storm to victory in the men’s race, where he left Donegal’s top runners trailing in his wake. He had a 13 second margin over Finn Valley AC’s John Jo Doherty. His time was 36.15. After the race, in an emotional interview, Karol dedicated his win to his late father, Hugo, who, himself, was a top athlete as well as a dedicated, well liked and well respected coach. Karol led the LAC team to a stunning win in the team race. Very consistent Eoghain McGinley was the next LAC runner home. The hard working Club Captain was 4th in 36.55. Eoin Hughes, a young man with a highly promising running career ahead of him, was 5th just 4 seconds behind Eoghain. Mark Grennan was the 4th LAC counter. He was 10th in 38.28. Conor Gallagher was 12th in 38.45 and the successful 6 man LAC team was completed by Raymond Birch, who was 14th in 39.17. Those performances gave the Letterkenny AC team a total of 46 points, which was 9 clear of the next team, Finn Valley AC.

Cross country is a team sport and each of LAC’s runners played important roles. Kevin McGee had a fine run and completed the course in 40.18. Philip McHugh was the next LAC runner in 40.40. Paul Caulfield finished in 41.32. Dessie Shiels continued his good form and clocked 44.20.

Elsewhere, Donal Farren had an excellent run in the Inter University Road Relay Championships, which took place at Maynooth. He helped his Galway University team claim 4th place in a very competitive race. The event comprised legs of 1 mile, 2 miles, 3 miles, 2 miles and 1 mile. Donal completed the 4th leg in a time of 9.59. Galway’s 5 man team completed the relay in 44.05. There were 29 teams and Donal was the 6th fastest of the 29 runners in the 4th leg. The winning University was UCD, whose time was 42.47.
Parkrun regular, John Doherty, completed the Letterkenny parkrun for the 22nd time on Saturday morning. John’s time was 27.09. The first runner home was Paul Gibson, in 21.58.