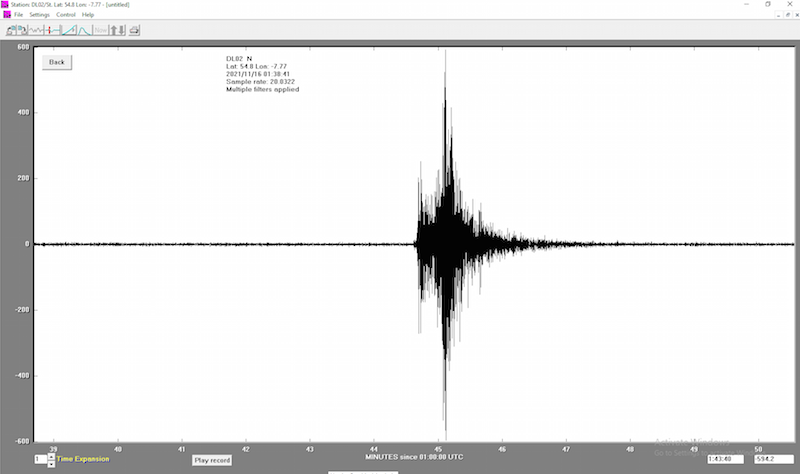 Students at St Columba’s College in Stranorlar got an unusual surprise when they recorded an earthquake which occurred off Scotland overnight.

The quake, which was a 3.1 magnitude event, happened just east of the northern tip of the Isle of Jura at 01:44 GMT.

Teacher Brendan O’Donoghue, who looks after the seismogram (see actual recording above) confirmed the recording to Donegal Daily.

He said “The signal here was very clear – the distance to the epicentre is roughly 160 km.”

People across Scotland and as far away as County Antrim confirmed they felt a tremor from the earthquake.