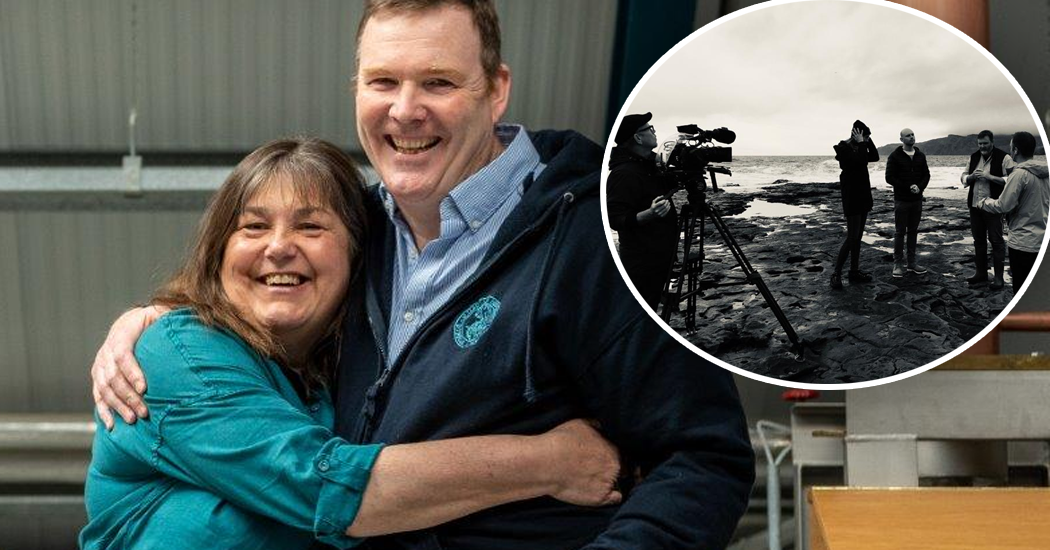 Sliabh Liag Distillers, the first distilling company in Donegal for over 175 years, are set to feature on Amazon Prime’s hit drinking show, The Three Drinkers, after welcoming the hosts to Donegal last month.

Established in 2017 with the purpose of reclaiming the distilling heritage of Donegal, Sliabh Liag Distillers will share its story with an international audience when it’s featured on the second series of The Three Drinkers. The show will air on Amazon Prime in Spring 2022. 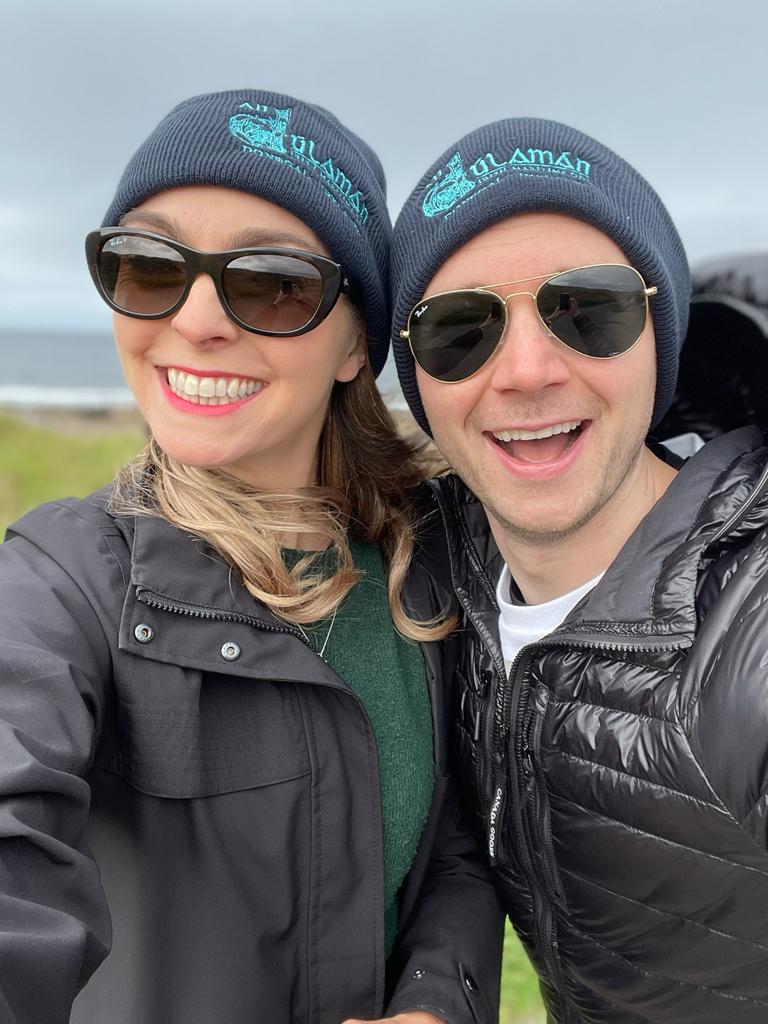 In Donegal, Helena and Aidy were joined by ‘third drinker’ Beth Brickenden. Beth is a wine consultant and alternative events specialist behind the renowned Drag & Wine Tasting. Also in Donegal for the filming was Beth’s friend, London cabaret queen, Vanity Von Glow. 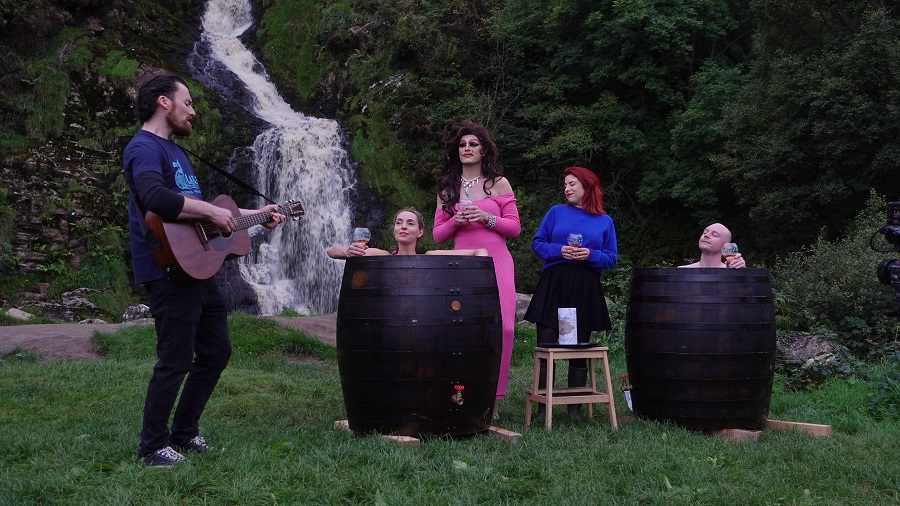 James Doherty, Co-founder of Sliabh Liag Distillers said the team really enjoyed the experience: “Filming with The Three Drinkers in Donegal was a lot of fun. We were overjoyed to be asked to take part in the series and thrilled to have the chance to share our story on such a huge platform. It was great fun making the series and Aidy,  Helena, and the production team were so impressed by the beauty of Donegal, and the quality of the produce they discovered here. We’re all very excited to see the final cut when it airs in the Spring.”

The Three Drinkers series follows Aidy, Helena and their ‘third drinker’ guest on the ultimate lifestyle journey through the island of Ireland, scoping out famous landmarks and characterful locals before heading off to key stops on their tour of distilleries, including Sliabh Liag Distillers.

The first series of The Three Drinkers focused on Scotch Whiskey, however the second series brought them to Ireland to explore all sorts of drinks beyond the delicious whiskey and the stories behind the distilleries.

“In this series, we wanted to uncover the unique stories behind each distillery with a gentle nod to what makes their product so different. In Donegal, we really enjoyed exploring the art of local foraging for gin with James and Moira of Sliabh Liag Distillers. It was great to learn from them and get a deeper understanding of the impact locally foraged ingredients have on what goes into the bottle,” said Smith. 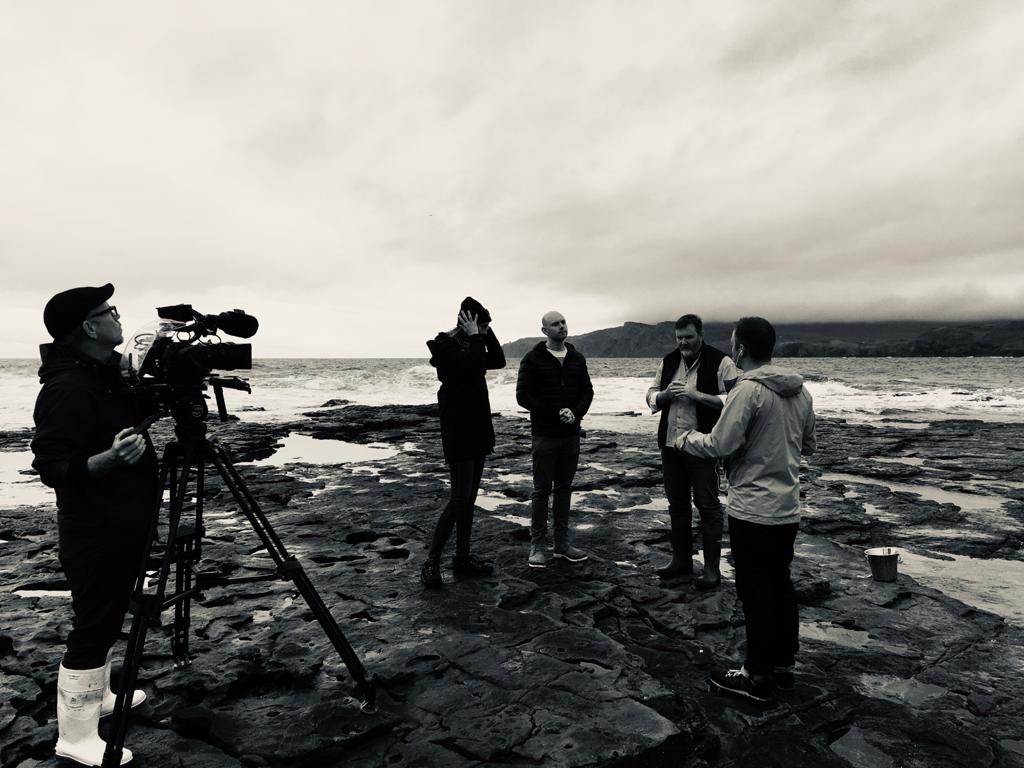 “‘The Three Drinkers’ filming at Sliabh Liag Distillers in Donegal

Commenting on the Three Drinkers experience in Ireland, Nicklin said: “We’ve loved bringing everything together here, from the food and drink to the people, places, culture and tourism of the whole island of Ireland. This series also dives deep into Ireland’s incredible food scene and showcases some traditional activities such as bog snorkelling, cheesemaking and Irish dancing. We’ve been blown away by the sheer quality of Irish produce too. It’s world class!”

The Three Drinkers in Ireland will be live on Amazon Prime in early February 2022 in 130 countries and territories. For more information on Sliabh Liag Distillers, see www.sliabhliagdistillers.com