Jason Quigley has promised his fans he will put in an “unbelievable performance” to snatch the WBO World Middleweight title from Demetrius Andrade in America tonight.

The Ballybofey man steps into the ring in what will be the biggest fight of his career in New Hampshire in the early hours of the morning.

Irish fans have been jetting in from around the globe to watch the fight live with Quigley expected to enjoy a huge support when the first bells goes at the SNHU Arena in New Hampshire.

The 30-year-old Donegal man has been brimming with confidence while avoiding the thrash-talk in the build-up to the fight.

Last night he told fans “I’m getting in there to put on the performance of my life. 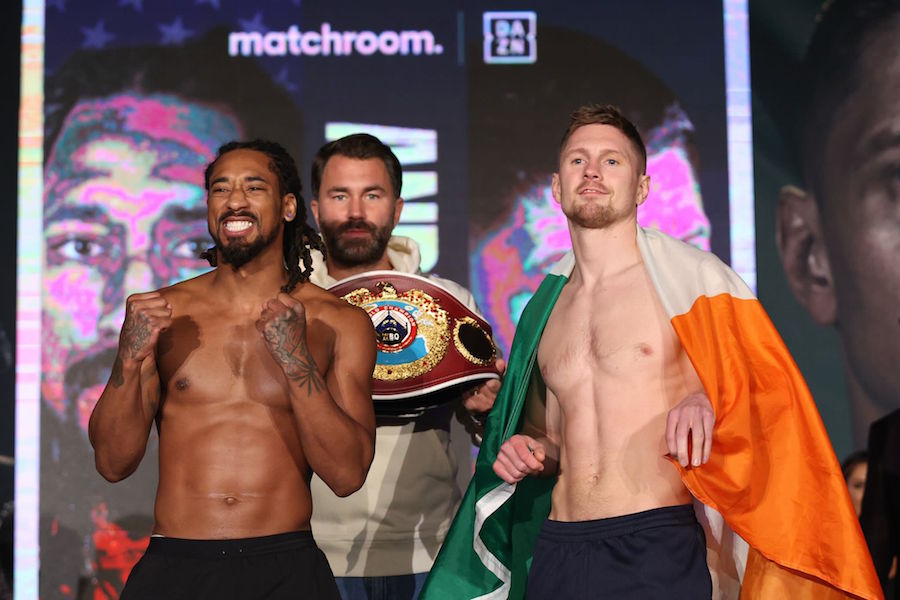 “My fans are going to see an unbelievable performance. I’m going to put it on for them.

“I’ll have to be on top of my game but I believe if I bring my best performance I can be world champion.”

Quigley has weighed in at 159.8Ibs while his rival tipped the scales a fraction heavier at 160Ibs.

Jason is not expected to start his ringwalk until 4.50am Irish time but that could be earlier if the earlier bouts are cut short.

Irish fight fans can watch the bout live on DAZN if they pay a one-off €7.99 monthly subscription.

(All photos by Ed Mulholland/Matchroom Boxing.)