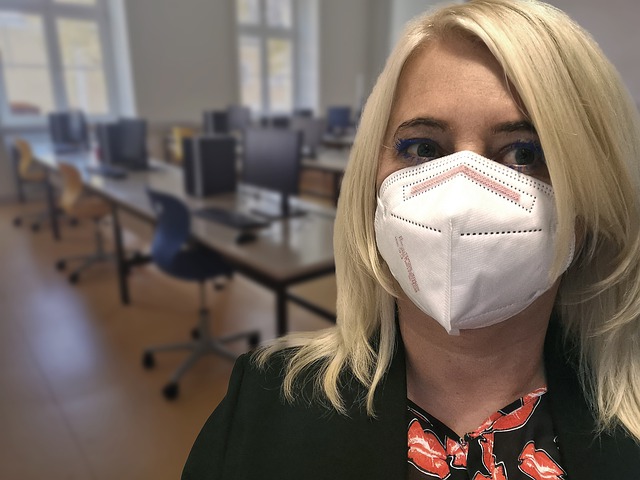 The Covid-19 virus spread to more than 3% of all Donegal’s primary school children over the last two weeks, the INTO has revealed.

A snapshot survey of 3,100 school principals across Ireland uncovered the extent of the health crisis and the substitution crisis in primary schools.

Soaring transmission levels were recorded in schools, at a time when contact tracing has been stopped for school settings by the HSE.

In Donegal, principals reported an average of 3.2% of their pupils tested positive for Covid-19 between 1st-16th November 2021.

INTO General Secretary John Boyle said the primary education system is “creaking at the seams”.

“Soaring transmission levels are an indictment of the premature removal of testing and contact tracing from our primary schools, and of the frustrating failure to move quickly to deploy antigen testing. The cessation of public health risk assessments following primary school outbreaks, and the resulting unavailability of weekly reports detailing infection levels from 27 September, has concealed the escalation of positive case numbers among pupils and staff in primary schools.

” It simply cannot be a coincidence that the number of 5–12-year-old children contracting the virus has trebled since crucial public health supports were removed from the primary sector less than two months ago, abandoning teachers and principals to protect themselves and their unmasked, unvaccinated pupils from the impact of the highest wave of infection in their schools since the pandemic began.” 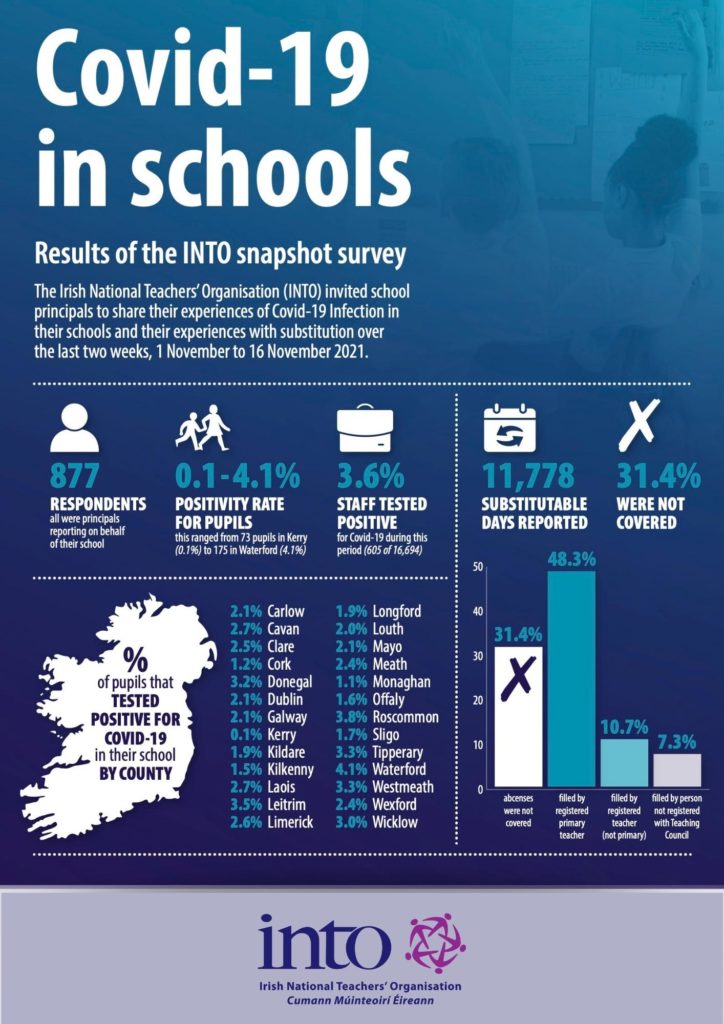 The INTO is calling for an immediate review of the Covid-19 response plans for primary and special schools to address the upsurge in infection levels since the delta variant took hold in school communities.

From now until Christmas, the union is calling for the provision of more air quality monitors and air filtration systems to primary and special schools, as well as  scaled-up public health mitigation measures.

Reacting to the data collected on the scale of the substitution crisis, Mr Boyle said: “The INTO believes that the increasing infection levels among staff could have been avoided had the government heeded our calls for the continuation of the mass testing, tracing and risk assessments that served our primary schools so well during the last school year.”