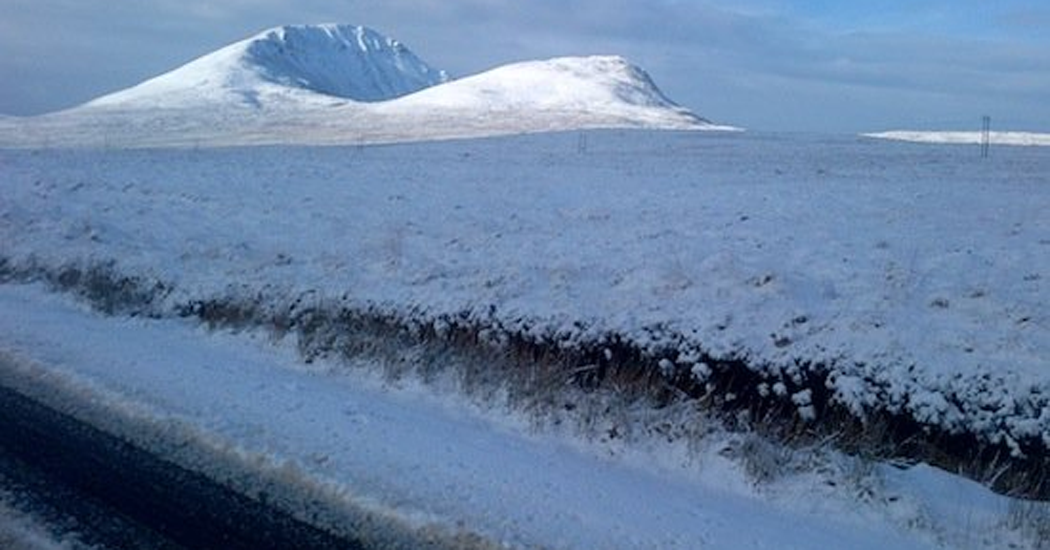 Donegal ‘most likely’ to have a white Christmas – report

Donegal is one of the few counties ‘most likely’ to have a white Christmas.

That’s according to new research from The Digital PR hub at Legacy Communications.

They gathered weather data for each county over the past ten years and spoke to weather experts to predict the counties most likely to see some snow this December 25th.

Ireland is set to be hit by the first snow of winter 2021 this weekend as Met Eireann has predicted flurries will hit the country on Saturday night amid storm Arwen.

But what are the chances of a white Christmas?

Their research has revealed the counties with the highest likelihood of snow this December 25th, with Donegal and Tyrone tied for the top spot – both coming out with a likelihood of 60%. 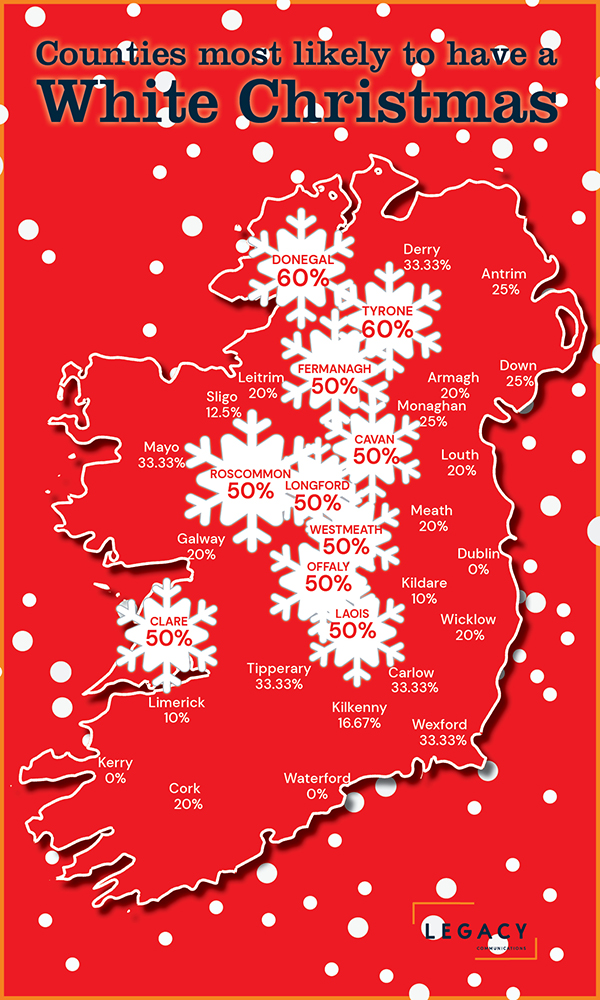 Legacy used TimeAndDate.com and Met Eireann to gather extensive data on weather conditions for each county over the past ten years to figure out which counties were most likely to get snow for Christmas.

Weather expert, Alan O’Reilly of Carlow Weather said: “Some weather signals are showing a risk of a colder spell of weather early in the winter which would increase the chances potentially of a cold spell in December.

“There are some signals that we could see some cold spells with high pressure out in the Atlantic blocking the weather systems coming from the West and seeing more of a northerly and easterly influence which gives us a chance of cold air coming down from Polar regions or Scandinavia.

“Your best chances for snow are always in the north or the east. Generally, northern areas will always have a better chance, so do Ulster counties because they’re closer to the northerly cold air – The closer you are to that cold air the better the chances are.”

The data team looked at the likelihood of snow on Christmas Day by finding the number of Christmases that each county had hit freezing point (the temperature at which snow can fall and stick to the ground) while also experiencing precipitation.

Claire O’Grady; Digital PR Hub; Legacy Communications commented: “Interestingly, the data also found that temperatures decreased once again over the last two years with precipitation going up last year, meaning there could be an indication that we won’t just be dreaming of a white Christmas this year after all, especially given the cold snap we have already been seeing throughout the country.”