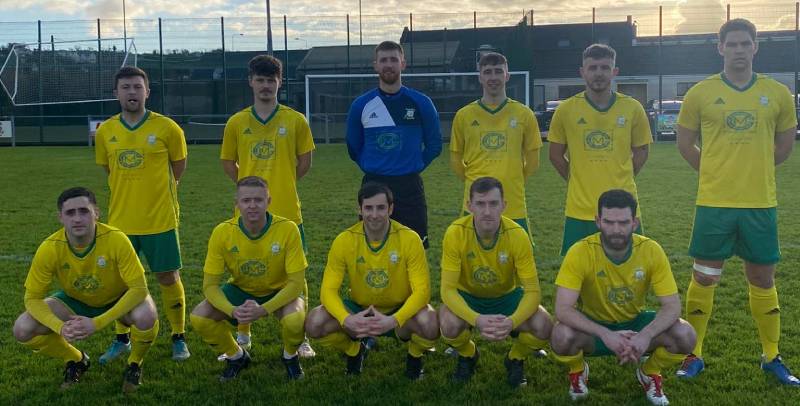 Tony McNamee, Deano Larkin, Micheál Doherty and Gareth Harkin all scored for Jason Gibson’s men. The Dry Arch men were economical if not at their best as they made the most of the big moments in the game.

Ten-man Cockhill, who saw Keegan Hegarty red carded in the 22nd minute, were still in the game until Doherty netted the home side’s third goal on 54 minutes.

Bonagee took the lead after just three minutes, Tony McNamee scoring from a penalty after Jason Breslin was deemed to have fouled Larkin. Referee Michael Connolly initially showed Breslin a red card before changing his mind, deeming that the Cockhill defender had made a genuine attempt to play the ball.

Cockhill had a big chance to get back on level terms when Corey McBride was fouled in the 20th minute. However, Shaun Patton saved from Garbhan Friel’s penalty.

Doherty made the win safe when he slotted in after Jamie Lynagh hit the post. It was game, set and match when Harkin steered to the bottom corner for his first Bonagee goal. 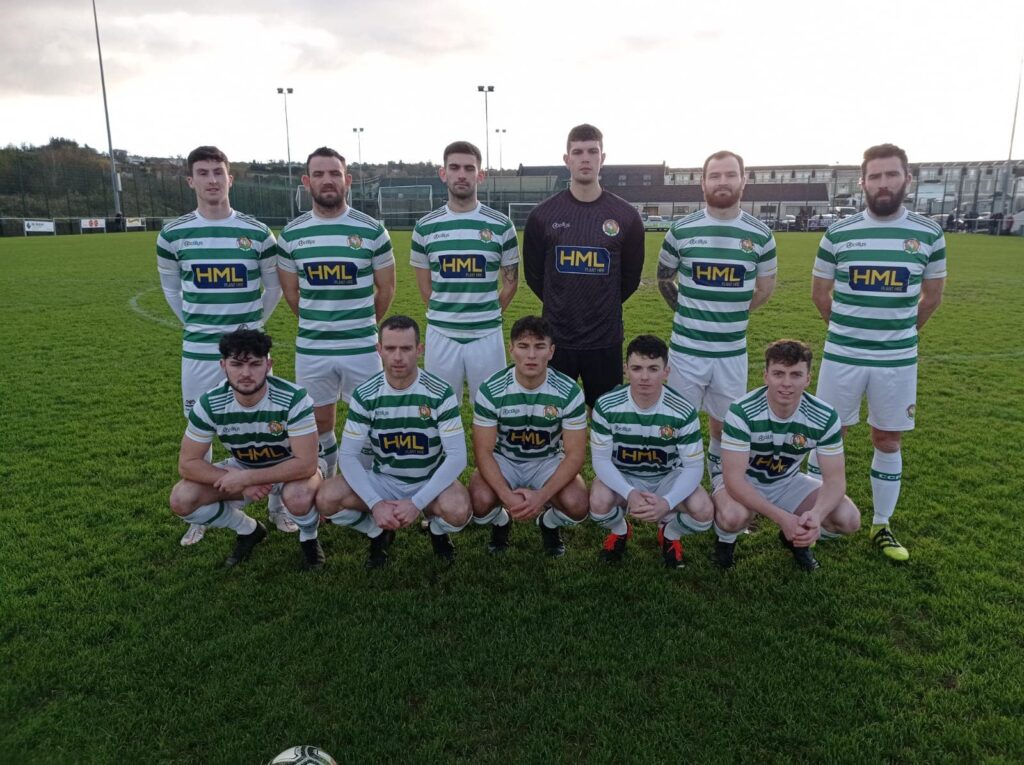 Letterkenny Rovers produced one of their most convincing displays of the season as they defeated Derry City Reserves 5-0 on a pleasant afternoon at the Aura on Sunday.

Rovers started on the front foot and could have been three up inside the opening ten minutes as Sean McBride brought a fine save from City keeper Oisin Gibson, Kevin McGrath shot just wide and Chris Malseed saw his goal-bound effort cleared off the line.

Rovers did eventually break the deadlock on 20 minutes when Adrian Delap did well on the right side before pulling his cross back to Gareth Doherty who fired high past Gibson.

The home side doubled their advantage minutes later when Connor Gormley’s audacious overhead kick crashed off the crossbar and the ever alert Tim Callaghan nodded home from almost on the goal line.

Ferry came close again for the visitors but two goals before halftime ended the game as a contest.

Conor Tourish bullet header from a Delap corner made it 3-0 on 36 before Callaghan beat the offside trap and finished well to make it 4-0 on 42 minutes.

Rovers made it 5-0 straight after halftime when Tourish fired a thunderous low drive home after Rory Gallagher supplied the cross from the right.

Derry pushed hard for the remainder of the game and hit the post through a Harris header but Rovers defended well to ensure their clean sheet remained intact.