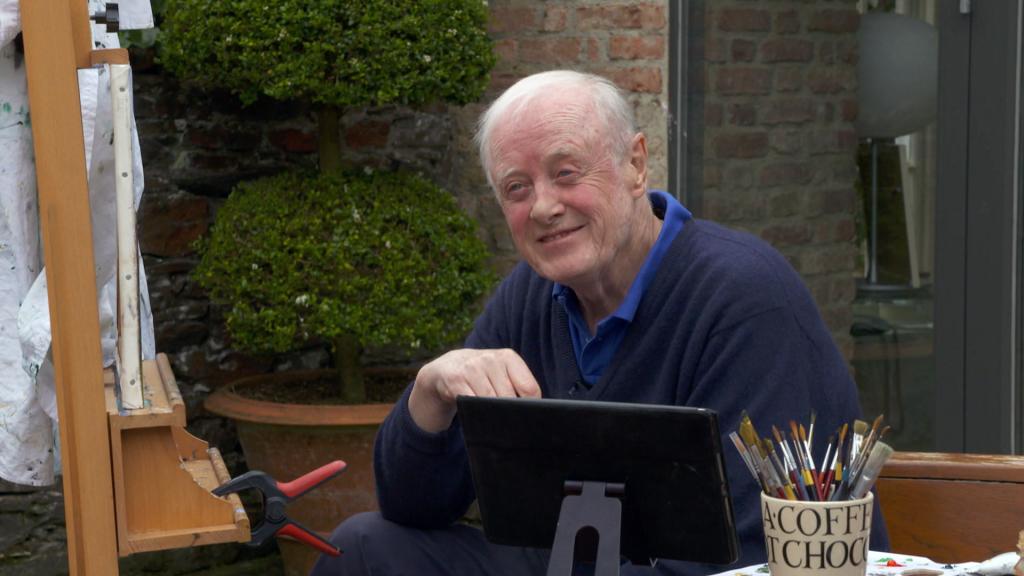 Poignant interview shares another side to the late Gerry Robinson

A special tribute to the late Sir Gerry Robinson was aired on RTE Nationwide last night, revealing the creative and introspective side of the businessman and broadcaster.

Sir Gerry, owner of Oakfield Park in Raphoe, passed away in October of this year.

In tribute, RTE Nationwide aired one of his last interviews, recorded with local journalist Mary Harte in September 2020.

At the time of recording, Ireland was emerging from lockdown. The topic of the interview delved into the changes that Sir Gerry had seen in the world, and in himself, when everything slowed down.

As the son of a Donegal carpenter, who later became one of Britain’s most successful businessmen, Sir Gerry used his time at home to revisit his love of painting and carpentry.

Showcasing his latest work, he spoke of how the lockdown forced people to break free from the rat race and to realise what is really important.

“I think we should all have discovered that actually life is too complicated. We are doing too many things. We are doing things that aren’t really necessary.

“And then suddenly, there’s this permission to actually not do any of that stuff. It has re-energized our thoughts about ourselves. It certainly made me think about the world very differently,” he said.

The interview shares an intimate glimpse into Sir Gerry’s life away from boardrooms and TV cameras. To watch in full, visit the link below and skip to 16 minutes into the programme:
https://www.rte.ie/player/series/nationwide/SI0000001172?epguid=IH000400689

Poignant interview shares another side to the late Gerry Robinson was last modified: December 9th, 2021 by Staff Writer
FacebookTweetLinkedInPrint