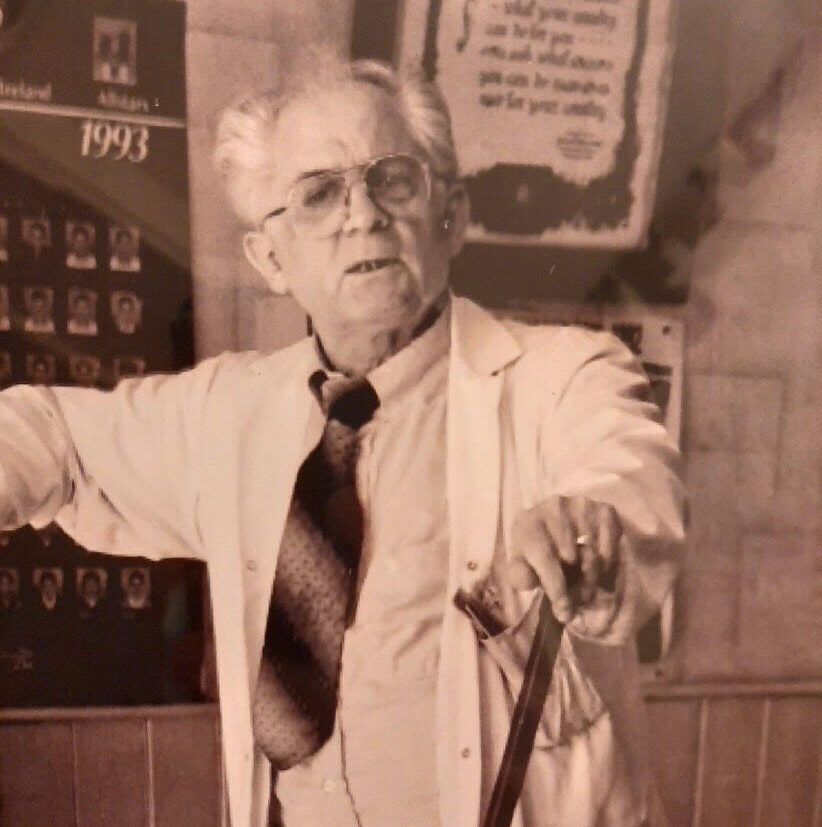 Eddie passed away peacefully last night at his home at Navenny Street, Ballybofey, surrounded by his loving family. He was 92 years-of-age.

Beloved husband of Vera (nee Blee) and much-loved father of Seán and Ann Marie, he is also survived by his brothers Tommy (Crossroads) and Barney (Coventry).

A native of the border townland of Meenagoland, Killygordon, Eddie took over a barber shop on Navenny Street, in the 1960s.

A legendary storyteller,  men travelled from as far as Glenties and beyond for a trim and to be entertained by his many recollections of battles, on and off the pitch.

Eddie retired 20 years ago and his son, Seán, took over the business which today remains a thriving barber and hairdressers.

A staunch GAA man, Eddie led the local Sean MacCumhaill’s, alongside Josie O’Meara, to a Senior Championship title in 1959.

Indeed, nothing made him more proud than to see his grandson, Oisin Gallen, win an Ulster title with Donegal under Declan Bonner.

In compliance with current HSE and Government restrictions the house will be strictly private to the immediate family only, please.

Funeral leaving his late residence on Saturday at 1.40pm for Requiem Mass at 2pm in The Church of Mary Immaculate, Stranorlar.

He will be laid to rest afterwards in St. Mary’s Churchyard, Sessiaghoneill. The Requiem Mass will be streamed live via the Parish Webcam at https://www.churchservices.tv/stranorlar.