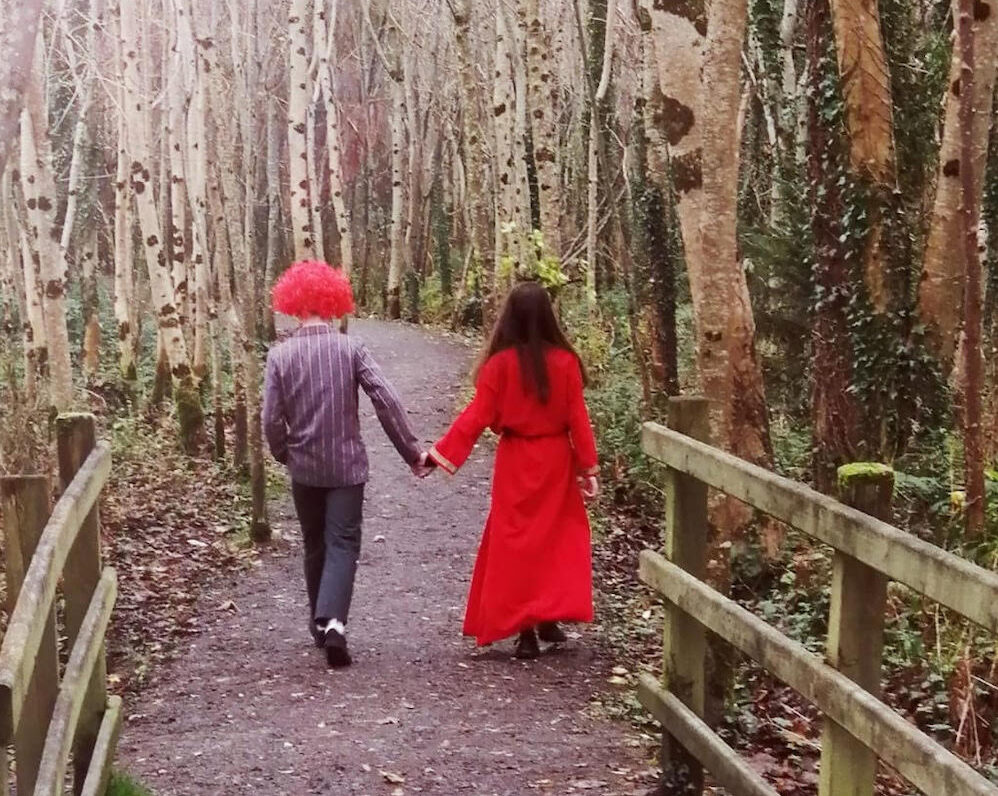 Watch: Local students really are ‘away with the fairies’

Students in the Twin Towns are really ‘away with the fairies’ in Act 8 of their famous ‘12 Acts of Christmas’ online concert series.

Shakespeare meets Buster Keaton by way of Pixar – if you go down to the woods today, you’ll never believe your eyes!

However, due to the pandemic, the concert has been forced online for the second year running.

“We have a simple mission statement, any kid that signs up and wants to be on stage gets to go on in at least three acts,” explains Mr Byrne.

“This, as you can imagine, is a bit of a logistical nightmare and requires a lot of rehearsals that begin back in September as we have about 90 students plus staff to put on stage. Luckily we have a good team, myself, Lisa Treanor, Freddie Godliman and local Lass Nicole McCafferty. After the show all students were brought to the Bord Gais Theatre to see a top West End Musical. Due to covid last year we decided to take the show online, and took the idea of 12 Acts launching a new performance every morning coming up to the last day of term.”

And it went down a bomb last year, with around 40,000 hits on the videos on the Finn Valley College Facebook page.

“It’s hectic but rewarding, and it creates a lovely buzz around the school,” continued Mr Byrne.

“While it doesn’t match the buzz of a live show in the Balor – it’s a good substitute. It’s great for the wellbeing of all staff and students and helps end the year on a high.”

The school produces 12 acts in total: five last week, five this week and two on the final term week.