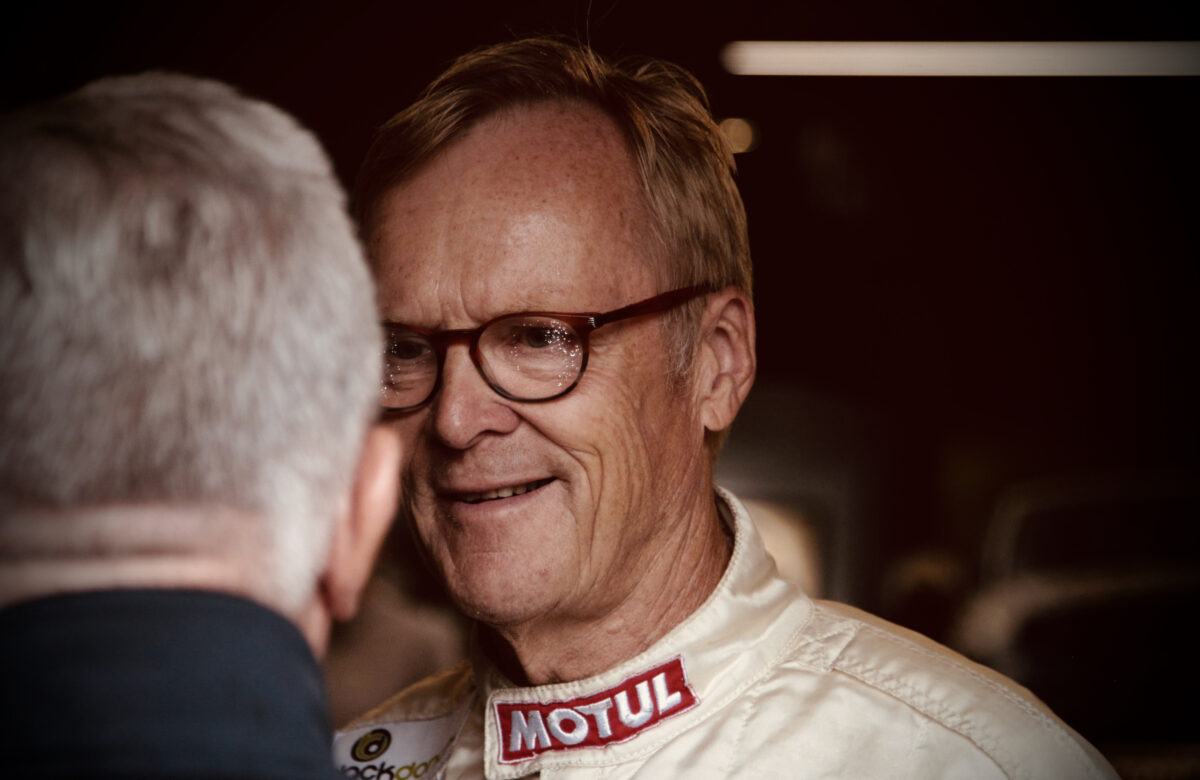 I’m slowly making my way up to the front door of the Ballyraine Hotel. The crowds are moving back just enough to let me drive through but remained close enough to give the car a pat on the roof as I pass their point “Good man young McDaid” is called in the window as I get nearer to the door.

My rear view mirror is full of Cathal Curley’s Porsche 911 behind me. His eyes catch mine. For a moment they look cold as steel and then they transform to a respectable smile. Even though I went off passing nearly a minute on Friday, I had faster times than the three former winners on all of the Saturday stages. And even though he battled hard on Sunday, the gap was too big. He was second and his smile respected that.

Soon I’ll be backing up my car against the hedge in Parc Ferme at the back of the hotel reserved for the winner, I may have started out at one hundred and forty nine on Friday morning but this wee yok never put a foot, or wheel wrong all weekend.

The winning laurels have now been taken out from the Ballyraine they are placing them on the bonnet the cheer of the crowd goes up even Cathal is blowing the horn of the Porsche to join in the celebrations.

As I pull away from the improvised ramp at the front door the sound of the cheering crowd fades away but Curley’s twin air horns has got louder and a bit more aggressive, I straighten the rear view so he will know that I’m looking at him but I can’t see him anymore. All I can see is the ditch. It’s not the ditch in Parc Ferme but I’m sitting in one of the cars in the forecourt in Hegarty’s Auto Service the horns that are blowing are customers that pulled into the pumps looking for petrol My Shell sponsored rally suit turns back into a shop coat as I stride across the garage forecourt to fill them up

It’s the back story that always makes the cornerstones for events in your mind, from small details when we looked forward to the future and didn’t realise we were living our dreams.

I spent many days daydreaming of when I would eventually be the age to get on the road officially!

Today it’s the Playstation and the likes that grant you any location and any car that you want to experience.

In our day it was a lot different, my playstation was an old Opel Estate that was coming to the end of its days in Hegarty’s Garage.

There was always an excuse to move that Opel Service Estate. Everyone used it for every job needed, I think even the builder that renovated Hegarty’s shortly after they changed over to Ford used that old Estate in the refurbishing and ended up even buying it, such was its unwillingness to give up.

In 1977 when I started to work in Hegarty’s it was well battered but it was the colours that it was painted which gave me much of its appeal. In those days the Opel Colors were Yellow over a black base.

Tucked away in the back of the new extension of the garage was a rally car that was painted in the identical colors right down to a black pinstripe that ran the length of this Opel Kadett GT/E. I was lucky enough to get a few lifts home in this very powerful rally car.

You could see the spotlights light shaking on a winter’s night on the run up to a navigation rally that Andy would be competing in, it was an a powerful ex works rally car it was the quickest car ever got a lift home in and made very short work of the hills up to Glencar. but most of my day dreaming was done sitting behind the wheel of the service car in matching colors sitting with my arm leaning out the window as most people did in those days. Changing gears and dreaming I was competing in the Donegal rally or just heading for a spin up the town. 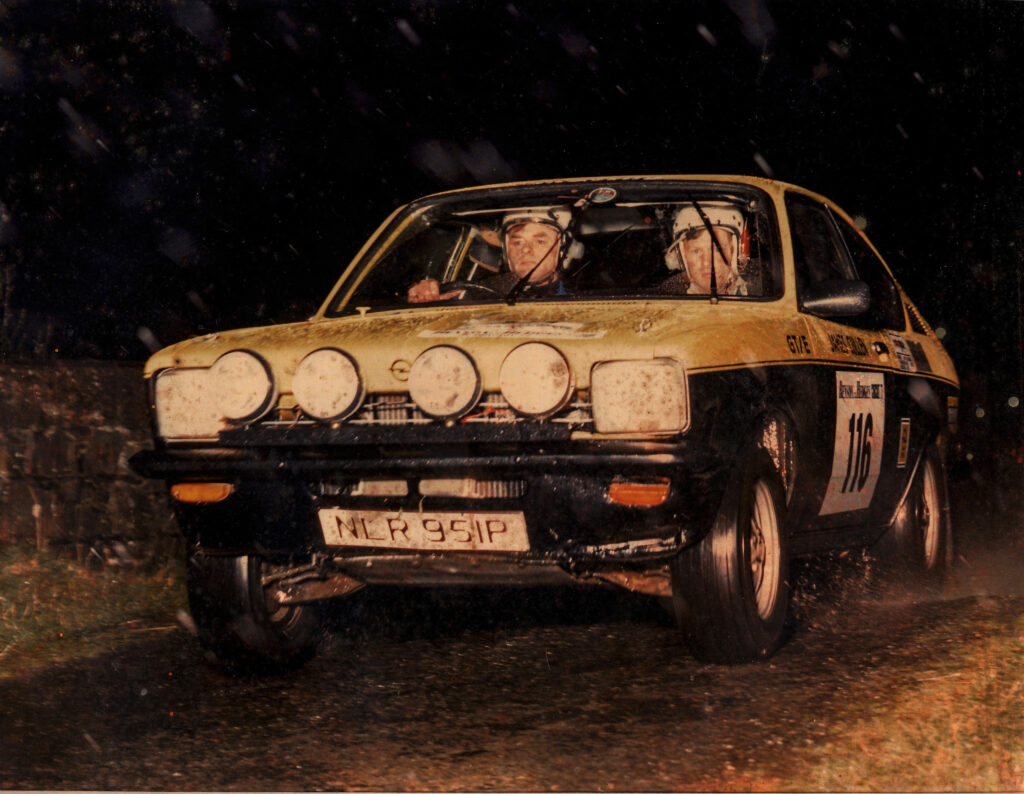 Sadly there isn’t an original photo of that Opel Kadett Estate so I have included a black and white picture of a similar Kadett B to give you a picture of how ordinary it was, but it’s cousin the GT/E graced the old wall of the old Opel and Ford Garage in Ballymacool for many years and is on the wall of Hegarty’s garage at the Mountain top to this day. 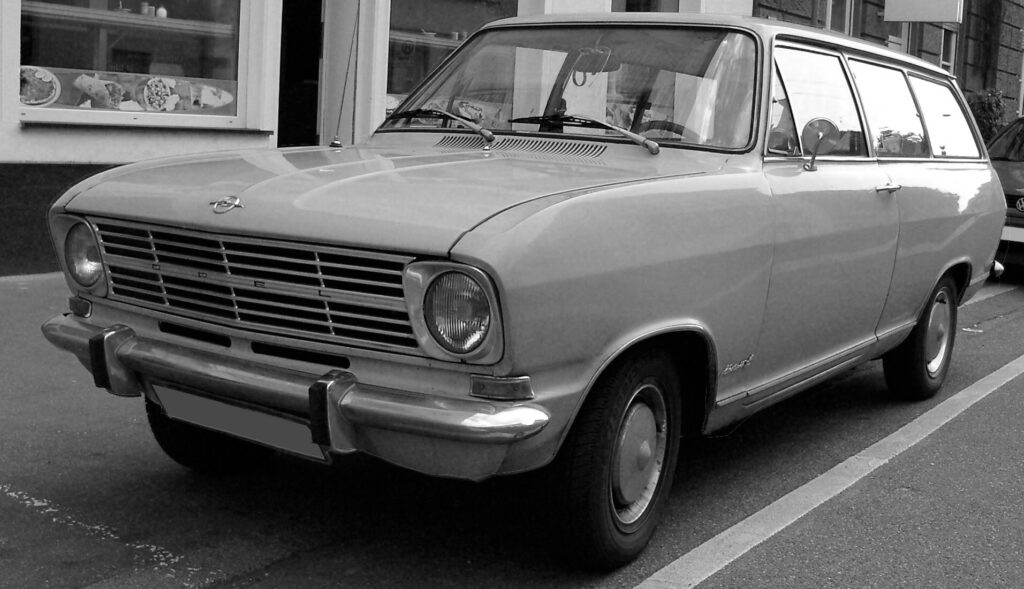 An Opel Kadette estate simolar to that of Hegartys which was painted in the Works Opel Colours.

The picture was taken on the 1977 Bensons and Hedges Circuit of Ireland rally with a youthful Andy Hegarty at the wheel with a very young navigator, Double Donegal winner James Cullen on the notes. (Both of them also did the Galway Rally that year.) The car was still in its works colors which made it just perfect to market Andy Hegarty’s Opel Dealership. It was always said that this car originally was an ex Brian Culcheth car but doing a bit of searching I found the name Mike Rawson was the driver of the car on the 1976 RAC Rally. 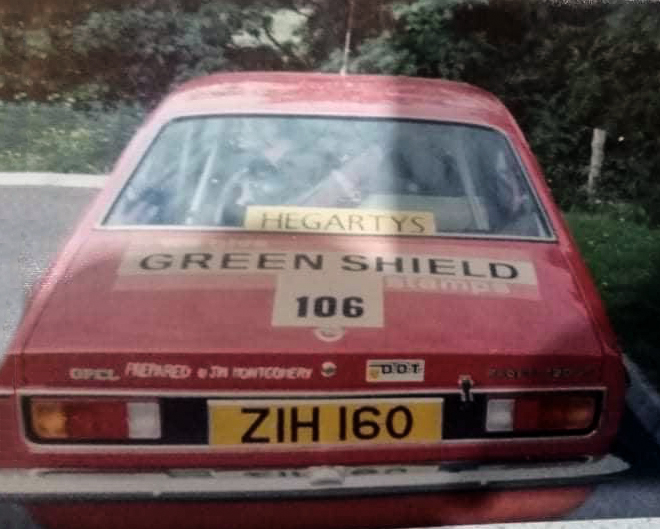 Slightly straying from the mark I ended up looking at one of ‘DIRT 3’ cars which had a more aggressive looking GTE with arches as one of the offerings to compete in. It’s registration, a N plate, would make the car registered in 1974 but its headlight arrangement with the Indicators up alongside them is from the face lift model a few years later. Andy’s car on a P number plate is 1975 and battered as they might look they indicators are in the proper place (below the bumper) And the scaled model for Walter Rohrl and Mike Broad for the early Opel Kadett GT/E backs Andy car both in details and colors and my wee Kadett Estate of course! 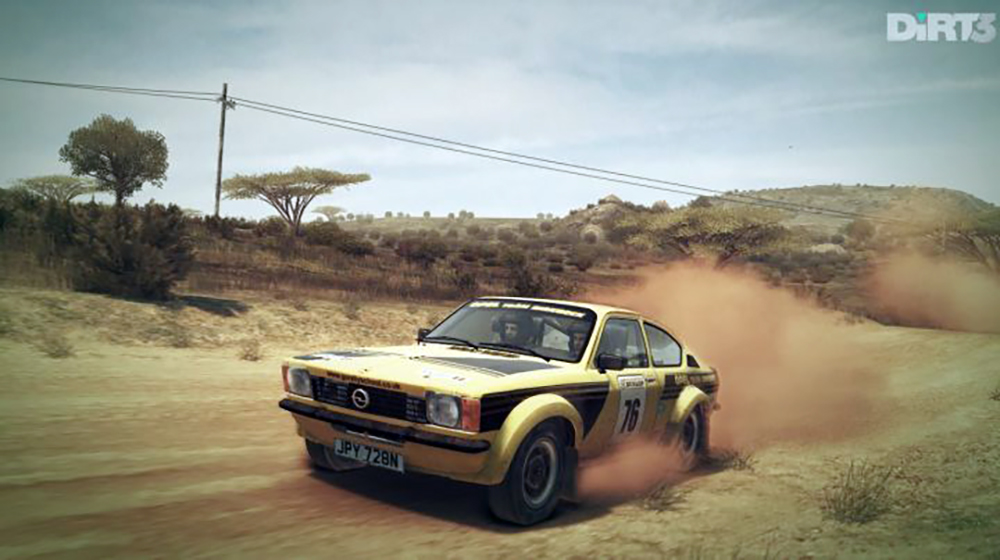 But a certain flying fin arrived in Donegal in the early seventies with David Richards, who was navigator and also secured a sponsorship deal with then local Opel dealer Andy Hegarty. Part of the deal was to supply Vatanen and Richard’s with a car to do the reconnaissance (Recce) for the event. On the days coming up to the rally the crew landed back to Andy in Ballymacool on foot, A day I could only imagine Vatenan’s broken English was a blessing as David Richards tried to explain how Ari rolled the car that Andy had supplied to them, not only that he rolled but that he had rolled it in reverse! Whatever happened in Andy’s office that day Andy Hegarty and David Richard gave the young Finn a second chance and Andy sponsored Ari on his return in 1978, Now in an Escort RS1800 and Andy A New Ford Dealership they were a winning team. 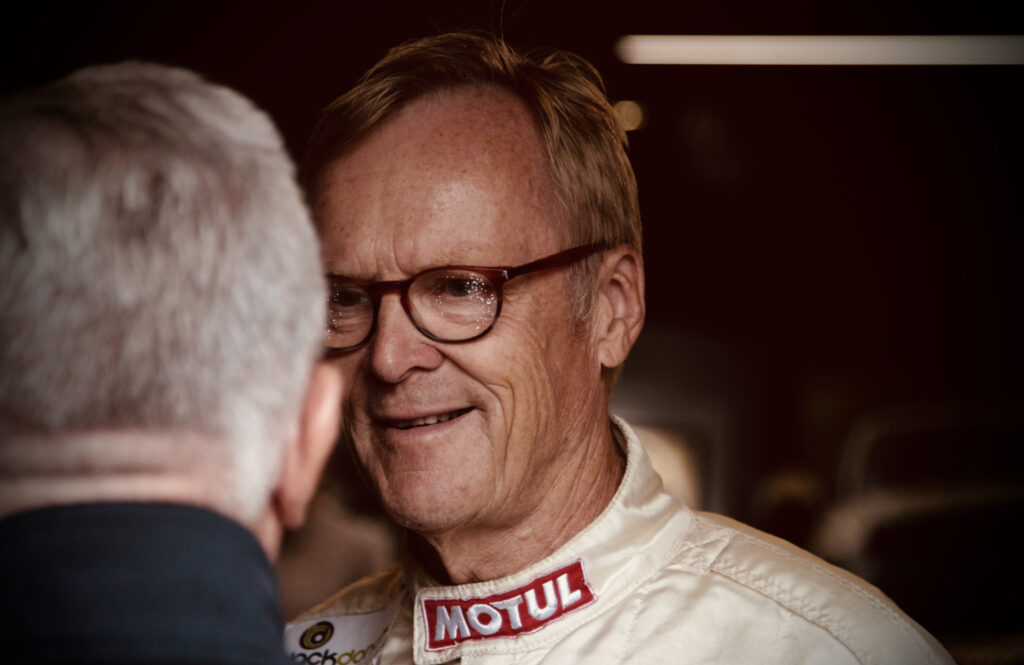 The great Ari Veteran who rolled one of Andy Hegarty’s Kadettes on his first trip to Donegal. Photo Brian Mc Daid.

Over the years I often wondered what kind of car did Ari Vatenan rolled belonging to Andy. Some say it was an Opel Ascona, and over the years that could have been mixed up with the Ascona, a right-hand drive one, that he competed in the event in. In more recent years, an old Kadett coupe that Andy rallied was the car that was originally rolled by the Finn.

Recently Andy’s son Andrew found a few photos of that car. But after chatting to a few working with Hegarty’s in the seventies, the Red and black Opel Kadett coupe registered ZIH 160 would have been too new. Recently we found the registratration the car that Ari Vatenan rolled on his first run to Donegal. It was believed to be brown metallic on the number plate PIH 661, it was a Kadett B, the same model as my service estate. Its indicators may well have been modified to a new location that day in June in the 1970s on the young Finn’s journey to becoming a Work Rally Champion.