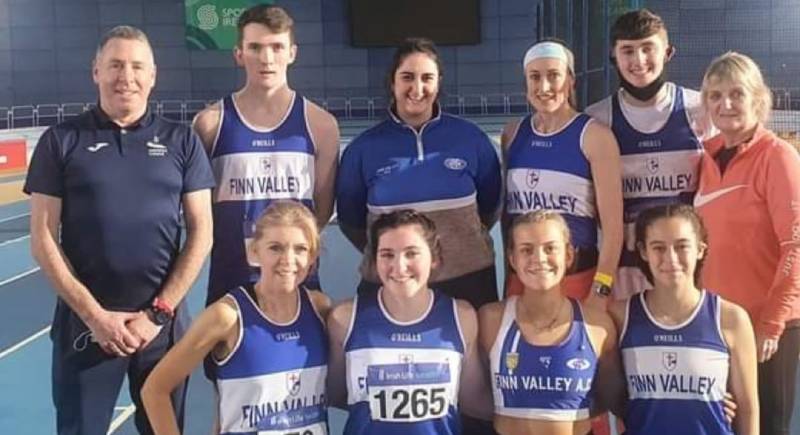 Donegal athletes started the first round of the National Indoor League strong with some winning performances in Dublin.

Finn Valley AC’s Gavin McLaughlin won the men’s shot put event with ease, throwing a 16.51 on his last throw, well ahead of Eoin Sheridan of Clonliffe Harriers whose best was 13.35.

In the women’s shot put, Bridget McDyer once again had Finn Valley victorious with a best of 9.53m, ahead of nearest rival Lara O’Byrne (Donore Harriers) who threw a best of 9.34m.

Meanwhile, Catriona Devine finished second in her 800m, finishing with a time of 2:27.91.

Aoife McGee was 5th and Luka Browne was 6th in their respective 60m sprint races, finishing in 8.48s and 7.63s respectively.

In the guest events, McHugh won his 400m race in 54.94 while several Letterkenny AC athletes performed well in these events.

Sheldon Romeo Nyoni was the winner of his heat in the 200m. His time of 23.72 saw him finish an impressive 2.54 seconds clear of his nearest challenger, Craughwell AC’s John Walkin. Sheldon also put on a very impressive performance in the 60m. He was 2nd in 7.47 seconds, just 0.31 of a second behind winner, Gabriel Kehinde, Ennis Track AC.