The sudden death has been announced of popular chef, John Willy Boyce.

Mr Boyce was the Head Chef at The Traveller’s Inn, Milford.

“On behalf of Michael, Louise, family and staff at the Traveller’s Inn, it is with heavy hearts we have to share some very sad news with our customers – our Head Chef John Willy Boyce has passed away suddenly and unexpectedly,” the owners stated on their Facebook page. 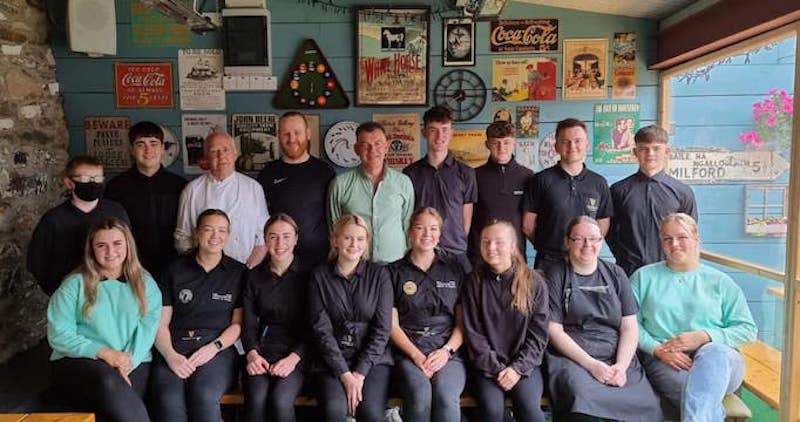 The late Mr Boyce with his colleagues at The Traveller’s Inn.

“We are heart broken and shocked. Rest in peace John Willy, the kitchen will just never be the same without you. Little did we know last night (Friday) would be your final shift with us, as you left saying  goodbye and good luck. You will always be our much loved John Willy The Pro.”

As a mark of respect, the premises will be closed today until further notice.

Funeral arrangements will be confirmed later.