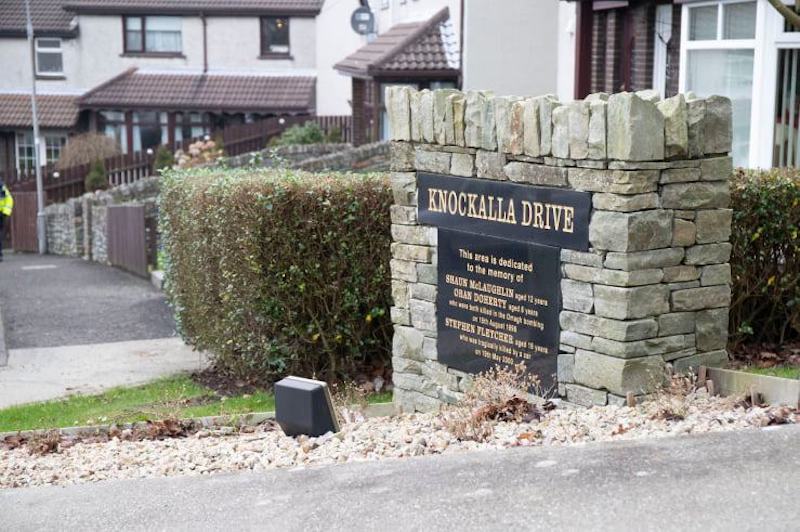 Gardaí have said they are continuing to investigate all the circumstances surrounding the discovery of a body in Buncrana on Friday evening.

At approximately 7:10pm, the body of a man in his 50s was discovered lying in a laneway behind a row of houses in Knockalla Drive.

The man has been named locally as John Kelly who worked as a caretaker at St Oran’s NS, Cockhill.

Mr Kelly, who was originally from Derry, had been living in Buncrana for around 25 years.

Donegal Daily understands the death is being treated, at this time, as being ‘not suspicious’.

“The post mortem has been completed by the Office of the State Pathologist, the results of which are not being released for operational purposes,” a spokesperson for the Garda Press Office said.

“An Garda Síochána wish to appeal to anyone who was in Knockalla Drive or the surrounding area between 6:30pm and 8:00pm on Friday evening, or anyone who may have any information in relation to this incident who have not yet spoken to Gardaí, to come forward and speak to investigating Gardaí.”

Anyone with any information is asked to contact Buncrana Garda Station on 074 932 0540.