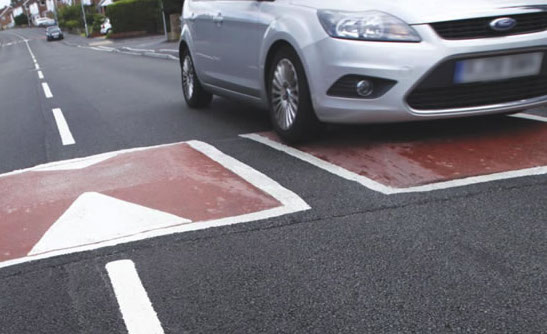 Speeds ramps have been installed at a notorious Letterkenny junction.

The ramps have been put down at Ard na Ri at Glencar following a number of crashes.

Residents have lobbied for the installation of traffic measures at the junction for months.

It follows the most recent crash two weeks ago when two young men were hurt following a three car collision at the junction.

Local county councillors Gerry McMonagle and Jimmy Kavanagh have highlighted the dangers of the junction in recent months.

Donegal County Council have now placed four speed ramps at the entrance to two sides of the junction in a bid to slow down oncoming traffic.