Donegal team to face Kildare named as per programme

Jason McGee comes in for the injured Ciaran Thmspon as Donegal make just one change to the team that drew with Mayo.

The Donegal team to play Kildare this afternoon in the Allianz League, as per programme, has been release.

There is one typo in the programme and one change which has already been flagged. Full back will be Brendan McCole – his name is down, erroneously, as Niall Mac Aoidh as gaeilige.

Number 26 will now be Aaron Doherty from Naomh Columba and not Naomh Conaill’s Odhrán Doherty. 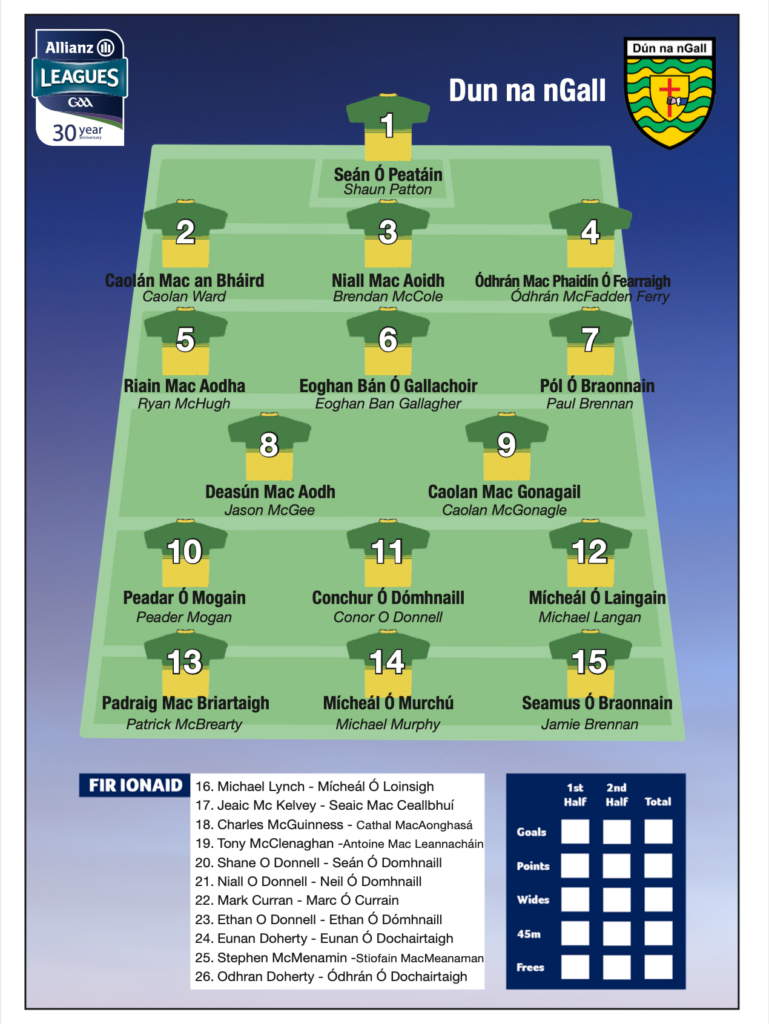