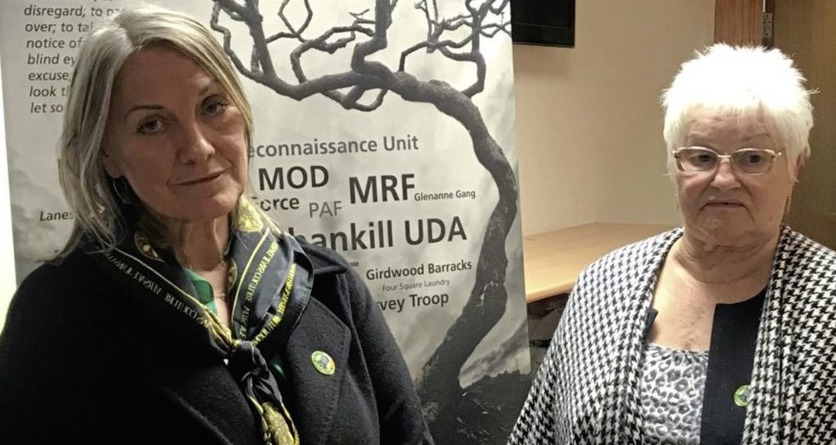 The family of the late Eddie Fullerton has called on Cllr Frank McBrearty to stop alluding to their father’s demise to “further his own agenda.”

In a hard-hitting statement in support of Cllr Jack Murray and the Sinn Fein Party, the Buncrana family criticised the actions of Cllr McBrearty.

It follows recent claims of corruption within the council by the Raphoe councillor.

She said that on behalf of her mother and the Eddie Fullerton Justice Campaign, they are utterly outraged at Cllr McBrearty’s allegations against Cllr Jack Murray and the Sinn Fein party, which they say have absolutely no place in their campaign.

Ms Fullerton said “If they were both still alive, in no way would Eddie Fullerton and Albert Fullerton support these attacks against you and the Sinn Fein party, nor would they condone such aggressive behaviour as a viable tactic for fighting corruption.

“Eddie Fullerton fought throughout his political life to expose corruption in a passionate, measured and respectful way. While we all strive for justice and to highlight corruption where we find it, we need to do it with decency and respect for our fellow citizens. In the spirit of our Father and Albert, we in the Eddie Fullerton Justice Committee try to do the same.

“The Fullerton family has relentlessly pursued a long, arduous, legitimate and respectful campaign to uncover the truth and to build support, and we feel that any attempts to disregard our Family’s campaign is entirely disrespectful and ultimately futile.”

Ms Fullerton stressed that Cllr McBrearty knows nothing about the intelligence that their campaign has uncovered, nor does he have any new information on her father’s case that his family does not already know.

She added “Finally, Eddie Fullerton believed passionately in his beloved Sinn Fein party which he worked tirelessly to build in Donegal. There is no doubt that he would be extremely proud of your work Jack as a dedicated and passionate Irish Republican, and as a leading and inspiring force within Sinn Fein.

“The Fullerton family is also very proud of your hard work and achievements, and is particularly grateful to you and the Sinn Fein party for supporting our Justice campaign over the years, and for fighting corruption in whatever form it takes. We know that Eddie Fullerton inspired you, and we all know in Donegal that you have done his memory proud.

“On behalf of the Fullerton family, I am calling on Cllr McBrearty to cease alluding to the tragic demise of Eddie Fullerton and Albert Fullerton to further his own agenda.

“The recent announcements and allegations by Cllr McBrearty are extremely upsetting for our mother, and will serve to achieve nothing.”