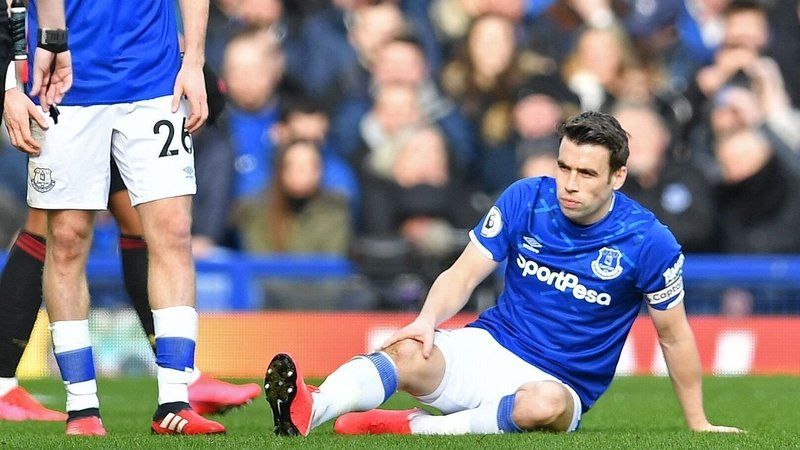 Séamus Coleman says he’s ‘well aware’ Everton fans want to see the players do their talking on the pitch rather than in the media.

The Merseyside club are in serious danger of relegation, just 2 points above the drop and having picked up just 6 points of their last 45 available, less than any other team in the league.

The Killybegs man told SkySports: “I’ve got to come on here and do the talking to you and do the interviews to you, but I’m well aware that the Evertonians want to see actions on the pitch.

“That’s what we’ve got to look to do, but the lads are right up for it. We’re training well and we believe we can come good.”

The Toffees sacked Rafa Benitez last month after six and a half months in charge, the shortest ever reign of an Everton manager, and replaced him with Frank Lampard.

Despite getting off to a good start in the cup, Lampard’s first league outing was a 3-1 loss to fellow relegation threatened Newcastle.

But the Everton and Republic of Ireland captain has spoken highly of his new manager.

“He’s been great, he’s come in with a real hunger and desire to do well.

“His playing history speaks for itself and he’s got that respect. But what he does on the training ground as well, he’s out on the front foot out there and making sure we’re at it every day and keeping on top of us.

“But like you touched on, all the coaching staff he’s brought with him have been great along with those who have stayed.

“It’s been an exciting start, it’s been fresh and like I said, we’re not holding the baggage of a whole season. We’ve had a week under the new manager and we’re looking forward to that.”

Everton host Leeds United at Goodison Park on Saturday. Leeds are in 15th, 4 points and just one place above Everton who have a game in hand.