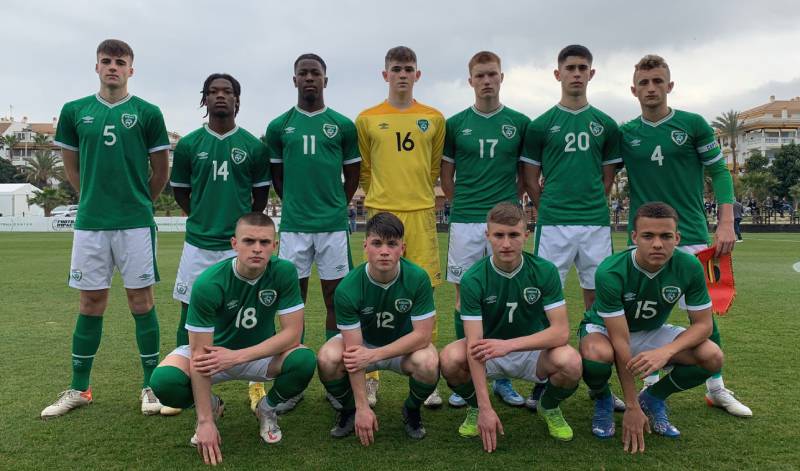 Clean sheet for Fintan Doherty in win over Belgium

Ireland drew with Belgium 2-2 on Thursday, with goals from Marco Umeh and Mark O’Mahoney, while Conor Walsh in goals saved a penalty.

Colin O’Brien made 9 changes from the draw with captain Sam Curtis and goalscorer Umeh keeping their place.

Doherty, who recently made the bench for Derry City in a friendly against Drogheda United, knew he’d have to perform well after the penalty save from Walsh in the first game, and the Letterkenny youngster provided by keeping a clean sheet in the 1-0 win.

Ireland used these games to prepare for competitive fixtures next month in the Elite Round of the UEFA Under-17 European Championship qualifiers.