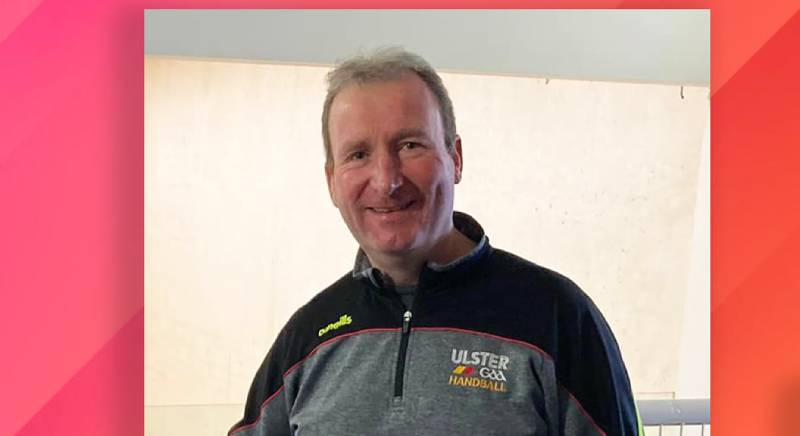 At the Handball Ireland AGM on Saturday, the current Ulster GAA Handball Chairman won a narrow contest, defeating Kilkenny’s Martin Lalor with 56% of the delegate vote.

McDonnell, a retired Garda living in Monaghan, became only the 4th Ulster President in the associations 98 year history, and the first since Sean McEntee in 1996.

McDonnell said:”I am delighted and honoured to be elected in as Uachtaran Tofa GAA Handball.”

He added: “Handball has lost a lot of ground over the covid period, including volunteers and players. Thankfully we did get playing the outstanding 2020 finals, Golden Gloves, Summer Series, She’s Ace and Irish Nationals. However, I believe we have to return to basics, ‘Any ball, any Wall’.

“We must re-enter primary schools, parish halls and community centres, and introduce children to handball at an early age, and support them, to develop their skills and techniques at the earliest opportunity, which in turn will allow them to play their preferred Codes at a later stage.

“Finally, I feel very proud today, having my son Mark present as Chairperson of the ICHA. Handball is in the genes, and we are all family in this brilliant sport of ours. I will work hard, and do my utmost, during my term of office to develop and grow the game of handball. Let’s all work together for a vibrant future for handball.”