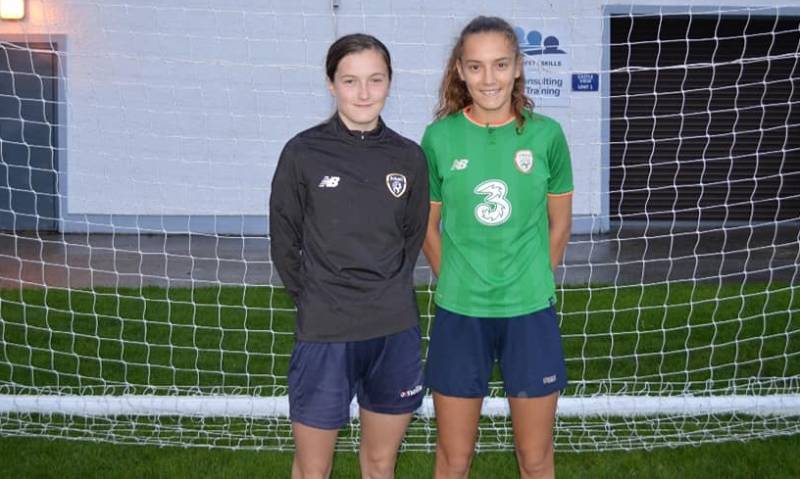 Donegal’s Keri and Jodie Loughrey have been called up for the Republic of Ireland Under-17 squad for two matches against Switzerland in Spain next week.

The two sisters, who both play for Donegal Women’s League Under-17s, will travel with the squad to Valencia where they will face Switzerland at the Olivia Nova Complex.

Head Coach James Scott has called up the Buncrana natives who will hope to be in action at least once in the double header, with the first game on Tuesday 22nd February, and the second game two days later.

The games are in preparation for the UEFA WU17 European Championship Round 2 qualifiers.

Ireland topped their group in the first qualifying round and have been placed in a group with Slovakia, Finland and Iceland.

Jodie captained the Ireland under-16s side in a friendly away to Portugal in Beja last month.