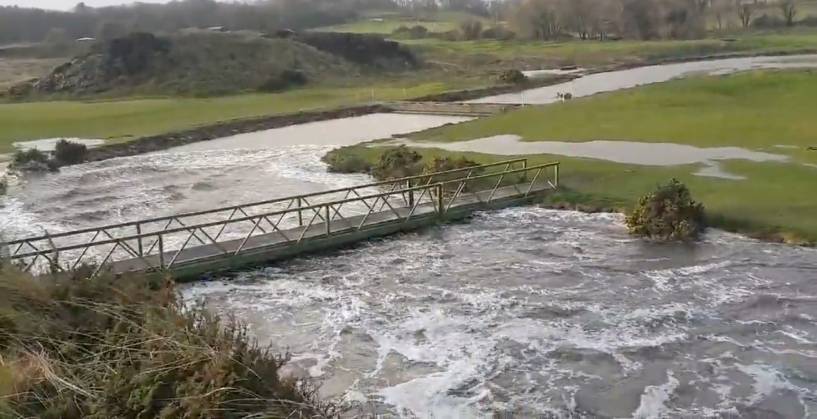 The golf course at Portsalon Golf Club took a battering today as a result of Storm Franklin.

Donegal had been left battered and bruised overnight after Storm Franklin ripped across the county.

There were trees down on the approach roads to Donegal Town and in Gartan.

There were also trees down in Inishowen while there is also heavy water reported along the sides of roads with motorists asked to slow down and not put themselves in danger.

Donegal’s coastline took a huge impact with massive waves reported along the coastline around the county.

The video, taken by Johnny Shields was taken from the tee box of the third hole.