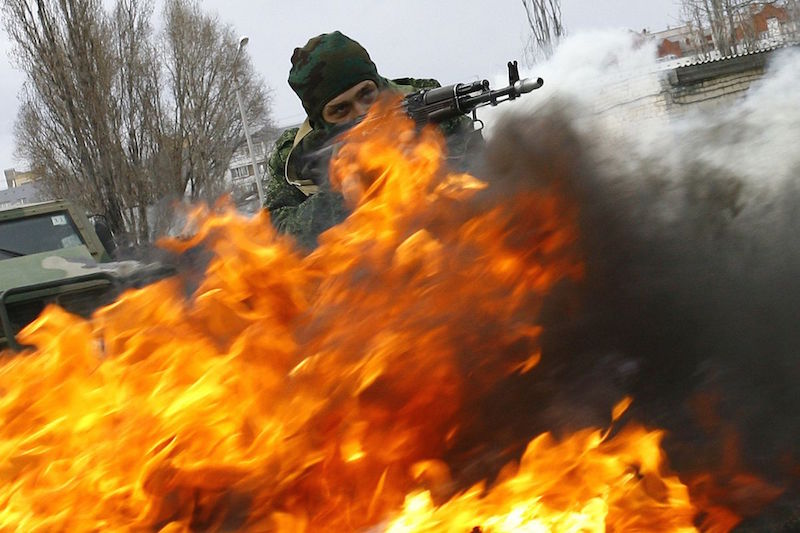 Russia has begun a full-scale invasion of Ukraine.

Ukraine’s president has declared martial law and urged citizens not to panic as Russia launched military strikes on the country.

Dozens of Russian tanks rolled in across Ukraine’s borders overnight as the country’s foreign minister called it a “full-scale invasion”.

The Russian president claimed the move was a response to threats from Ukraine.

Russia’s military said it had targeted Ukrainian air bases and other military assets and had not targeted populated areas.

The Ukrainian Minister of Foreign Affairs, Dmytro Kuleba, said that Russia has launched a “full-scale invasion of Ukraine”.

Mr Kuleba said that Ukraine would defend itself against the Russian aggression “and will win”.

He said: “Putin has just launched a full-scale invasion of Ukraine. Peaceful Ukrainian cities are under strikes.

“This is a war of aggression. Ukraine will defend itself and will win.
The world can and must stop Putin. The time to act is now.”

Meanwhile, Ukraine’s ambassador at the United Nations has told the Security Council that Russian President Vladimir Putin has “declared war on Ukraine”.

He also pressed his Russian counterpart to state that Russia will not shell and bomb Ukrainian cities.