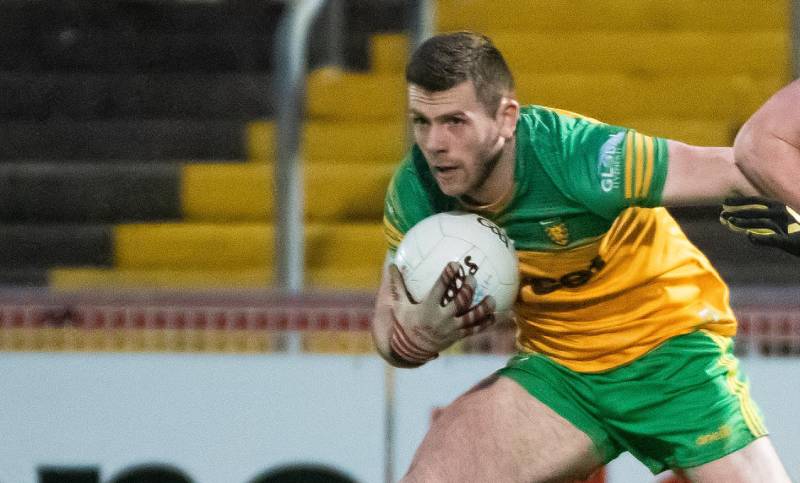 Donegal got an all important win over local rivals Tyrone in last nights Allianz League Division 1 clash at MacCumhaill Park.

A man of the match performance from Conor O’Donnell scoring 1-3, with Jeaic MacCeallbhuí coming on as a sub to get the last score of the game as he punched the ball into the net to seal the victory for Declan Bonner’s men.

Tyrone were looking comfortable in the first half, playing against the breeze but Conor O’Donnell’s goal before half-time gave Donegal the urgency to kick on in the second half.

Tyrone’s shooting in the second half wasn’t as successful despite having the added help of the breeze and Donegal continued to grow into the game as neither side could forge a comfortable lead.

The decisive score came from good work between Oisín Gallen and Peadar Mogan and the latter hand passed into Naomh Conaill man MacCeallbhuí who punched in for a goal.

Donegal also welcomed back Stephen McMenamin to the starting XV, while Oisín Gallen returned off the bench and played an important part in the last 10 minutes.

Hugh McFadden and Daire O’Baoill have also been returning to the squad and have got minutes over the last two games which is a welcome return as Donegal try to cope with the losses of Michael Murphy and Michael Langan.