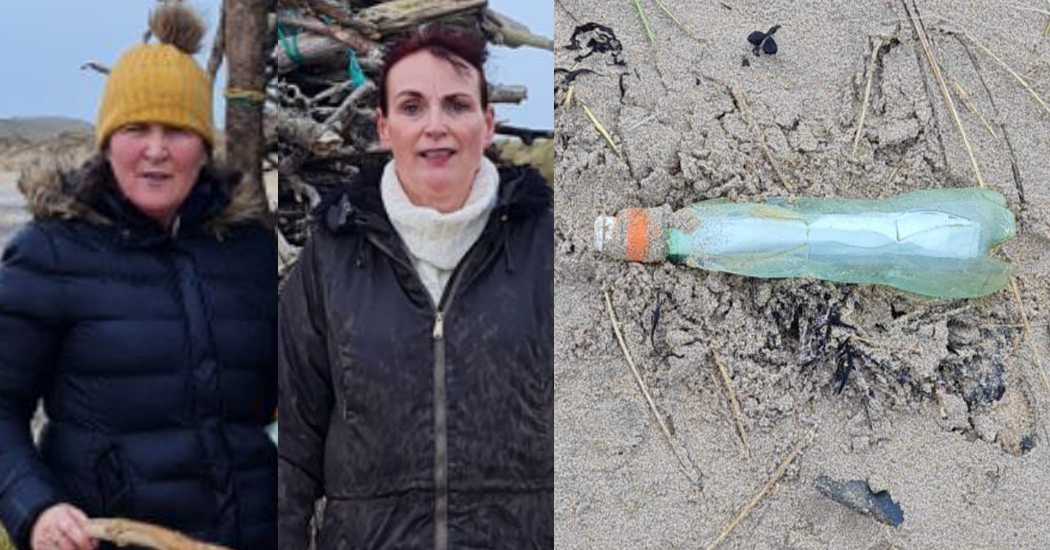 The recent storms had a major impact on many of Donegal’s beloved beaches, but up at Magheraroarty, the weather washed a unique kind of treasure ashore.

A message in a bottle, all the way from Iceland, settled in the sand last week after an incredible 1,000km journey over 13 years.

Magheraroarty has already been making headlines worldwide after a bottle from Maryland in the USA was discovered on the beach in January.

Since then, local friends Mairead Gallagher and Margaret O’Brien (above) have been keeping an eye out for marine debris on their morning walks.

And just last Friday, they came across a plastic bottle. They initially thought it was sour milk inside, but the contents turned out to be a piece of white paper – a letter – written way back in 2009. However, the letter was written in Icelandic, and they couldn’t understand the words. 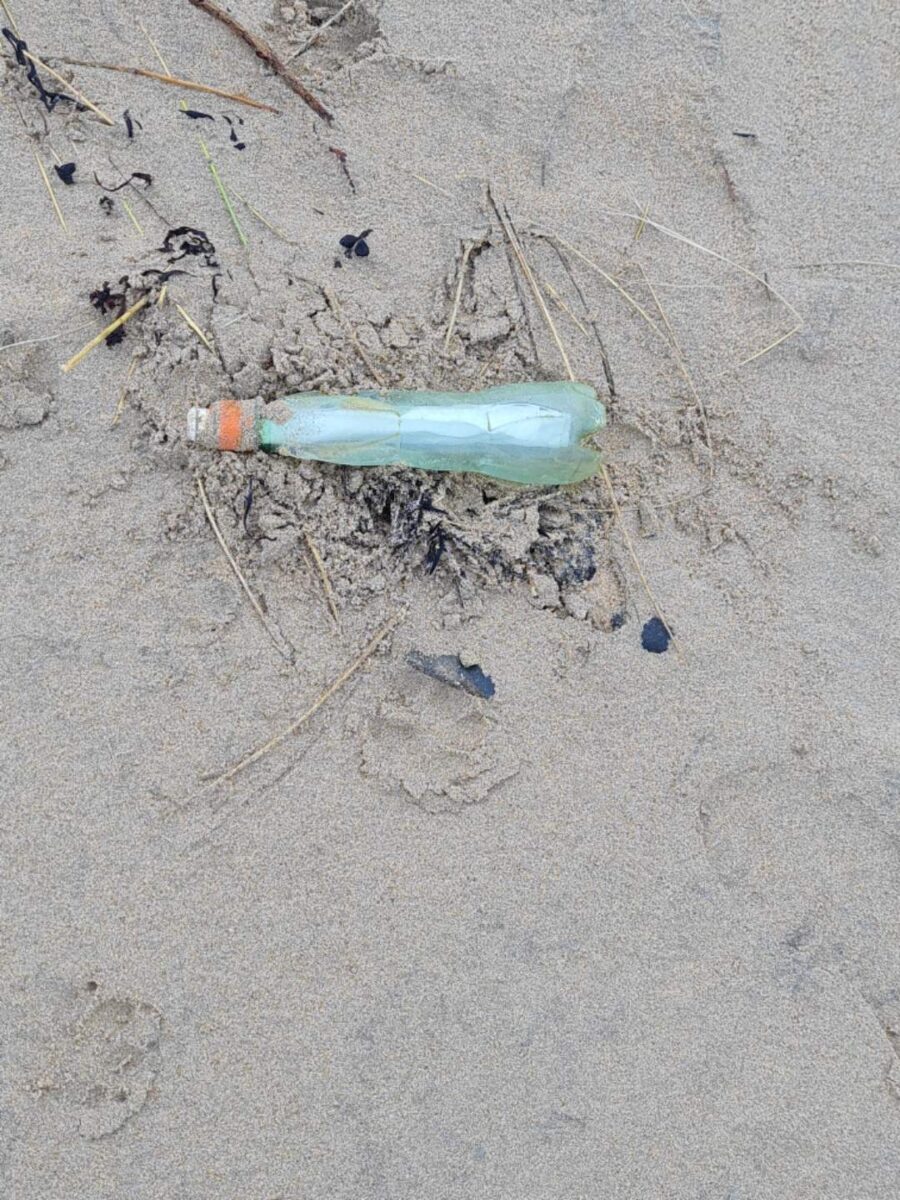 Mairead and Margaret were so excited by their discovery that they quickly set out to find a translator. Luckily, through a friend, they made contact with an Icelandic woman living in Magheraroarty.

The letter, it emerged, was written by a young girl in Iceland who was around 13 years of age. She wrote about her hobbies and boys that she liked. She included her email, and both Mairead and Margaret have reached out to her online.

Mairead told Donegal Daily: “It’s fascinating to think that, thirteen years later, she would be 26. It would be nice to hear back from her. I’m sure she would be thrilled to know that it travelled that far.”

Mairead and Margaret continue to enjoy keeping a lookout for strange items on the beach each morning. Just recently they found whale bone.

“It makes the walk that bit more exciting,” Mairead said, “you never know what you’re going to find.”

Message in a bottle drifts all the way from Iceland to Donegal was last modified: March 3rd, 2022 by Rachel McLaughlin
Facebook0Tweet0LinkedIn0Print0