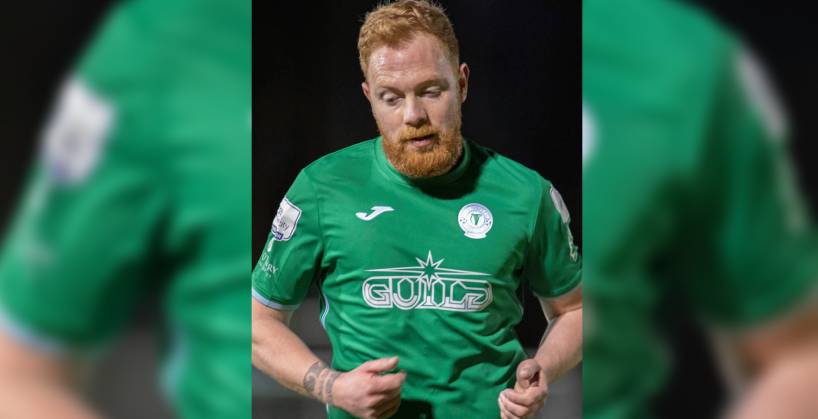 A Ryan Connolly equaliser got Finn Harps a point in their first home game of the 2022 Premier Division.

Promise Omochere opened the scoring early in the second half after Harps failed to deal with the cross but Ryan Connolly scored a superb equaliser just over 10 minutes later at Finn Park.

A Bastien Héry ball found the Mayo man in space in the left hand side of the box and he smashed his shot past James Talbot into the top corner.

Bohemians, like Finn Harps have only played 2 games after their opening game with Sligo Rovers was called off.

Meanwhile, Harps began with a scoreless draw against UCD and suffered a tough 3-0 defeat away to Dundalk as they looked for their first goal of the season.

Harps make two changes from their loss at Oriel as Bastien Héry and Yoyo Mahdy come in for Conor Tourish and Mark Timlin.

Both teams tactics were clear from early on as they tried balls over the top to catch the defences out. There were chances for either side in the first 10 minutes of the game as Max Murphy tested Mark Anthony McGinley from long range. A long ball to Kristopher Twardek was cut out by McGinley.

Omochere also got in from a ball over the top but his shot was tame and McGinley kept it out.

Mahdy again fund space down the right and Harps had three attempts at goal blocked in succession as Barry McNamee and Élie-Gaël N’Zeyi couldn’t get their efforts past the sea of red and black.

Connolly’s cross from the right found Mahdy but he couldn’t direct his header on target.

Twardek had a shot fly over the bar and Jordan Flores forced McGinley into a good save with an effort from outside the box.

The goalmouth action died down for a while but there was plenty of action for referee Damien McGrath as he brandished 7 yellow cards in 7 minutes.

James Finnerty was the first man booked for a handball on the halfway line.

After an altercation between Promise Omochere and Ethan Boyle saw both players booked, as well as Yoyo Mahdy. Minutes later Filip Mihaljević was booked and as was Harps assistant manager Gavin Dykes as a result of the referees decision. Ryan Connolly was then booked for a foul.

A Ryan Rainey shot was blocked as Harps appealed for handball as both sides went in level at half-time.

It wouldn’t stay level for long as Bohs grew into the game and dominated the opening minutes of the second half.

A Dawson Devoy cross wasn’t dealt with by Harps and Omochere hit it first time into the corner of the net giving McGinley no chance.

Harps had a massive chance to level as they countered from a Bohs free-kick. The ball was cleared to Mahdy in a 2 on 1 as Mahdy played Mihaljević through on goal but the Croatian strikers touch gave Talbot the chance to come out and get there first.

Harps kept pressing and were quickly rewarded on the 65 minute mark.

Good midfield play between McNamee and Héry and the latter found Connolly in space in the left hand side of the box with a quality pass. The Mayo man put his foot through the ball and smashed it into the top corner.

Omochere and Boyle had a tough battle for the full 90 minutes and as they went up for a header, Boyle went down and the referee gave the Bohs striker a second yellow card.

Harps looked to make the man advantage count but a corner was caught by Talbot and Bohs broke up the pitch to get a couple corners themselves but neither side could find a winner as the game ended 1-1.