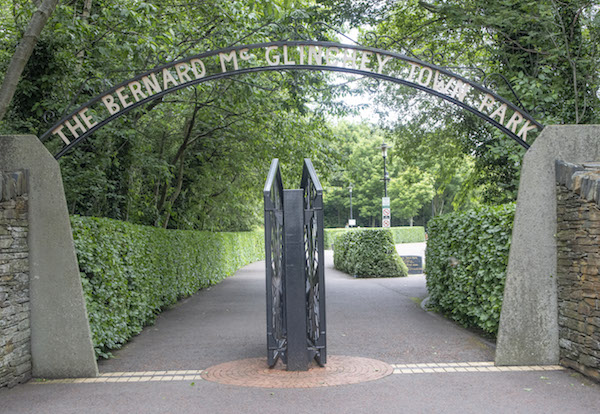 The Mayor of Letterkenny-Milford is calling for a commemorative stone to be installed to commemorate those who lost their lives to Covid-19.

Cllr Jimmy Kavanagh said there is a good opportunity to organise the memorial in the Town Park, where works are currently taking place.

The commemoration would also be in honour of frontline workers who serve during the pandemic.

The idea was raised at this week’s meeting of the Letterkenny-Milford Municipal District, at which Cllr Kavanagh also sought more parking at the park. He said the need for further parking spaces at Bernard McGlinchey Town Park is a positive sign of its popularity. With the new developments underway at the Vestry, the playground and the adventure park, Cllr Kavanagh said the council should try and make the overflow car park permanent.

Cllr Kavanagh said that there were times last year when people drove into the park, looked for a space to park and had to leave again.

When the weather is suitable, the grass area adjacent to the existing car park is opened to provide additional carparking spaces. When Cllr Kavanagh asked if ways could be explored to make it a permanent car park, he was told by the executive: “The longer term plan when funding is available is to surface this area to allow for all year parking. We are currently attempting to identify sources of funding to carry out these works.”