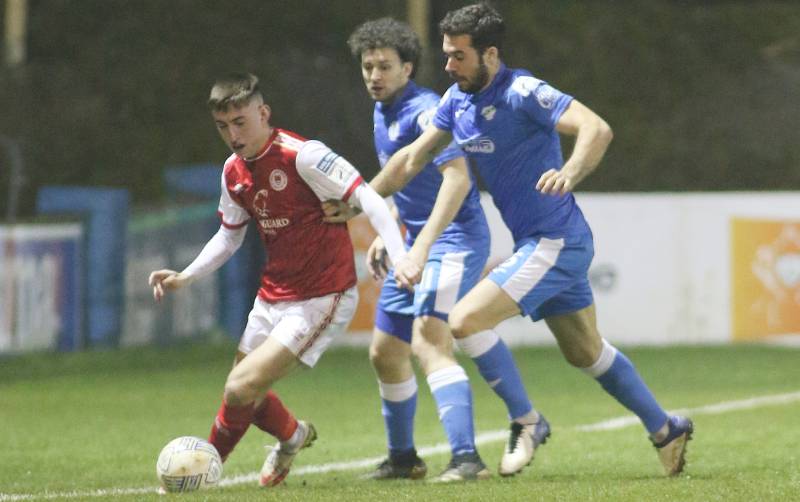 Finn Harps suffered a 2-0 defeat to St. Patrick’s Athletic at Finn Park in the Premier Division.

Ollie Horgan’s side had plenty of chances but two second half goals from Jack Scott and Eoin Doyle saw St. Pats come out victorious to go joint top while Harps go joint bottom with UCD.

Finn Harps were looking to build on their 1-1 draw with Bohemians last Friday at Finn Park as they named an unchanged starting 11. A Ryan Connolly equaliser saw the two teams share the spoils.

It was a first game outside of Dublin this season for St. Pat’s as they beat Shelbourne away and lost to Bohemians. The Saints also lost on match day 2 at home to Sligo Rovers but they’re coming off the back of a 1-0 win over reigning champions Shamrock Rovers.

St. Pats have multiple new faces in the side this season, with just 3 players who started their FAI Cup final win over Bohemians still in the starting 11.

Harps suffered two defeats at the hands of tonights visitors in the first half of last season, but newly signed St. Pats man Tunde Owolabi scored a hat-trick for Finn Harps in a 3-1 win.

Harps then travelled to Richmond Park in the second last game of the season needing a result and drew 2-2 thanks to a Séan Boyd brace.

Harps started on the front foot as a Yoyo Mahdy header from a Ryan Connolly corner was headed just over the bar.

Chances were limited in the first half but the majority fell to Harps as the crosses into the box troubled the Saints defence. 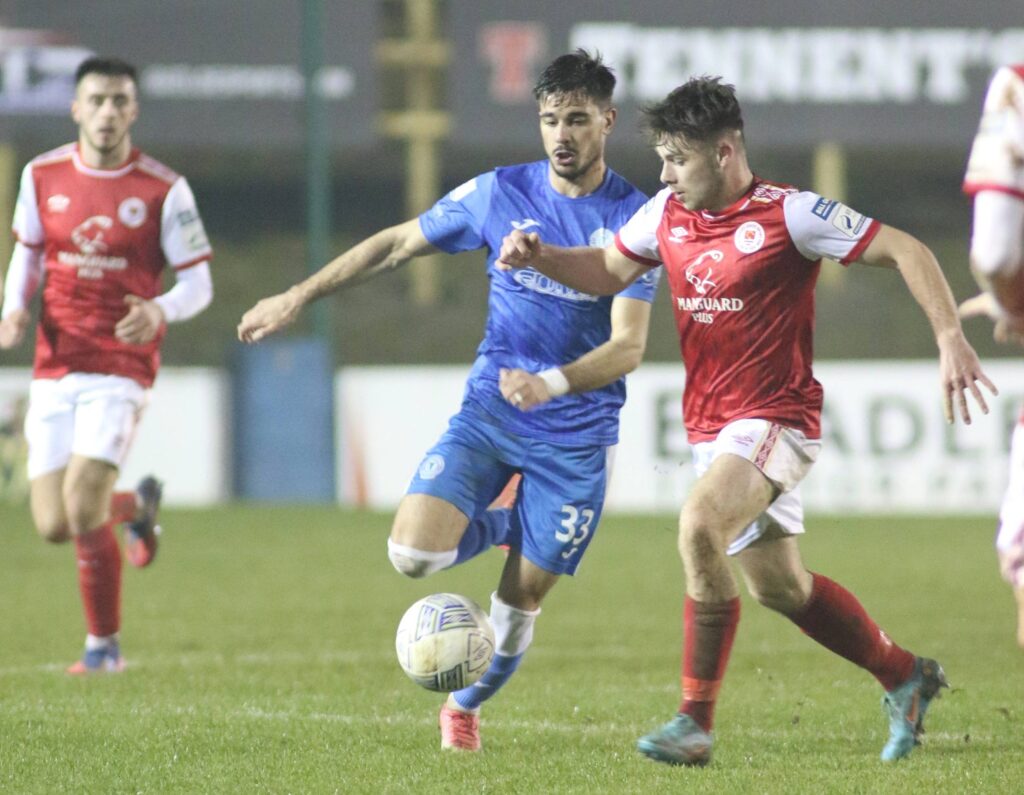 On the half hour mark Connolly’s corner fell to David Webster on the edge of the box. The captains strike made its way through the packed box and smacked off the post.

The ball rebounded back to Connolly who once again crossed and again it fell to Webster but his strike went just over the bar.

Élie-Gaël N’Zeyi was booked for a couple consecutive fouls and minutes later Harps had another chance. 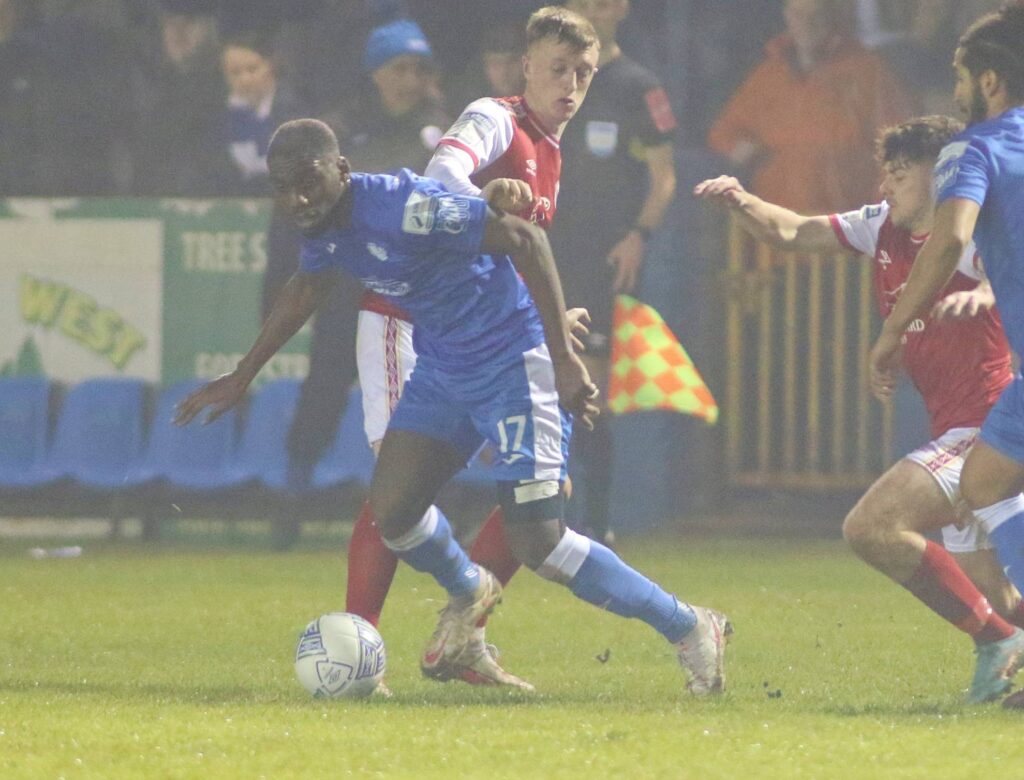 Ethan Boyle and Bastien Héry combined from a throw-in and the formers cross was pinpoint to Filip Mihaljević who was in space but the Croatians header was straight at Anang.

St. Pats never troubled the Harps defence until just before half-time when a brilliant ball over the top by Ian Bermingham fell to Eoin Doyle. The striker took a classy touch to stop the ball dead but Boyle was on hand to slide in and clear it out for a corner. 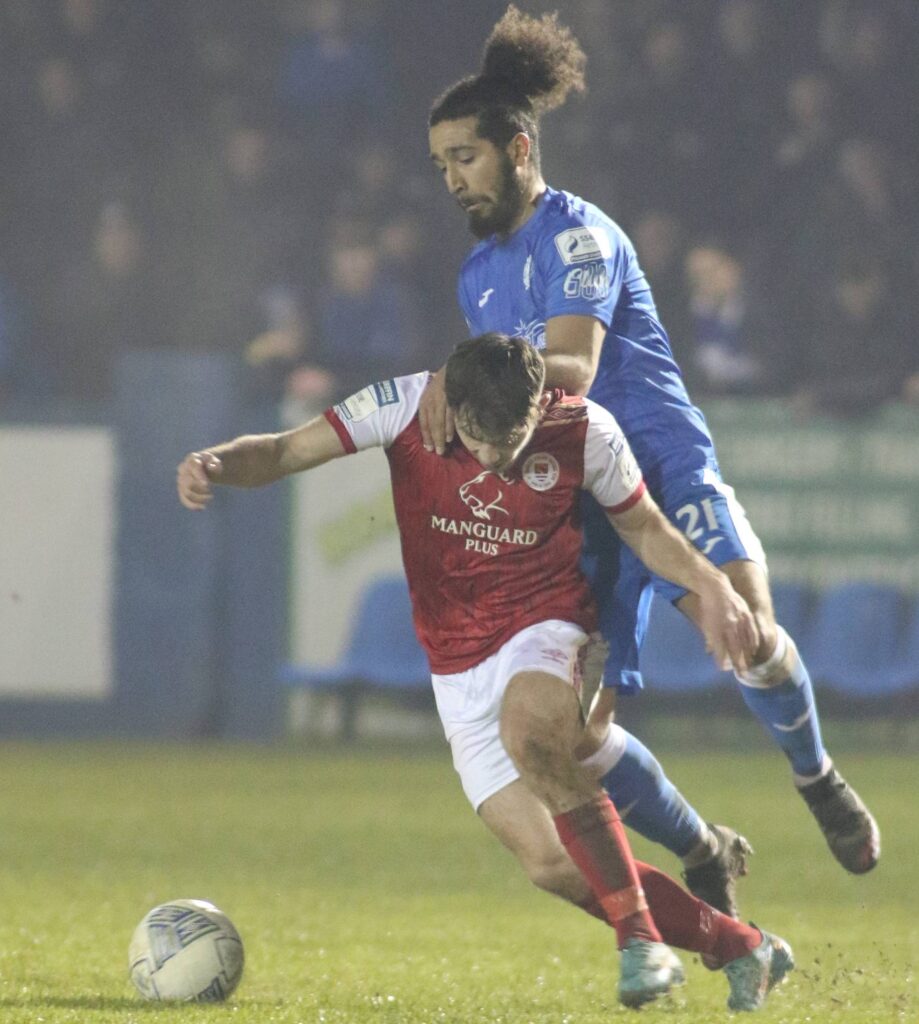 The second half started with chances for both teams. Chris Forrester intercepted the ball high up and found Darragh Burns who raced through to the left hand side of the box but his shot went wide of the far post.

Harps immediately went up the other end but Yoyo Mahdy had his shot easily saved by Joseph Anang.

The biggest chance so far came on the hour mark when Ian Bermingham miskicked the ball and Filip Mihaljević raced through but Anang stayed big and stopped Mihaljević scoring at a tight angle. 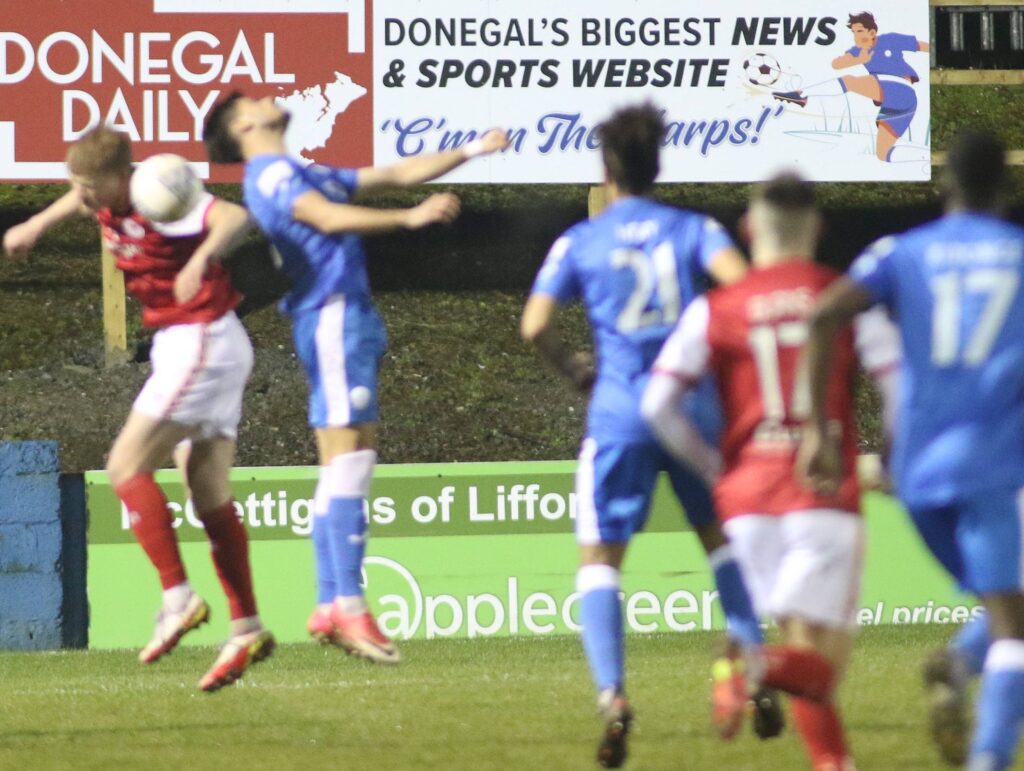 After good play from the Dublin side Bermingham hit a shot which hit off the post and rolled along the goal line but Jack Scott got to the ball first to smash home on 65 minutes.

Harps immediately had a chance to equalise as Mahdy attempted to bend the ball into the far corner but he had too much power on his shot.

On the 70th minute, both sides had big chances as Eoin Doyle played in Forrester but he dragged his shot wide. From the following goal kick, Barry McNamee and José Carrillo combined on the left and the cross was headed towards goal but Anang made a diving save. 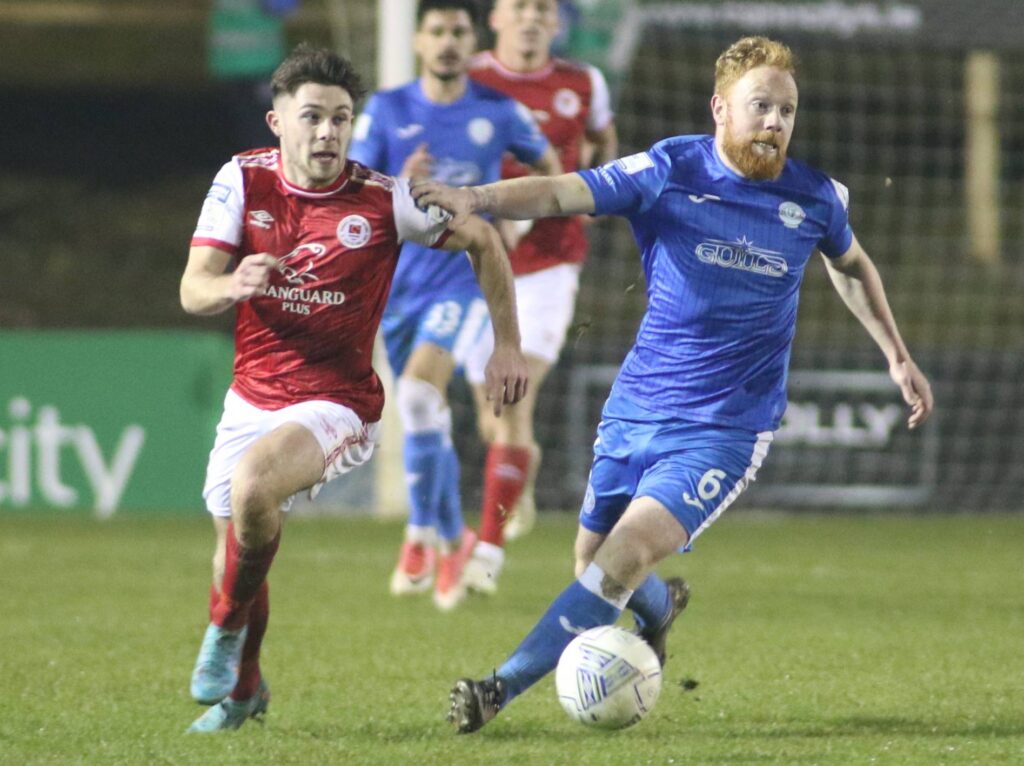 Carrillo then saved Harps from 2-on-1 a counter attack as the defender blocked the pass through to substitute Tunde Owolabi. Harps then went up the pitch but Mahdy fired his shot wide.

St. Pats made it 2-0 on the 77th minute as Forresters free-kick was whipped in and Eoin Doyle rose to head it off the far post and into the net.

Harps tried to get back into the game with crosses into the box, Rainey having a good header blocked and Bermingham pulled Mihaljević down when he looked through on goal.

Forrester almost chipped Mark Anthony McGinley but the ‘keeper got back to tip it over the bar.

The game ended 2-0 as Harps fall to bottom on goals scored with a North West Derby to come on Monday night against Sligo Rovers while St. Pats move to second, just behind Shamrock Rovers on goals scored.