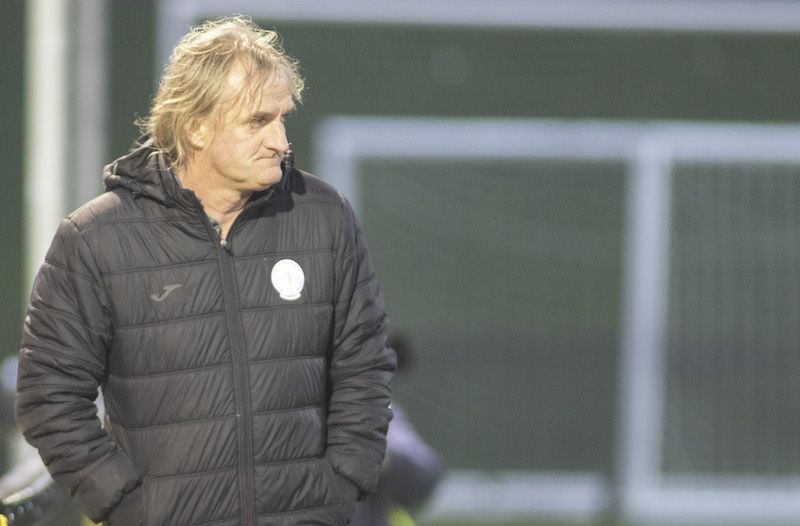 Horgan calls for another ‘massive lift’ from fans ahead of St. Pats clash

Finn Harps play host to FAI Cup holders St. Patrick’s Athletic this Friday night with kickoff at Finn Park at 8pm and the game is live on LOITV.

Harps will be hoping to build on last week’s hard fought draw with Bohemians, while the Saints will make the trip with their tails up having defeated champions Shamrock Rovers last time out.

The game sees the return of Harps fan favourite and 2021 top goalscorer Tunde Owolabi who joined Tim Clancy’s side in December.

Owolabi was the difference the last time these sides went head to head at Finn Park as he scored a hat-trick as Harps won 3-1.

Harps have yet to win after 3 games with two points on the board after the scoreless draw with UCD in the league opener followed by a 3-0 defeat to Dundalk at Oriel Park.

Ollie Horgan told FinnHarps.ie “We take on Pats who will be coming up here full of confidence after defeating Shamrock Rovers last week.

“They’ve had some turnover themselves but have brought in huge quality in the likes of Eoin Doyle who had a great career over in England, and Mark Doyle who was a huge thorn in our side last season.

“Our supporters were an absolute credit to the club last week, as they always have been. It would have been very easy to get on the backs of a new team who had gone a goal down but they gave us a massive lift just when we needed it that definitely got us back into the game.

“We’ll need them again tomorrow night and throughout the season.”

Horgan calls for another ‘massive lift’ from fans ahead of St. Pats clash was last modified: March 11th, 2022 by Staff Writer
Facebook0Tweet0LinkedIn0Print0