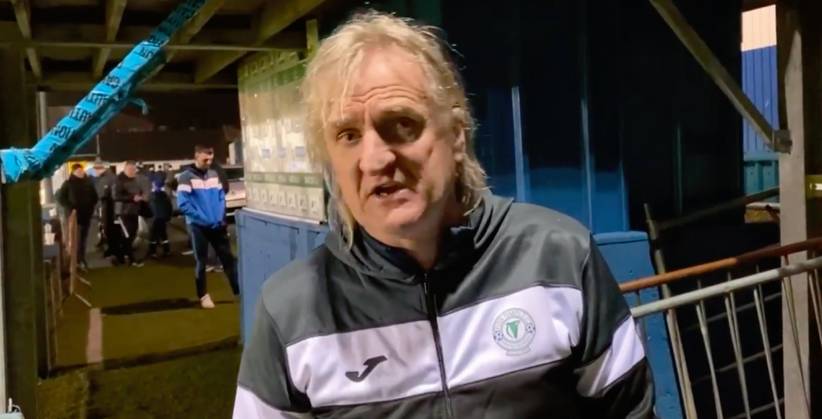 Watch: ‘We need to take our chances’ – Ollie Horgan

Ollie Horgan believes that despite his Finn Harps side creating chances, they need to start taking them and picking up more points.

Harps lost 2-0 to St. Patrick’s Athletic tonight and had more chances than their opposition but couldn’t find their way past Joseph Anang in the St. Pats goal.

Jack Scott and Eoin Doyle got the Saints’ second half goals as Harps stay level with UCD at the foot of the table.

Horgan said: “We were on top for periods before the concession of the first goal, we had a great chance to go 1-0 but overall probably the better side won.

“We had a lot of chances we didn’t take, maybe it’s worse if we weren’t creating but we probably didn’t create as much against them before and gotten results so I’d much prefer that than creating and not scoring.”