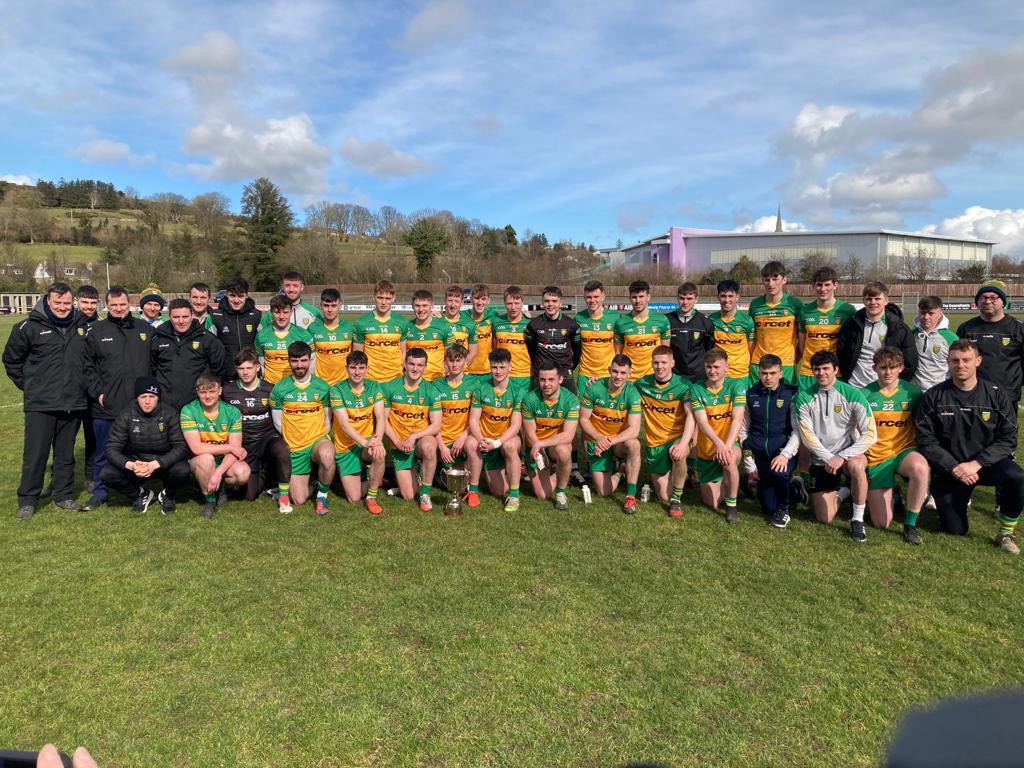 This Ulster development Under 20 Final brought together the only two unbeaten teams from the group stages at O’Donnell Park in Letterkenny and produced an excellent hard fought encounter between two well matched teams.

Donegal won the toss to gain home advantage for this final and that gave them a slight edge against a strong Tyrone team which had scored heavily during the group stages.

Tyrone took time to settle ,getting turned over often by good Donegal pressing but finally got a foothold and began creating goal chances.

Ruairi Canavan fisted wide when well placed and then Michael McGleenan raced through but blasted wide from twelve yards.

However it was third time lucky for the visitors in the 16th minute when Ruairi McHugh burst through, found Canavan who set up Ciaran Bogue who drilled the ball to the net , 0-04 to 1-00 after 16 minutes.

Johnny McGroddy converted his fourth point but Seannie O’Donnell replied with a fine effort from play but Eric Carr who had started the scoring finished the half off with another super point from play to leave two in it at the break, 0-06 to 1-01.

We had a lively start to the to the second-half as Donegal struck in the first minute when Kealan Dunleavy raced on to a flicked pass and drove the ball to the net, 1-06 to 1-01.

We had a quiet period score wise before Donegal burst into scoring action again with four points in a row.

McGroddy’s fifth free, and Kealan Dunleavy, Luke McGlynn and a third from the excellent Eric Carr, 1-10 to 1-03.

Sub Cormac Devlin and a Canavan free replied for Tyrone but yet again Donegal responded with a brillant move involving five players which Bobby McGettigan tapped to the net to maintain his excellent goal scoring record in the competition. 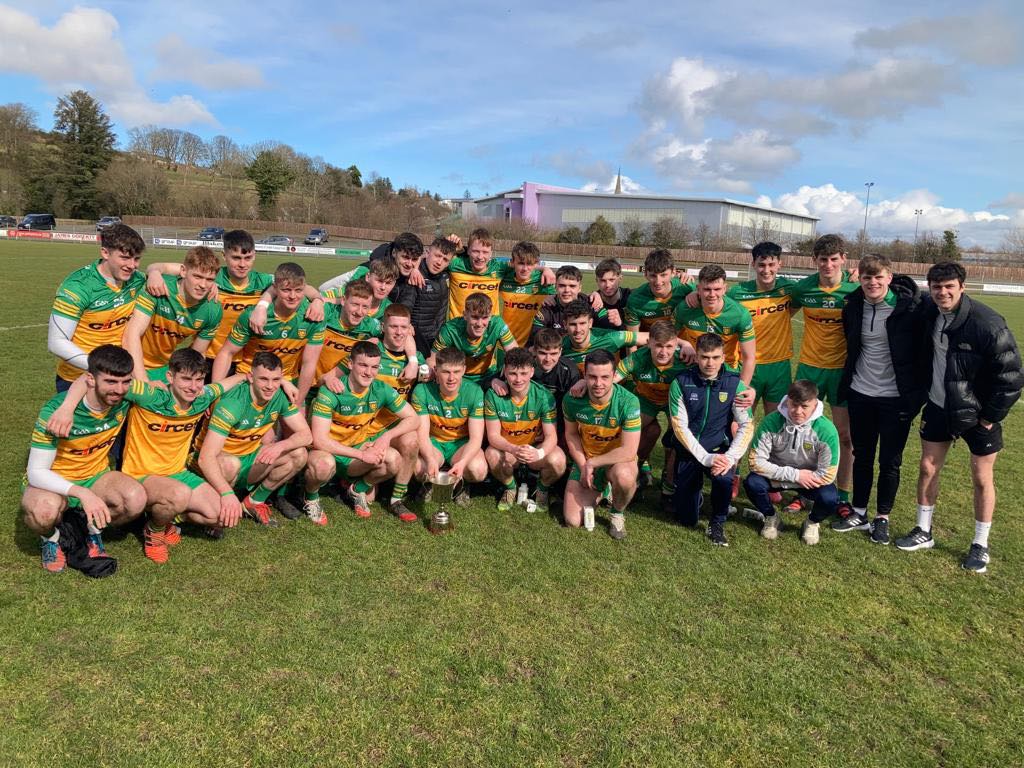