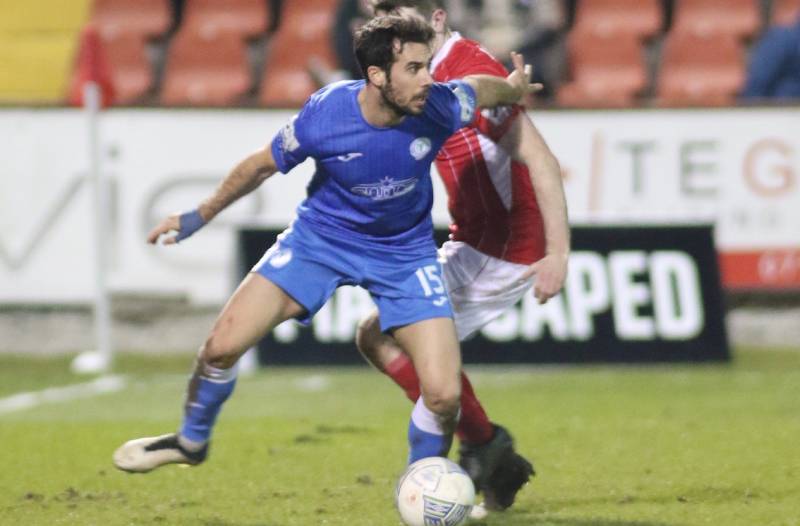 An Aidan Keena hat-trick was the difference as Ollie Horgan’s Finn Harps side lost for the second time in 3 days.

Keena opened the scoring with a great effort from outside the box after 13 minutes and made it 2-0 just before half-time with another quality piece of skill.

His third came just after half-time and was arguably the pick of the bunch of three brilliant goals as he hit a left footed volley into the back of the net.

Luke Rudden scored a consolation goal with minutes remaining as he smashed the ball into the bottom corner from outside the box. 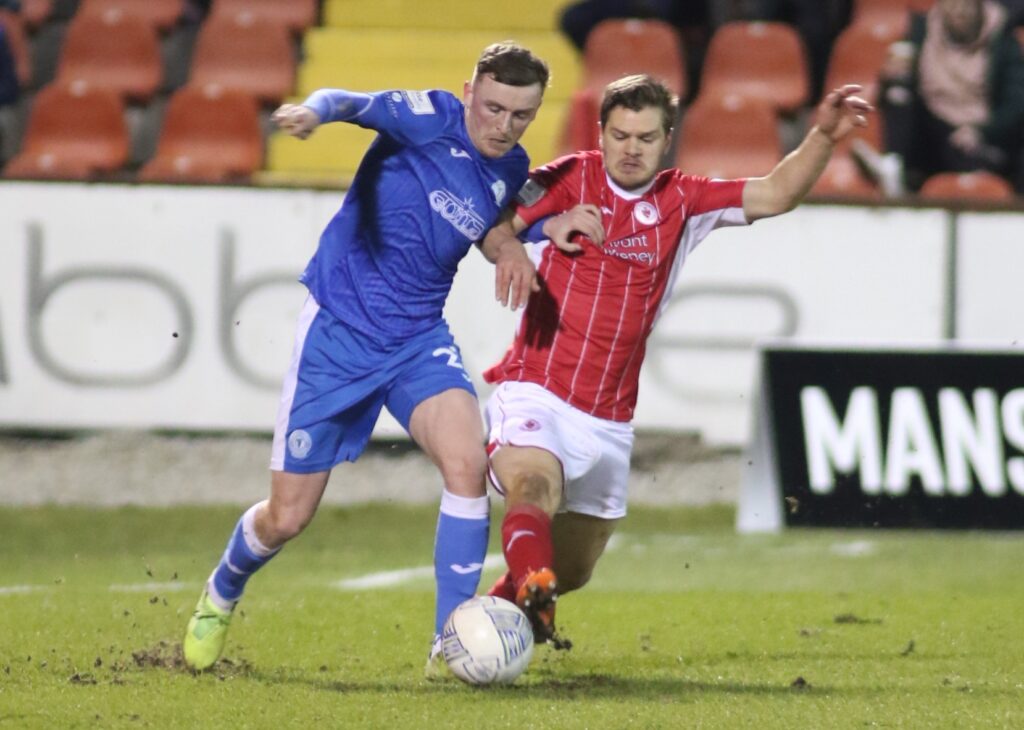 Harps made two changes from their 2-0 loss to St. Patrick’s Athletic on Friday night as Conor Tourish and Eric McWoods came in for Bastien Héry and Yoyo Mahdy.

Sligo Rovers have been unbeaten with 8 points from their opening 4 games while Harps look for their first win, after 2 draws and 2 losses.

Liam Buckley made 4 changes from the their 3-0 win away to Drogheda as Letterkenny man Ryan Rainey came into the starting 11. Ex Harps players Richard Brush and Karl O’Sullivan also started for the Bit O’Red. 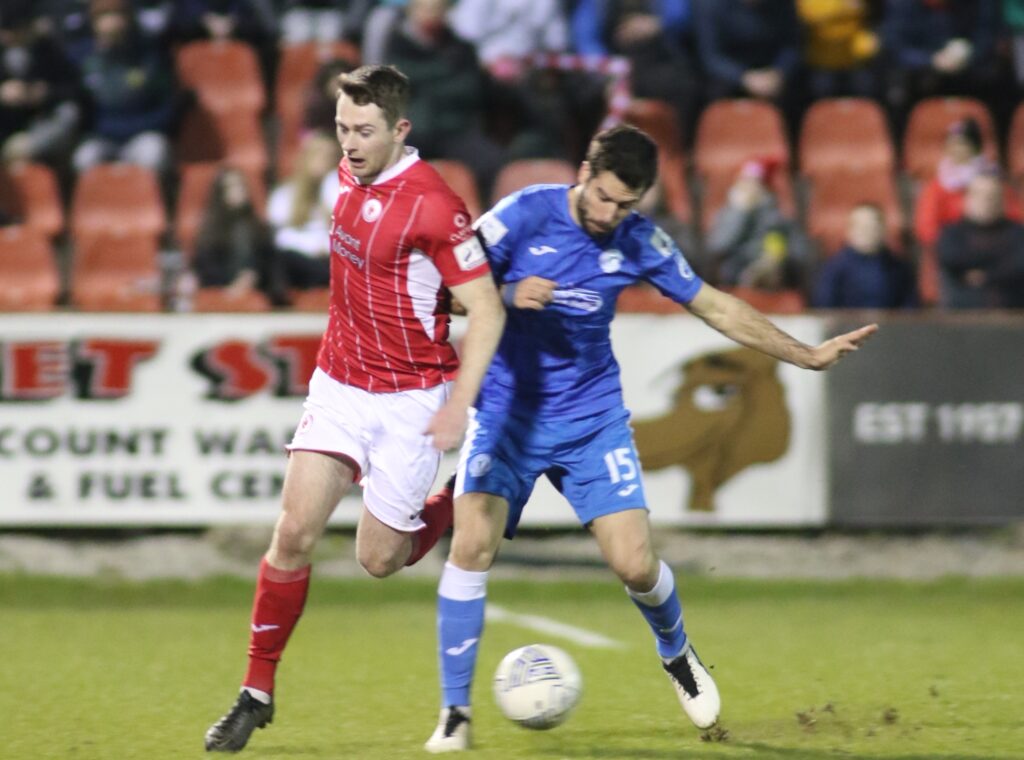 Last time the two teams faced each other, Harps came from 2-0 down to salvage a draw at Finn Park, a result they would have bit your hand off for at half-time.

Aidan Keena started bright and it was a sign of things to come but his shot from outside the box was tame.

Harps found space on the right through the lively McWoods and a Filip Mihaljević cross fell to Ryan Rainey who played it back to Ryan Connolly but the Mayo mans shot was blocked.

A dangerous free kick after 12 minutes from Adam McDonnell was cleared out for a corner and moments later, Sligo were ahead.

A pass from McDonnell on the left found Fitzgerald who laid it off to Keena and the striker smashed the ball in to the near post corner to give Sligo the lead.

The goal gave Harps more life as they grew into the game, with half chances from McNamee who dragged his shot wide, while a Connolly cross was headed just wide. 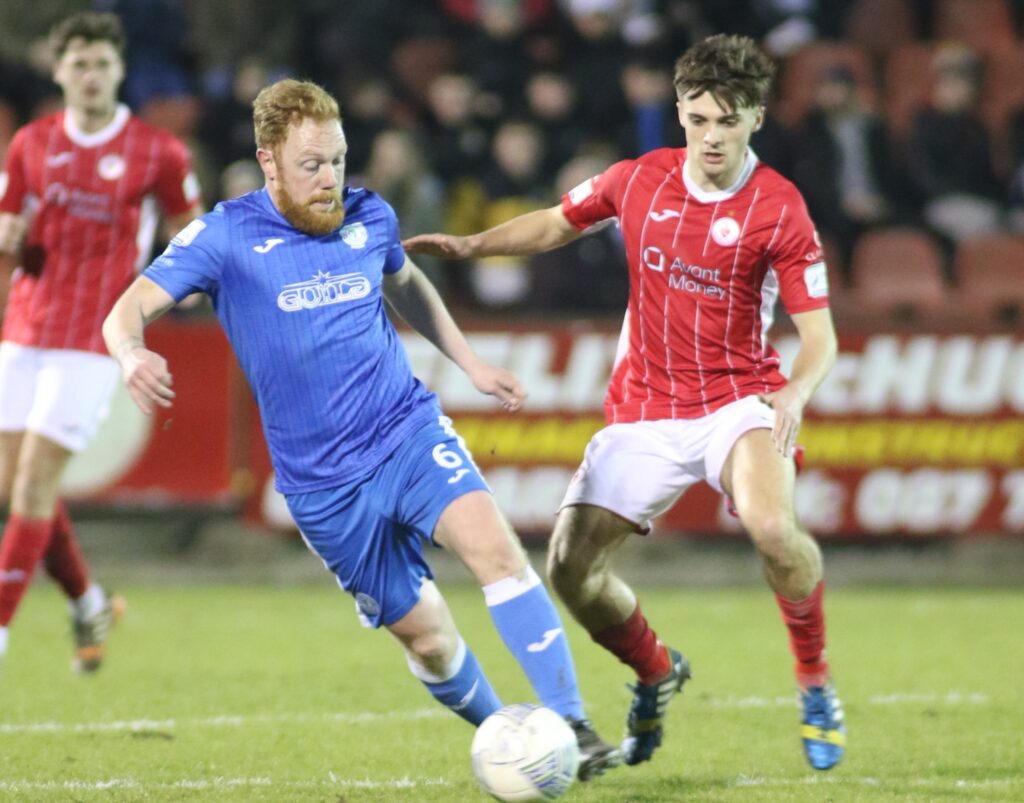 On the 40th minute Tourish won the ball back and found McWoods but his lobbed effort went over Richard Brush and the crossbar.

Sligo took their goal kick and Karl O’Sullivan found space out right to get a cross in looking for Keena.

The ball fell to Jordan Hamilton who played it back out to O’Sullivan and his second attempt found Keena who took one touch and fired the ball into the far corner past McGinley.

Harps would have been disappointed with the result of the first half but the second half got worse.

Just a couple minutes into the second half a ball over the top was chased by Keena.

The 22-year-old latched on to the pass, and hit it on the volley first time from outside the box to complete a brilliant hat-trick. 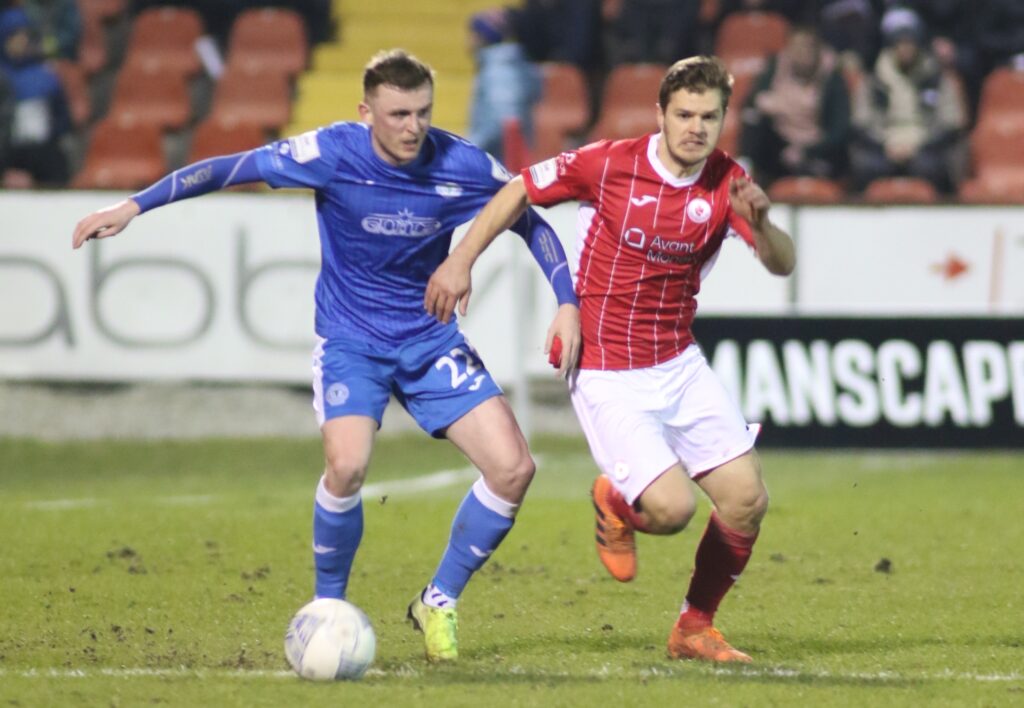 It almost got worse a minute later as Boyle passed back to McGinley and his attempted clearance went backwards and just wide of his own net. The resulting corner was swung in by O’Sullivan and McGinley had to punch it clear.

Just on the hour mark he almost had his fourth after a cross from the right found its way to Keena but he couldn’t get a sweet connection.

Mihaljević had a good chance as he raced into the box down the left, cut inside on his right foot but his shot was easily saved by Richard Brush.

An Elie N’Zeyi pass backwards found O’Sullivan as he reacted quickest but his first touch made the ball go towards the grateful arms of McGinley.

Minutes later, Paddy Kirk found Hamilton who should’ve made it 4-0 but McGinley made a great save and Hamilton put his second effort wide. 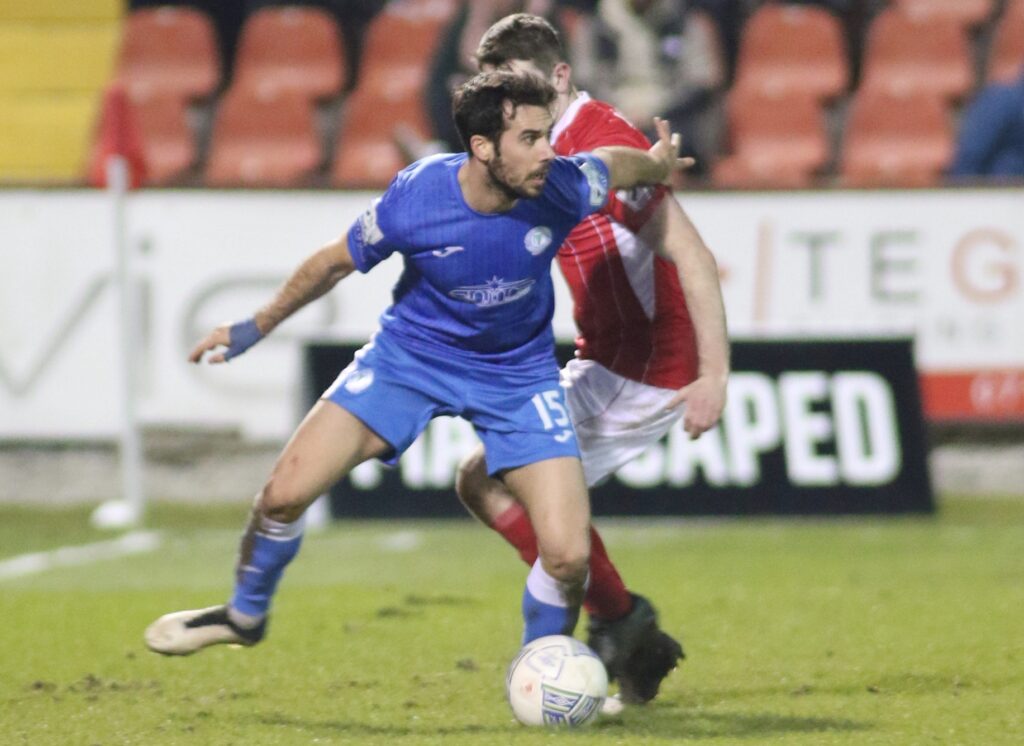 Substitute Luke Rudden brought the scoreline a bit better looking for the visitors as a corner fell to the edge of the box and Rudden ran towards and smashed the ball low into the bottom corner.

That was the end of the goals though as Sligo Rovers move to second place while Harps stay bottom.

Harps travel to Shelbourne on Friday night in their next game.