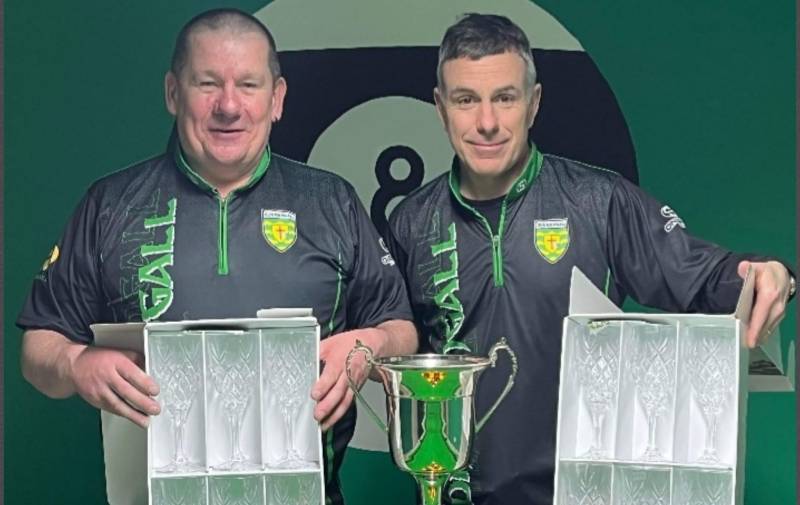 Mulhern and Doherty bring Masters’ Pool title back to Donegal

Gweedore’s Tony Mulhern and Lifford man, Darryl Doherty, were the toast of Donegal Pool this weekend with a superb victory in the inaugural Seniors/Masters Team Cup.

The Donegal team travelled to Toosies Pool Academy, Enniskillen, on Saturday to compete against fifteen other teams, and a series of top-notch performances saw them emerge with the prestigious title, trophy and prize money.

After successfully navigating the round-robin stages, Donegal faced a very strong Louth team in the last eight, and a mammoth battle saw the Tir Chonaill men grind out a tenacious 11-9 win. 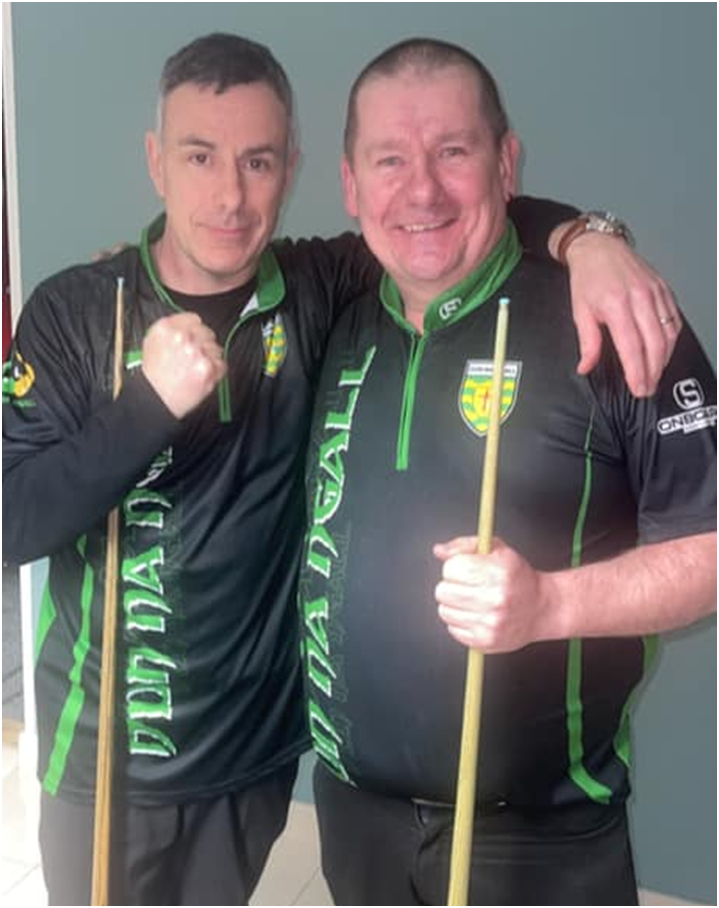 The semi-final saw them pitted against Tyrone and an initial 3-0 deficit was quickly recovered and turned into a convincing 11-4 victory.

On paper, the Donegal lads would have been underdogs in the final against the very formidable Antrim duo of Gerard Heany and John Kerr. 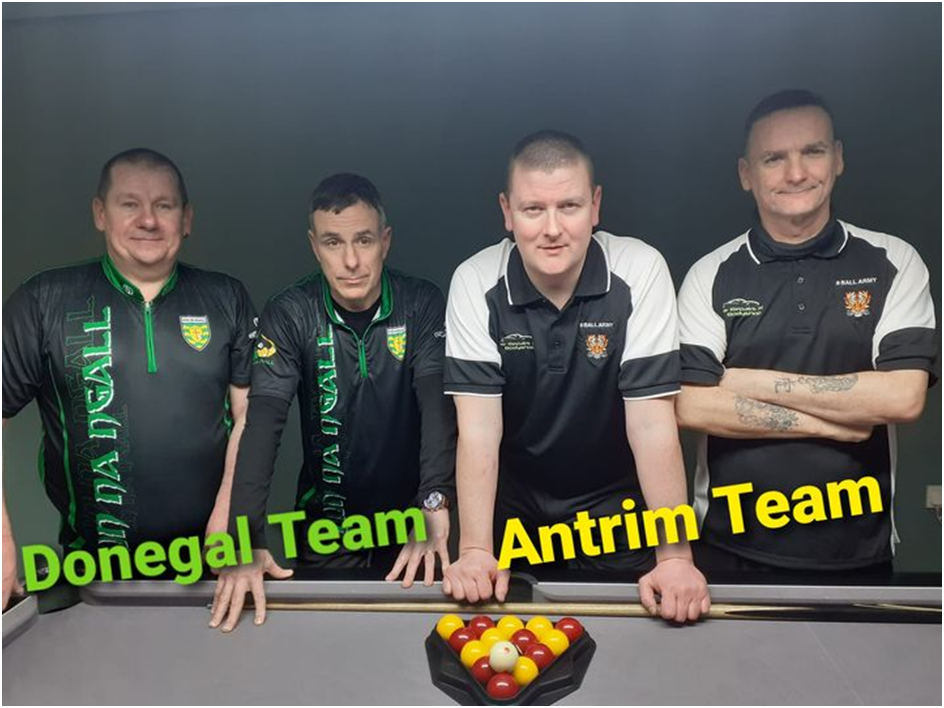 Some scintillating pool from Darryl and Tony made a mockery of the form guide, though, and they raced into a 6-0 lead with a glut of break-and-dish clearances.

Antrim rallied strongly to claw the difference back to 9-7, but Donegal held firm in the final two frames to secure the title and emulate our men’s and ladies’ teams, who are both reigning All-Ireland champions – indeed, Tony was also a member of that historic men’s team, but this newest title with his great friend, Darryl, will no doubt feel equally as sweet. 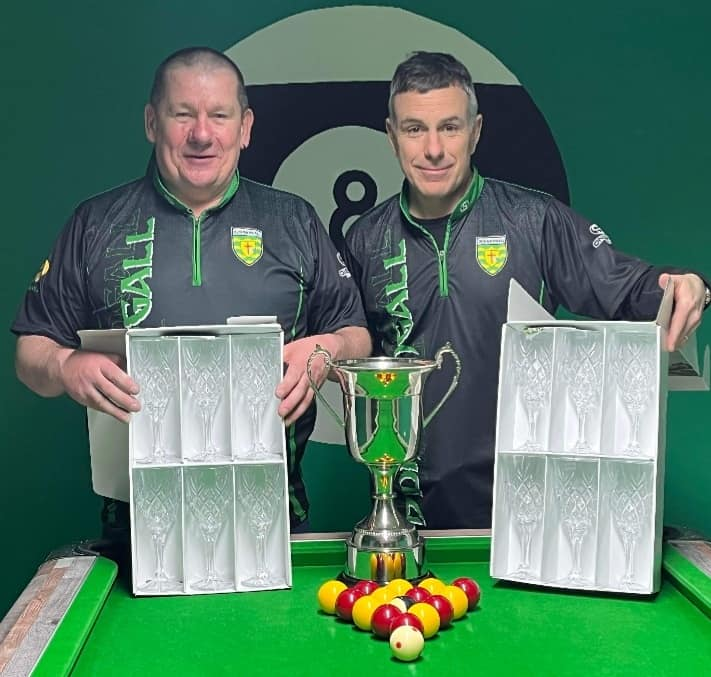