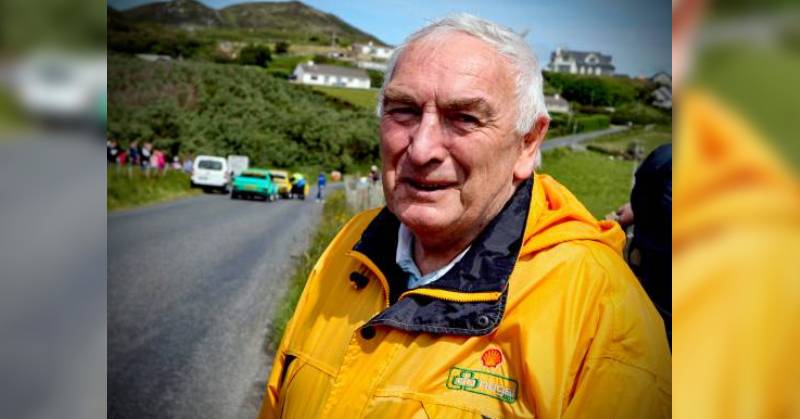 53 is my magic number, it’s not my age- that’s more!  I tried to better this figure before putting pen to paper at the start of the week but there was no budge.

Growing up, I would spend hours looking at data on cars that I might imagine owning in years to come.

Back then it was the back of ‘What Car’ magazine that gave me all the information on all the cars which included three fuel consumption figures, one at a steady 55miles per hour in ideal conditions, one for stop start driving with no traffic called urban and an average consumption figure of both. 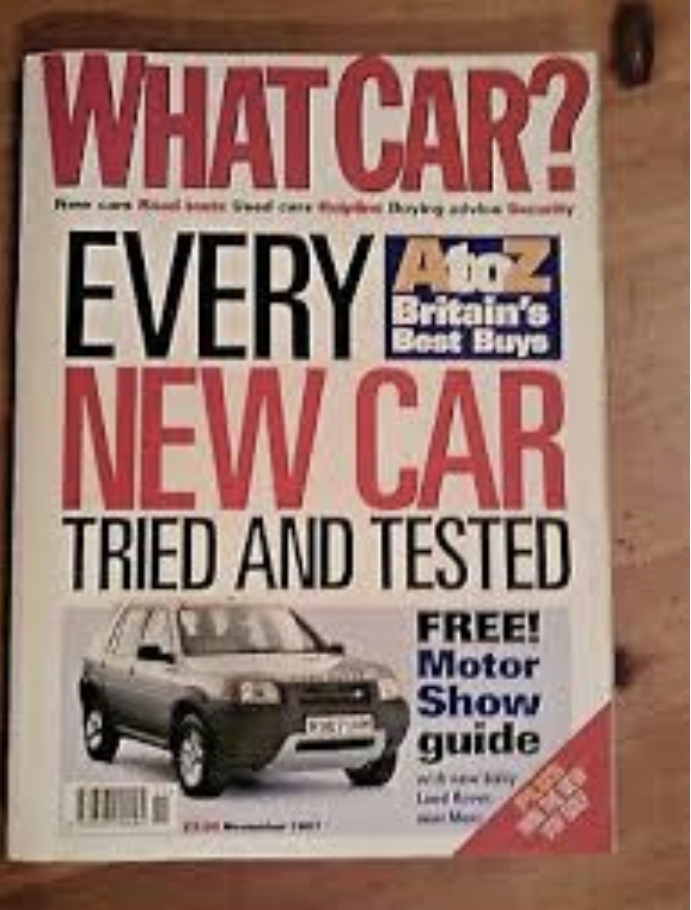 The old reliable What car magazine which was always great for getting full consumption of all cars.

As it happens the number 53 works well for a motorist of my vintage who has enjoyed driving over a good few decades, who has watched miles go to kilometres on the road of Ireland and has seen gallons go to litres at the pumps.

So why 53? Well 53 is the best I can manage as an all round average fuel consumption for the last thousand kms I travelled over a variety of driving, including long journeys, motorway driving and stop-start journeys around town on my own vehicle.

Normally the way I would check the fuel consumption would be that I’ll be trying to get the best return on a long run in high gear, that figure would be a figure that I would fool myself into thinking that I was getting for fuel consumption all the time.

53 miles per gallon in old measurements just happens to work out at 5.3 litres per 100 Kms which is very easy to remember for me. 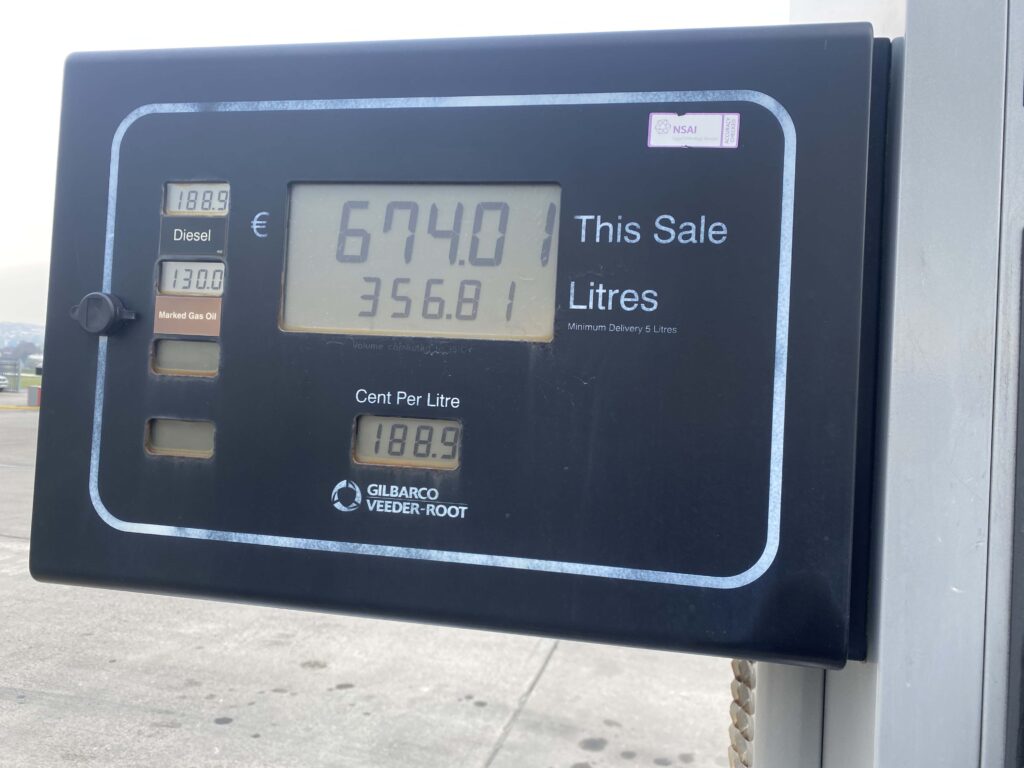 What it’s like to fill a typical HGV with the ever increasing full prices. Photo Brian McDaid

My vehicle is a 1.5 diesel and a friend of mine, who recently bought a 1.5 petrol hybrid, is doing slightly better than me with a long term figure of 5.1 litres per 100 kms which works out at just over 55 miles to the gallon in old measurements.

Most present day cars will give you an instant and an average fuel consumption figure showing you how many litres of fuel it will take to cover 100 kms. (I have included a conversion link to convert this to miles per gallon for you of a vintage similar to myself.)

With the present hike in fuel prices it’s an incentive to try and squeeze more miles or kilometres out of our overpriced fuel.

Your car can only do so much with economic developments like stop-start which operates sitting stationary in traffic, or hybrid cars that run on a battery at low speeds, right down to the aerodynamics which reduce the drag on the car making it flow through the air better.

But the single biggest factor in getting a better return on a litre or gallon of fuel is the actions of someone behind the wheel. 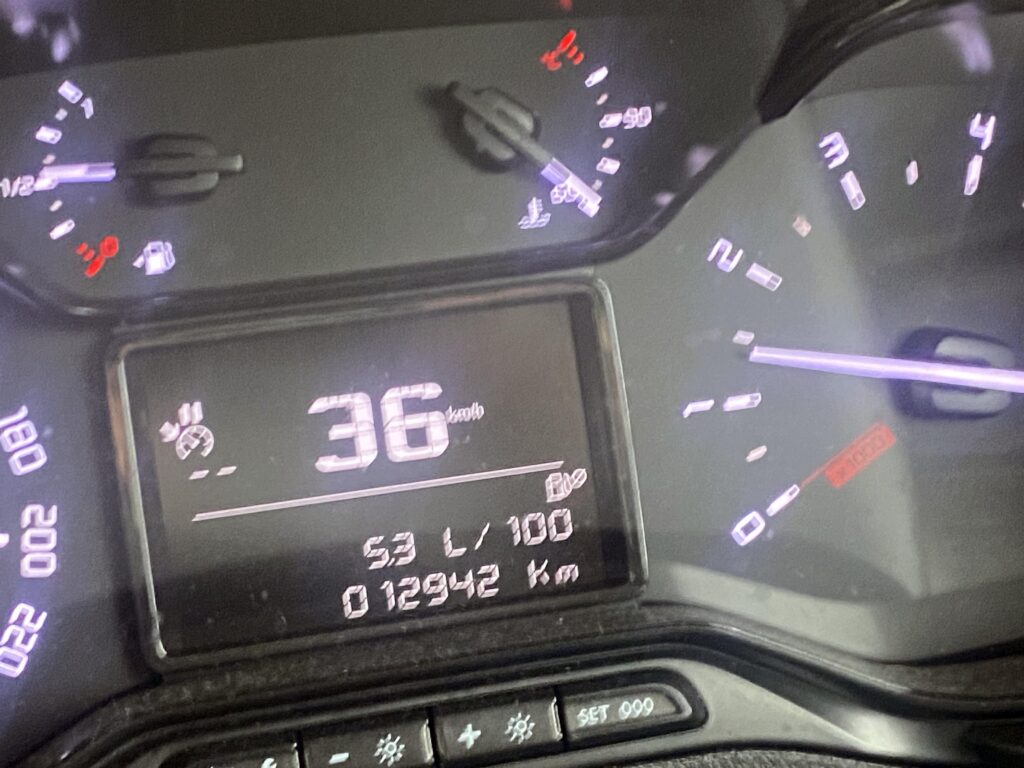 Keeping an eye on the average full consumption on the cars computer to get more out of every litre of fuel. Photo Brian McDaid.

How many of us are, or know someone, that always leaves things to the last minute rushing from pillar to post, always stuck to the bumper to the car in front of them.

Giving out about other road users holding them up, to that driver who drives near the 120 kmph on a motorway will burn more fuel than the driver that drives around the 100km per hour in the same stretch of road but will still be behind the fuel consumption of a driver in an urban area that darts around the place.

A more steady driving style will produce better miles per gallon even in town driving. Also consider a wee bit of planning your journey away from where traffic gets blocked up at busy times daily, it might be the single biggest fuel saving you can make. I know that this might not be possible when all the traffic is going the one direction in or out of town in the morning or in evening but it is worth your while studying that daily traffic backlog to see if there’s any way of avoiding it.

A big interest in years gone by was taking part in ‘economy drives’ which was organised by the Donegal Motor Club. The event consisted of cars fuelled up and the fuel filler cap then had a seal tapped across it and a route map was given where competitors had to check into before returning to the pumps again where the car that took the least amount of fuel to complete the course was deemed the winner.

The economy drives that I remember were run from Hegarty’s garage in Letterkenny where you had Donegal motor club members competing against each other trying to complete the course on the least amount of fuel.

There’s no time better than the present to run our own economy drive through our driving style and try and better the average figure that your car shows for consumption on the dash.

The Late Sean McGee. “King of the Drive”

It is with sadness that we learned of the passing of the Late Sean McGee this week after a long illness.

The Downings man was a familiar face working away behind the scenes on various sporting fixtures that took place over his lifetime.

If it was GAA you were into, you could see Sean in the middle of the field as referee as easily as you might see him lining the pitch before the game, but for me Sean McGee and Downings instantly reminds me of great weekends in June for the Donegal Rally.

What Sean did for the rally in Downings went unseen for many. A few that live down there reminded me this week of the work he would do on the run up to the rally, going around before the event to let people know times and getting people passes that lived on roads leading into the start of the famous Atlantic Drive Stage so they could plan and get access if needed on the day of the rally. 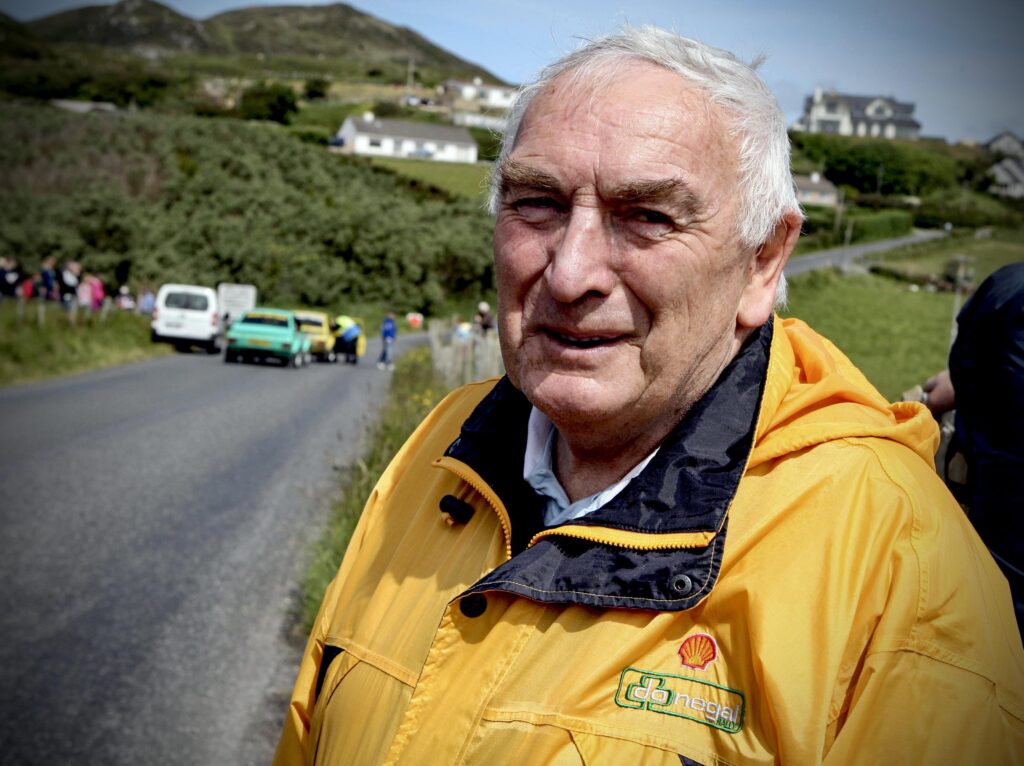 The late Sean McGee one of the long serving marshals on the Donegal International Rally pictured at the start of the stage on the Atlantic Drive in 2012. Photo Brian McDaid.

The last time I met Sean was the day I took this picture in June in the week of the rally in 2012.

The coat he was proudly wearing was an old rally jacket from the days that Shell were sponsors of the event. The picture shows he was proud to stand and get his photo taken with the double 00 cars sitting in the background waiting to start the famous Atlantic Drive Stage.

Coincidentally, this year is the 50th Anniversary of the Donegal International Rally and word is that it is going to be celebrated by having the finish back where the event started in Sean’s beloved Downings in 1972.

Sean always took great time to welcome locals and visitors to Downings over the years. You will never learn from a book or in a classroom what Sean McGee knew about PR especially on the run up to a rally.  He had a great pride in the place where he lives and will be very sadly missed.