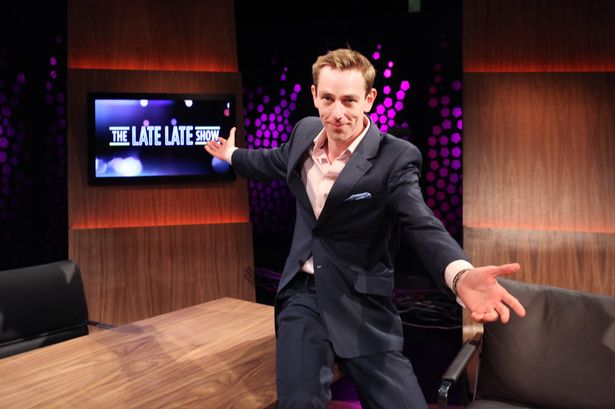 The band will chat to Ryan as they join the party to embark on their farewell tour.

Olympic gold winner Kellie Harrington will be joining the show straight from the parade after serving as the Grand Marshal for the big event.

No celebrity is safe from the wit of impressionist and comedian Oliver Callan who will celebrate St Patrick’s Day with a host of well-known Irish voices.

Paul Noonan from Bell X1 will join them for a special performance.

Persian/Irish group Nava will make their Late Late debut with an incredible fusion performance, while rising star of the folk world Dan McCabe will be in studio to give his own rousing version of A Song for Ireland.

And The Late Late Show St Patrick’s Day Award will be presented live on the night and will pay homage to the victims of the war in Ukraine.

Host Ryan Tubridy said: “I am very excited about our show on St Patrick’s night. We look forward to welcoming everyone from right around the world on RTÉ Player where we will be raising a glass or a mug to everyone who calls Ireland home.

“We are all family, and we will gather together to remind ourselves of why we love being Irish.”