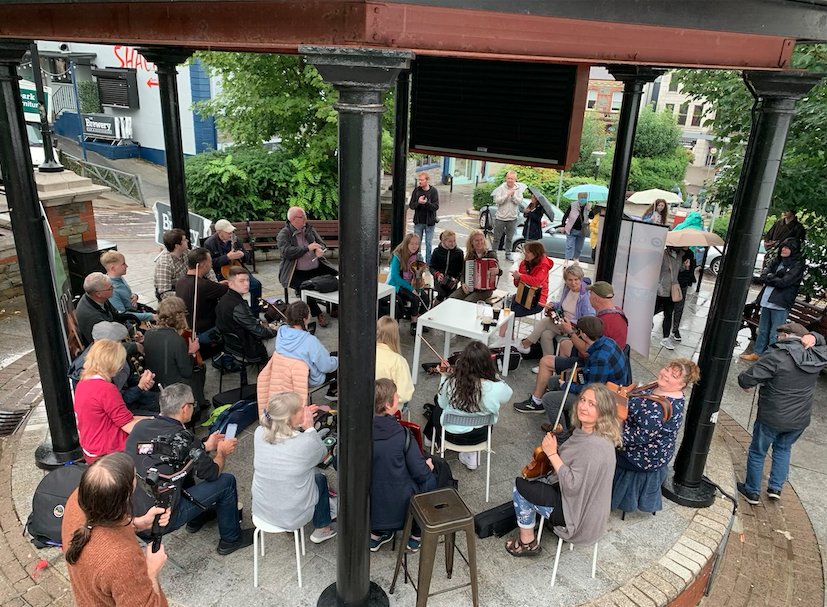 Despite being starved of their admiring audiences three Donegal traditional musicians have been using their time for some astonishing creative projects.

First up is Seamus McGuire who has used his Letterkenny lockdown to put the fiddle aside and turn to the viola. 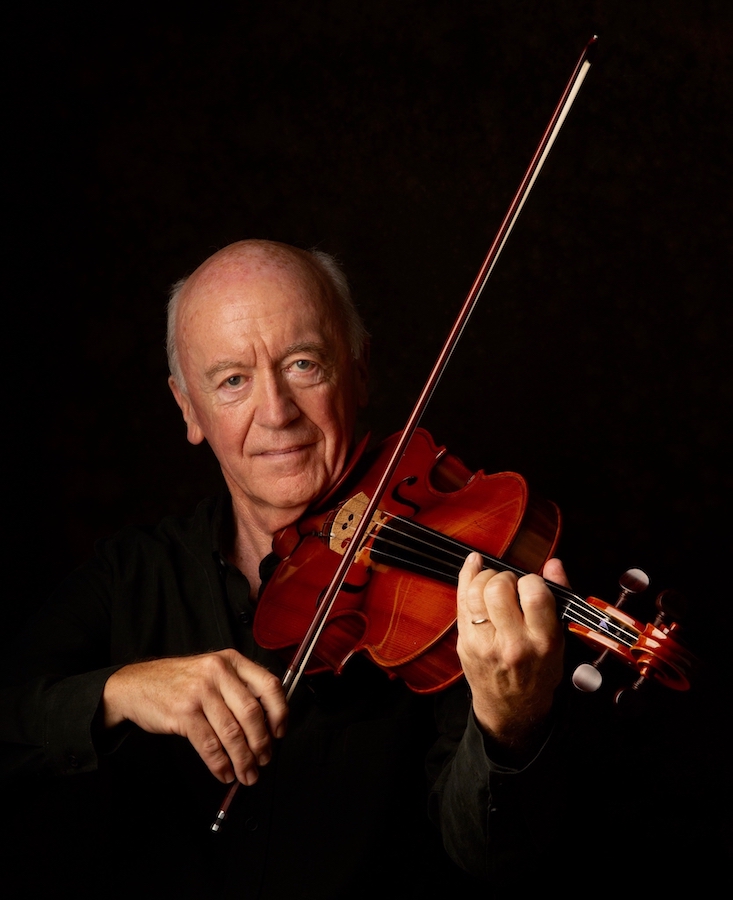 Seamus most certainly will have changed all that with the release of his new CD “An Irish Viola” containing 13 tracks of stunning beautiful music.

The delivery of the airs, dance tunes and a planxty is gorgeous in his gifted hands.

Though a recognised master of the Sligo tradition, Seamus casts his net wide including tunes from the Clare and East Galway traditions.

McGuire’s viola resonates with a wondrous palette of sounds containing all the life of the fiddle, yet always taking us to that more reflective and warmer place offered by the deeper instrument.

Make no mistake. This recording is a masterful work in itself, but it does something even bigger.

It flings open a door for the viola to become a more welcome and commonplace instrument in a tradition that has longed too greatly to hear it.

This is a landmark recording. 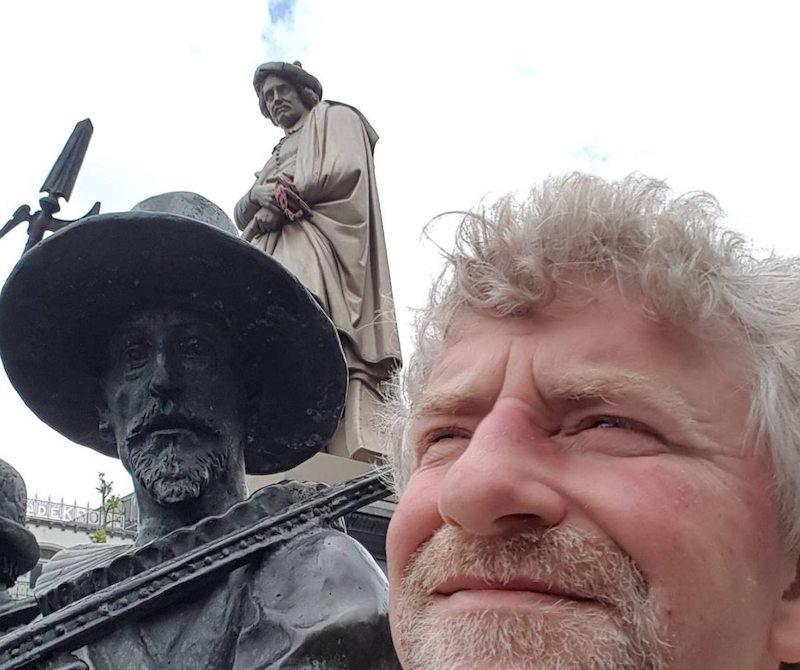 East Donegal fiddler Martin McGinley (above right) is widely and justifiably recognised as one of the great players of his generation in the tradition.

His musicality, imagination and technical command of the fiddle is the stuff of legend realised in his own lifetime.

It is astonishing that his recording output has been so small up to now, however his release ‘Full Circle’, has more than addressed that shortage.

Martin has mined deep into and across the Donegal fiddle repertoire.

Tunes of every possible rhythmic variety and breadth  of sources come flying out of this CD.

The works of the old masters are there aplenty.

Martin’s own skill at composition is also to be found in a number of tunes.

While most tracks feature tunes from the dance rhythms there are also airs, lullabies and more reflective pieces.

This recording confirms Martin’s place in the pantheon of Donegal fiddle greats and generations of fiddlers to come will speak of it in reverential tones. 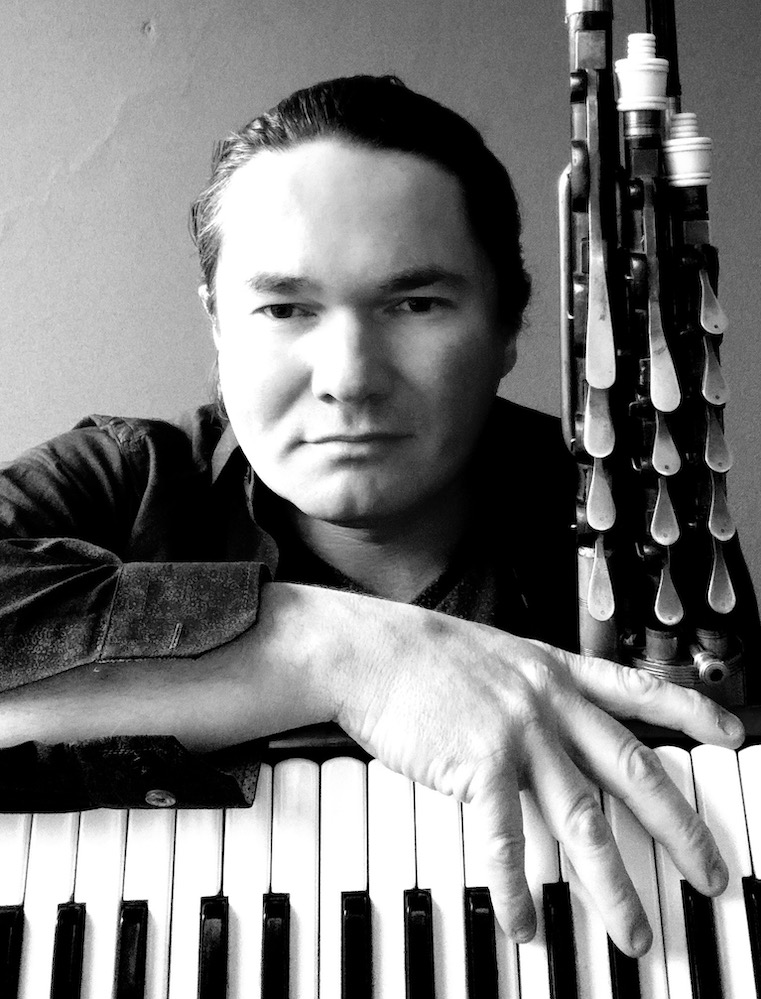 Multi-instrumentalist, Paul Harrigan (above) is never anything other than musically busy.

His output in terms of teaching, performing, documenting, arranging, composing, recording and more would be to most mortals utterly exhausting.

Somehow he managed to fit into that schedule a commission of seven compositions of extended pieces for uilleann pipes and two fiddles in the Donegal idiom.

The commission set out to provide a soundscape to accompany the Seven Waves art installation exhibit of Scottish artists Erlend Brown and Dave Jackson.

The latter is a large-scale marriage of literary and visual art based on the work of renowned Scottish poet George Mackay Brown’s ‘Tryst on Egilsay’.

This  derives from the St. Magnus lore of the Orkney Islands.

Mackay Brown’s writings recounts the saga of the murder of St. Magnus in seven parts.

The art installation cried out for a suitable soundscape to accompany the exhibition and in a remarkable collaboration with Cairdeas na bhFidileri a composition commission was offered to Paul Harrigan.

The result is a stellar work of seven movements, each directly reflecting the sequence of events in the St. Magnus saga and strongly influenced by the writings of Mackay Brown.

Each of the movements have their own particular feel and can be heard to be echoing the words of a poet whose poems are beautifully provided in the detailed notes accompanying the CD.

Paul’s playing of both pipes and fiddle demonstrate his masterful command of both instruments.

His sister, Roisin’s fiddle playing on tracks 2 and 7 do likewise.

The overall work totalling fifty minutes is stunning in addressing and capturing its objective.

‘The Seven Waves’ CD exceeds being ‘an important work’.

It is more than that. In my opinion it stands comfortably along with any of the great works of composition where the Irish traditional music idiom has engaged wider artistic forms of the past fifty years.

This recording confirms Paul Harrigan as not only a prolific performer of excellence but also as a composer and arranger of exceptional abilities.

Purchasers of these CDs might recognise a logo common to all, that of the Arts Council.

Each of these works were recipients of direct support from the Arts Council, an organisation which has aided and supported Irish gifted artists of skill for many years.

All too often that critical work goes unnoticed.

Martin McGinley’s and Paul Harrigan’s CDs can be ordered online at http://donegalfiddlemusic.ie/shop/, while Paul’s can also be purchased directly from him at https://paulharriganmusic.ie.

Seamus McGuire’s CD can be ordered from https://seamusmcguiremusic.com.