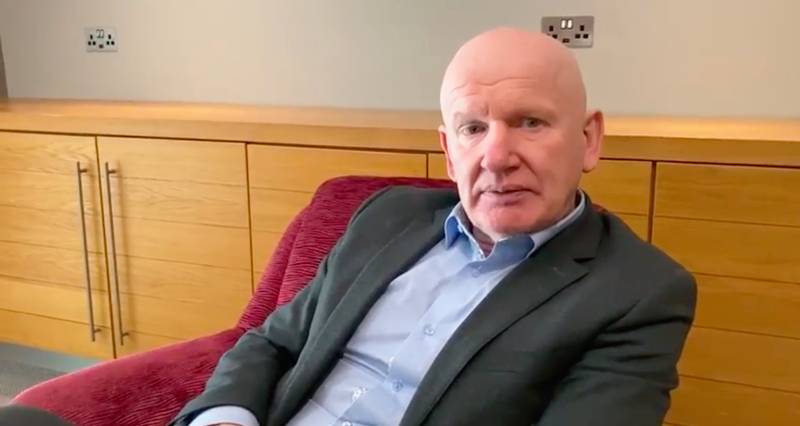 Watch: Declan Bonner ahead of crucial league decider with Armagh

Declan Bonner spoke ahead of Donegal’s massive league decider against Armagh while looking back at the Division 1 campaign so far.

With five teams facing danger of relegation, it will go down to the wire this weekend with every match having a lot on the line.

Donegal know if they defeat Armagh they will be safe. A draw would not guarantee safety but it would take Kildare winning or drawing, Tyrone winning, and the result between Monaghan and Dublin not being a draw to send Donegal down.

If Donegal lose however, they will have to rely on Tyrone also losing by the same amount or more.

On the game on Sunday, Declan said: “Armagh started really well against Dublin, a big big performance on that occasion and they’ve been very strong in Division 1, they’ve a chance to get into the league final.

“We want to be playing Division 1 football and it’s important for us to be there playing against top teams.

“We’ve introduced a lot of young lads this year and it’s important for them to find their feet going into Division 1.

“I think it’s good pressure, it’s four weeks out from the championship but thats that pressure you want.”