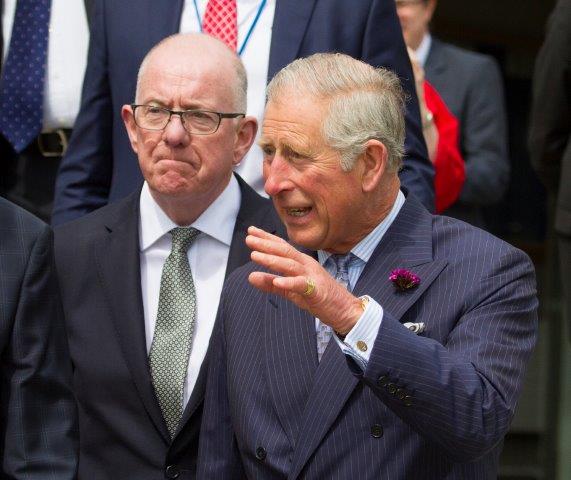 Deputy Thomas Pringle has slammed Minister Simon Coveney claiming he ‘showed a shocking contempt for the Dáil” with his failure to appear for a scheduled debate on the proposed electronic travel authorisation for cross-border travel.

The Donegal TD said: “The Minister seems more interested in visiting with Prince Charles than addressing issues that will have a particular impact on people in Donegal and right along the border region.”

Deputy Pringle had requested a topical issues debate on electronic travel authorisation in the common travel area, and the Ceann Comhairle had selected it for Thursday afternoon.

However, when the issue arose for debate on Thursday afternoon, neither Simon Coveney, minister for foreign affairs, nor a junior minister from the department, was available.

Deputy Pringle told the Dáil on Thursday: “The minister was in the chamber here this morning. It’s obviously the contempt the government holds for topical issues is the issue here.”

The deputy said electronic travel authorisation “is an issue that is very important for the country as a whole, and particularly for my own constituency.”

The Ceann Comhairle, Seán Ó Fearghaíl, said he would take it upon himself to guarantee there will be an appropriate minister with some responsibility for the issue to address Deputy Pringle’s questions next week.

Speaking later, Deputy Pringle said: “Minister Coveney was in the Dáil on Thursday morning taking questions, so it’s not like he wasn’t about. But it seems he was more interested in spending time with Prince Charles.

“The government has been sending junior ministers from relevant departments to address many of these topical issues, but this time they didn’t even do that. The minister is quite happy to talk to the media about this, but won’t actually talk to the national parliament.

“It’s a slight to everyone, particularly people who live in Donegal and the larger border region.”