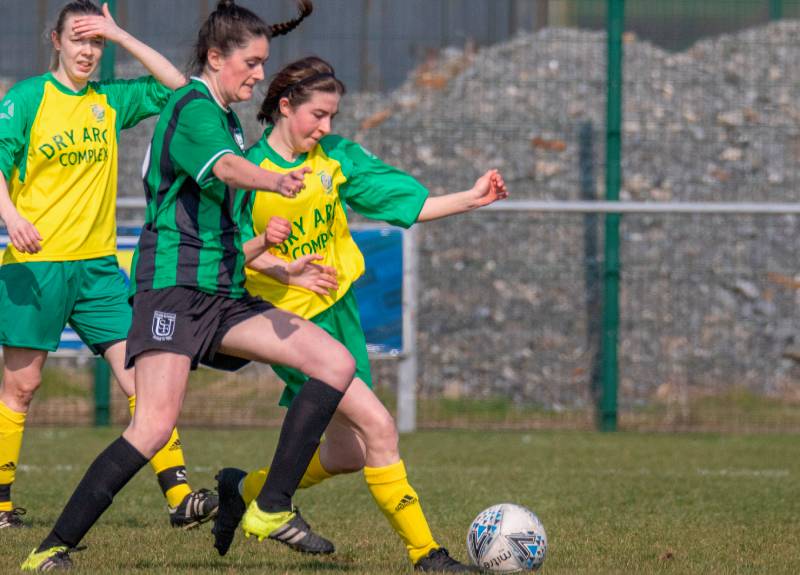 In searing heat, Bonagee United kept their cool to move into the next round of the Women’s FAI Intermediate Cup.

Young goalkeeper Aleysia Alcorn was the hero of the hour amid nervy scenes at Dry Arch Park. When Alcorn saved Conn Rangers’ third spot kick, it was advantage Bonagee.

The home side were flawless with their penalties. Amanda Callaghan, Gabrielle O’Donnell, Siobhan Sweeney and Hannah Hopkins all found the net in the first four. 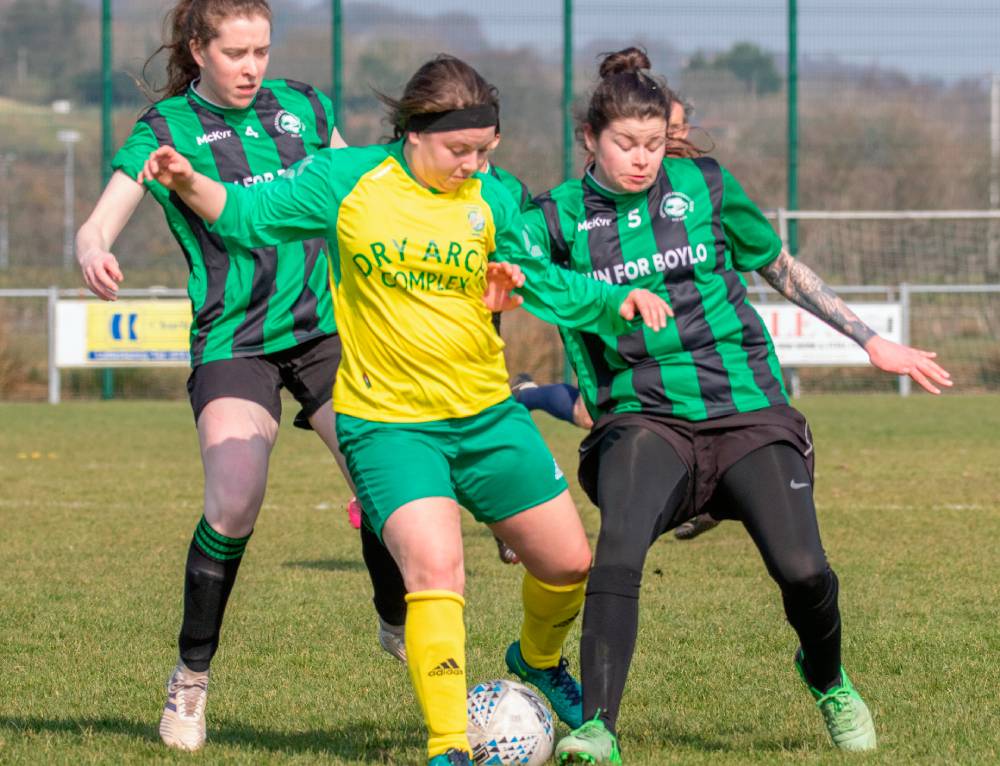 With Alcorn having repelled one, it was left to Bonagee captain Kaneshia McKinney to nail the winning penalty and the midfielder duly obliged.

Bonagee made hard work of seeing off a gutsy Conn Rangers and indeed it took a late penalty by Callaghan in normal time to force extra time.

Chris McNulty’s Bonagee began well and they were a goal up in the opening ten minutes, Lauren Harper reacting quickest to fire home. 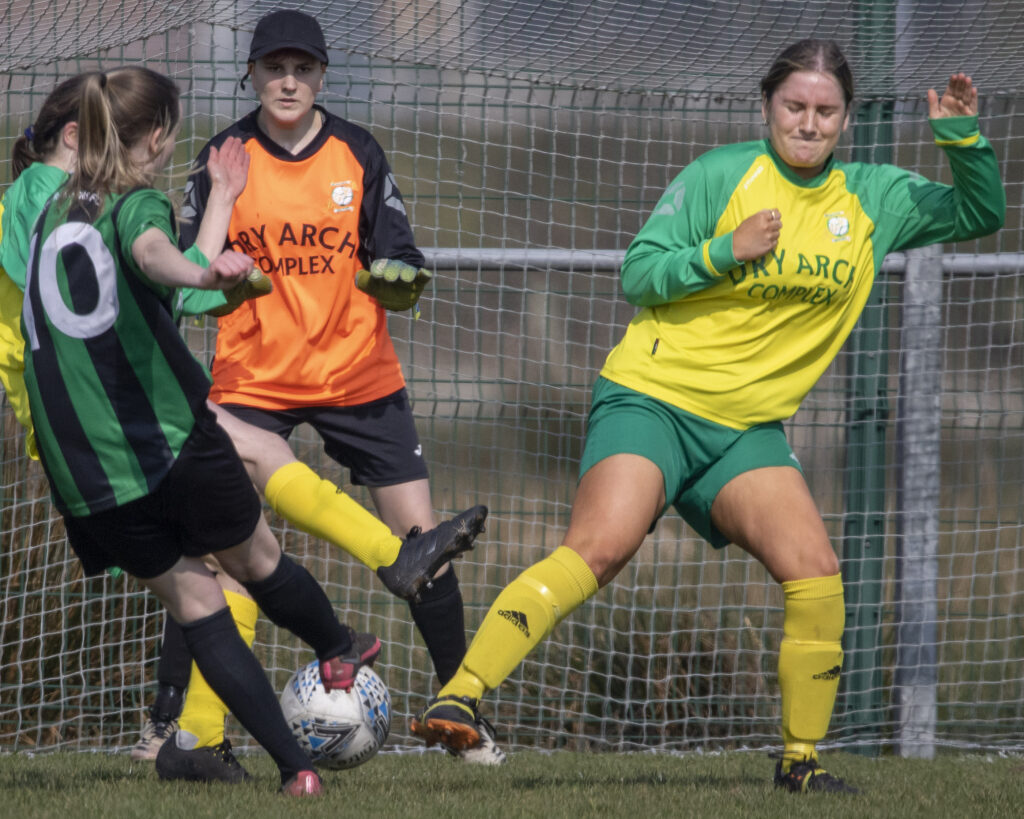 The lead lasted only a couple of minutes as Conn countered for Leah McHugh to steer home.

Conn turned the game on its head when Niamh Connolly fired to the net.

Bonagee laid siege on Conn Rangers and forced a succession of chances. Bronagh Gallagher riffled against the crossbar and Callaghan was also denied by the goal frame. 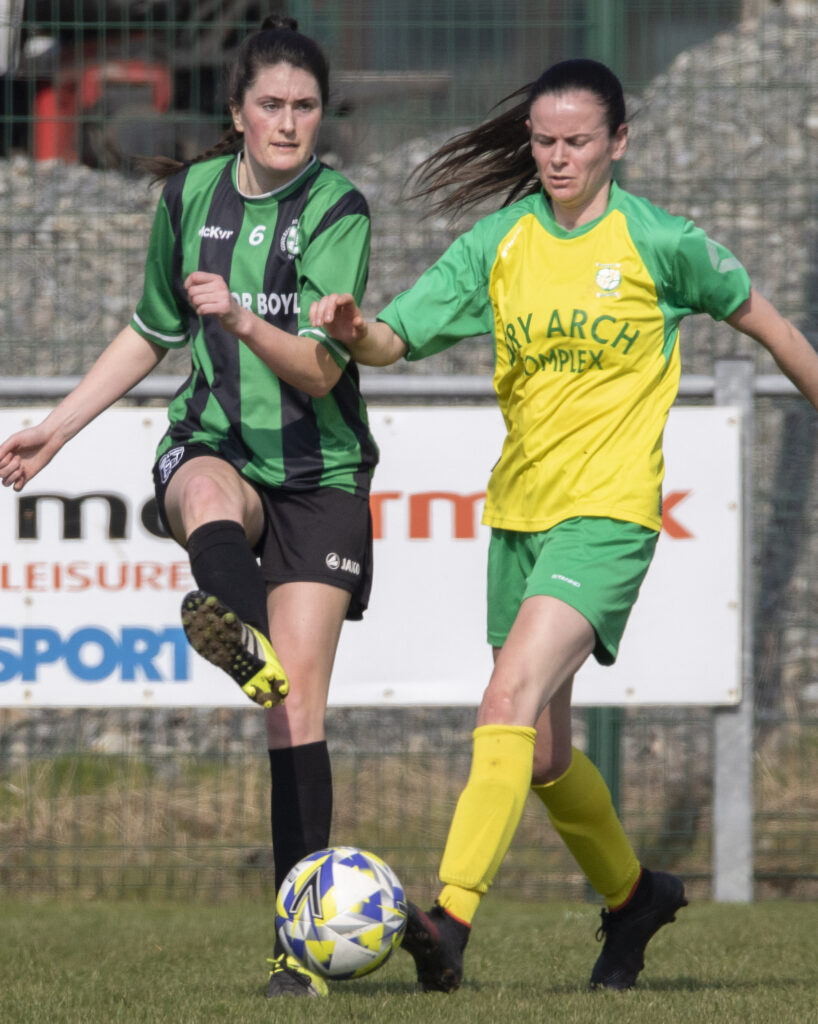 In the final moments, Gabrielle O’Donnell weaved her way into the penalty area and, when she was bundled over, referee Dessie McLaughlin pointed to the spot. Callaghan stepped up to convert.

The excellent Cliodhna Flynn put Conn ahead again in extra time, but Deborah Kerrigan pounced to tuck in an equaliser, igniting the hosts.

With the pace of Keri Sweeney, the energy of Hopkins and the directness of O’Donnell, Kerrigan and Caoimhne Herron all coming off the bench, Bonagee salvaged the day to book their tickets into the next round. 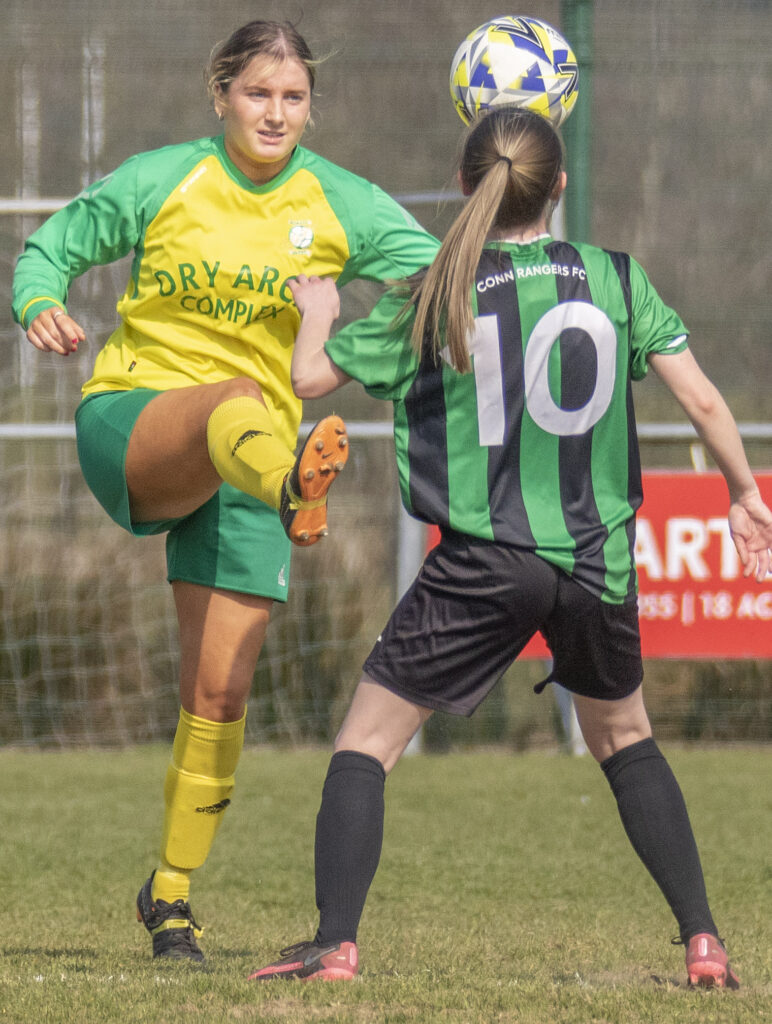