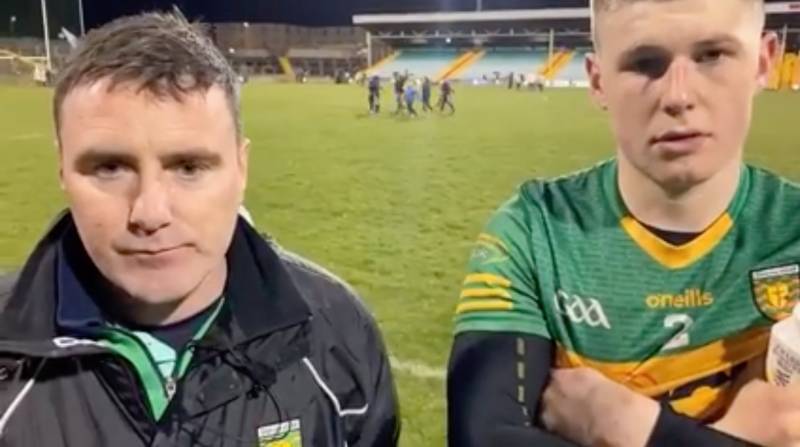 It was job done for manager Gary Duffy and team captain Kieran Tobin as they spoke after Donegal defeated Armagh 1-13 to 0-9  in the Ulster under-20 championship at MacCumhaill Park.

Tobin said: “First round of the Championship there’s always going to be a bit of nerves and looking to settle into the game but I think once we got settled in we were alright.

“The goal came at a good time in the first half.”

Donegal led 1-7 to 0-1 at half-time and Duffy added: “In Championship matches you have got to go out and keep chipping away at the scores.

It was about breaking Armagh down, when Armagh pulled it back to five they made sure they didn’t get any closer.”

Donegal face either Tyrone or Down in the semi-final and Tobin said: “There’s no easy games in Ulster and it’s another step on the ladder but we just have to look forward to that next weekend.”

Watch the full interview with the pair below: