Donegal face Armagh tonight in the under-20 Ulster quarter-final at MacCumhaill Park tonight with throw-in at 8pm and it’s been all go for the under-20 captain Kieran Tobin.

Tobin, who plays at senior level with St. Eunan’s, believes the strength of Gary Duffy’s Donegal under-20 side means there is not much difference in the standard and intensity between senior club football and the under-20 county level.

Tobin said: “The club level at senior football is an unbelievable standard but for the age group we’re at and the group that’s coming through, we’ve seen in previous years at Monaghan and Tyrone the calibre of players they had but there’s plenty of top players and when you put them all together it’s a very strong team.” 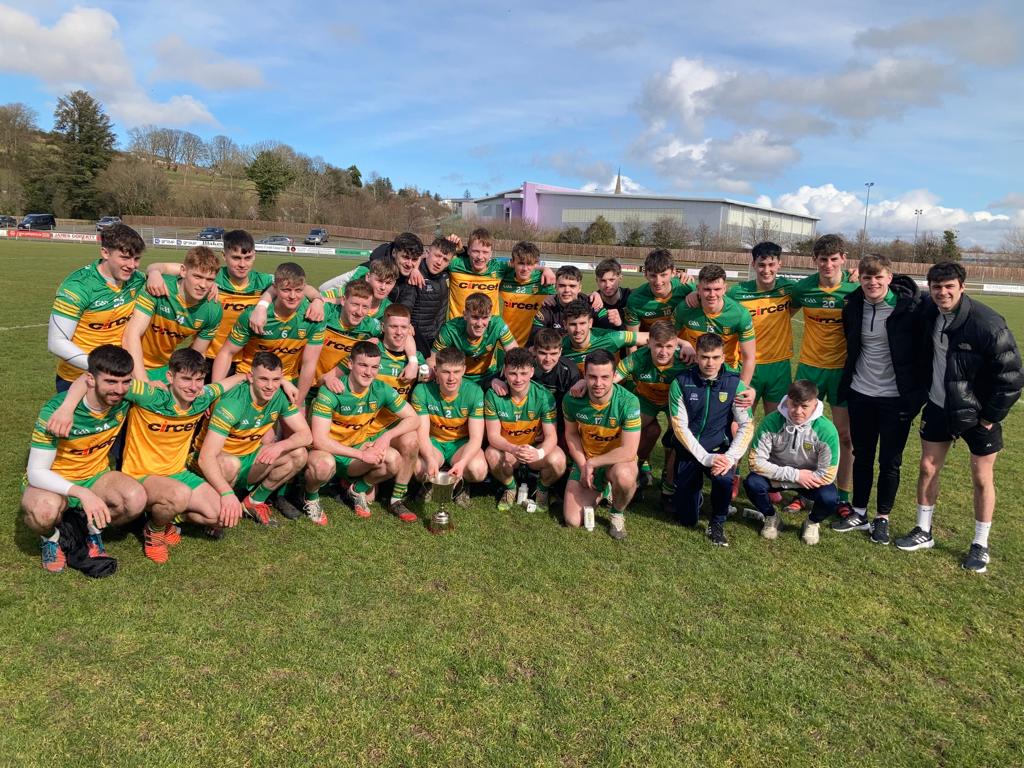 Tobin is the captain of the side and also captained the minor side before, so he has plenty of experience in leading the team out, and credits his St. Eunan’s club mates as having a positive impact on his leadership ability.

“Coming into the senior panel there’s a lot of players like Conor O’Donnell, Eamon Doherty, Caolan Ward and Shaun Patton, looking at them boys, who were players at the top of their game at the top level, that no matter what when you went into training they were understanding.

“I learned a lot from them men alone, they’d be standout figures from the club that really have shown me the leadership skills you need to develop and have going forward.”

Tobin has enjoyed a successful past few months, lifting the Leo Murphy Cup last month with this side, added to the Donegal SFC and U-21A championship double he was part of last year with the Black and Amber, but he is looking forward to the Ulster Championship rather than looking back at past glory.

“(Winning trophies) doesn’t always come easy but whatever you do and whatever team you’re playing with, you’re looking to win and progress.

“I think with the club it was massive and great to get over the line but it’s the same with the Leo Murphy, you kind of have to park that now, that’s last year and the league is going to be starting up soon for the club so there’s another focus.

“But for ourselves, the county is the main priority and we’ve parked away the Leo Murphy and it’s full focus for Armagh.”

Tobin has had a busy schedule due to the success of the sides he has been involved in, getting to the latter stages of every competition, tied in with Sigerson Cup commitments with LYIT, but he is happy so long as he’s playing football.

“I’ve had a bit of time off here and there but I’m only young yet.

“It’s all go but I think the way we’re managing things between training and different teams, there’s a good understanding. The body is 100% and everything is going rightly so you don’t mind when you’re playing”