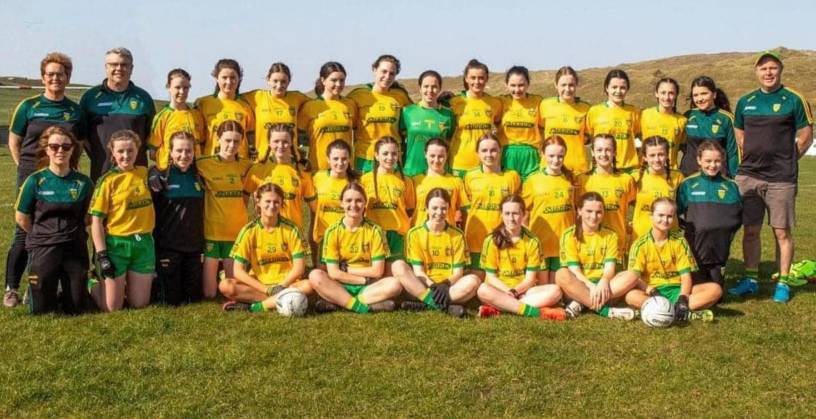 A late flurry of Tyrone goals saw Donegal defeated by Tyrone in the Ulster under-14 Silver Final at Celtic Park.

Ashling Mugan and Eimear Doherty got the Donegal scores as they went in level 0-2 each at the water break.

Another Mugan free followed by a third point a first from play for the captain gave Donegal a 0-4 to 0-3 lead at half-time.

Tyrone scored 2-2 before Kayla McHugh got Donegal’s 7th point in a tough period of the game as Tyrone ran away with it.

Another goal and two points followed for Tyrone and Hannah McGowan scored Donegal’s final point as they lost to a team they defeated by two points earlier in the competition.