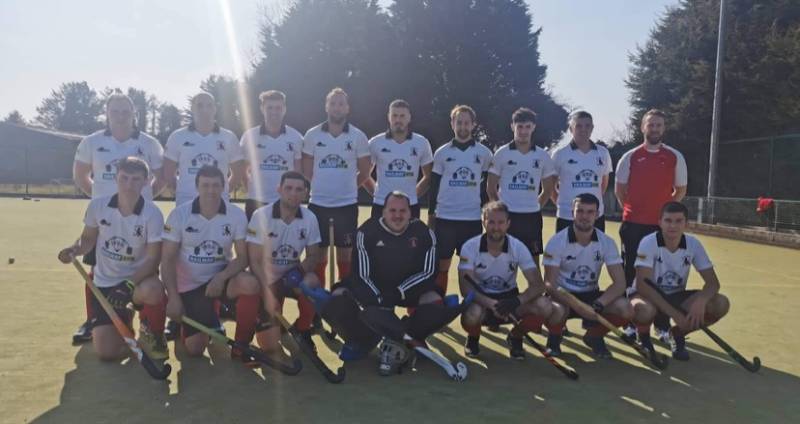 Raphoe Mens 1st team travelled to Mossley, Newtownabbey, on Saturday needing a win to stay in the premier league.

Mossley who currently sit top of the group showed their class in the first quarter, taking a 3 nil advantage. Raphoe for the second consecutive game found themselves at the same scoreline with 3 quarters remaining.

And like before kept the heads up to compete with strong opposition clawing a goal back in the second quarter. A stunning Simon Goudie drag flick after the initial penalty corner was superbly won by Jake Watt.

Into the third quarter and Raphoe started to dominate, grabbing another superb goal, this time a rare goal from Lee Stewart, Stewart controlled the ball at waste height before rivalling it past the helpless Mossley keeper, his second goal of the season.

Raphoe then thought they had equalised in the fourth quarter through Jack Pearson only for the umpire to bizarrely rule it out for a foul minutes earlier.

Mossley defended well in the final quarter, wasting time when possible, Raphoe gambled with a two man defence for the final minutes of the game but despite efforts from the Raphoe attack they couldn’t find those all important goals. Mossley then scored a fourth at the death, meaning Raphoe are now relegated and will play in the intermediate league next season after many years spent with the elite, in the Ulster premier league.

The team have a promising future ahead with many young players having debuted for the team throughout the season, even today, as promising goalkeeper, Jay Moore, at the young age of only 16 made his debut for the 1st team and debut in the Ulster premier league.

The team now plan to regroup and restructure before the start of the 22/23 season with the main aim to return to premier league hockey.

Raphoe 1st team would like to thank their captain Evan Lyttle, sponsors Railway Gym, Lucas bar & restaurant & Letterkenny Driving Range for their support throughout the season, stand in coach Jonny Long who took to the sidelines this season after a long term injury prevented him from playing, also to mens club chairman, Rodney Bates, for his tireless efforts for the team & club and most importantly our supporters who come each week.