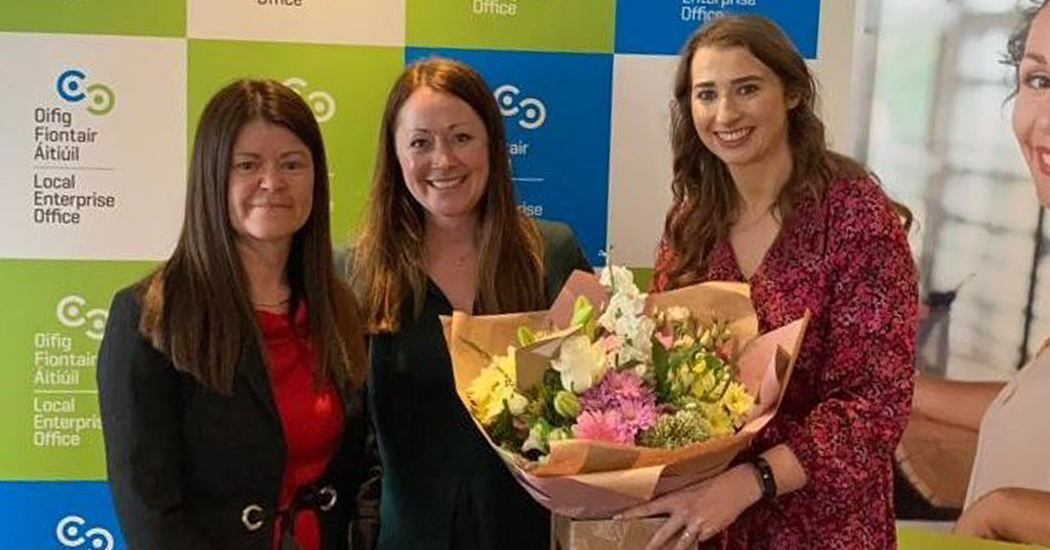 A Donegal-based Clinical Psychologist, Psychosexual Therapist and Mindfulness teacher has scooped the top prize of a local business pitch competition.

Twenty women from across the west and north-west took part in the EMPOWER START Dragon’s Den style pitch competition, marking the completion of the second EMPOWER II START programme delivered through the Innovation Hubs in the Atlantic Technology University (ATU).

Natasha Langan, MSc, D. Clin. Psych., Co Donegal, was declared the overall winner for her start up called “Dr Natasha Langan” which provides online psychological and psychosexual therapy for women and their partners.

Runner-up was Adriana Taheny, Galway, CEO of Zzzana Nightwear, who designs and produces temperature regulating sleepwear to improve the quality of sleep.

Each of the women had a five-minute pitch on their business concept followed by questions from the judging panel which comprised of Gillian Buckley (WDC), Niamh Costello (CREW) and John Magee (Mayo LEO). The event was sponsored by LEO Roscommon. The audience were invited to vote and choose the winner for two prizes. ‘Best Story Telling Within The Pitch’ was won by Nicola Kearns of The Leitrim Writing Cottage, Co Leitrim. There were joint winners of the ‘Best Opening Line’ — Daniella Baumgarten of Dani Teal Studio, Co Mayo and Sharon Conroy, The Woof Guide, Co Galway.

The EMPOWER Programme is run by the Atlantic TU Innovation Hubs and aims to fast-track female-led businesses based in the west and north-west by offering free training, mentoring, support, and peer to peer learning.

Sandra Divilly Nolan, EMPOWER Programme Manager, says: “These entrepreneurs have worked hard over the 12-week programme to engage with customers to understand their needs and validate the business concept. The EMPOWER Pitch competition prepares new entrepreneurs to define and articulate their business purpose and vision, develop their communication skills, and build their self-confidence, while becoming part of a support group of like-minded ambitious female founders.”