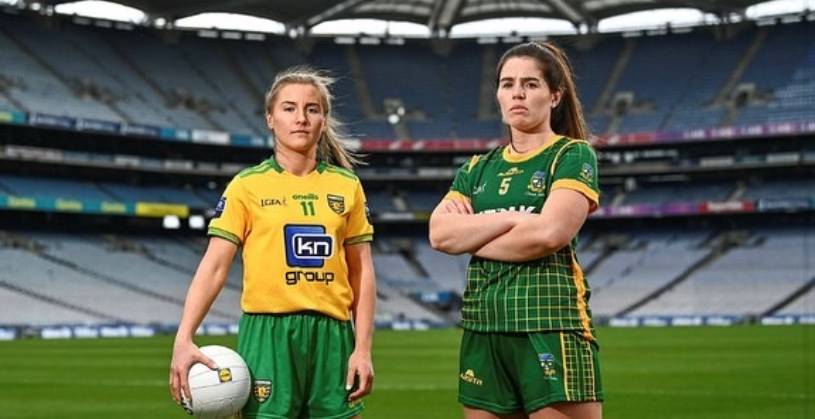 Donegal and Meath teams announced ahead of Division 1 final

It’s fair to say that plenty has changed since Donegal and Meath last met in a Senior competitive fixture.

It was February 2016 in the Lidl National League when Donegal claimed 3-17 to 3-8 victory on their visit to Trim in Division 2.

Looking back on the teams that lined out on that occasion, and comparing them with the recent Lidl NFL semi-finals, Donegal have Nicole McLaughlin, Katy Herron, Karen Guthrie, Yvonne Bonner, Geraldine McLaughlin and Bláthnaid McLaughlin still involved, while Meath had current captain Shauna Ennis, Niamh O’Sullivan, Stacey Grimes, Vikki Wall, Niamh Gallogly in their starting line-up.

There’s been natural flux in both squads since then and while Donegal contested a Division 1 League Final in 2017, Meath have gone on to greater heights.

The Royals won the Division 3 title in 2019 before adding the TG4 All-Ireland Intermediate title in 2020.

Last year was one that Meath will never forget, as they claimed both the Lidl NFL Division 2 and TG4 All-Ireland senior crowns.

It’s been a meteoric rise for Eamonn Murray’s charges, who remain hungry and keen to prove that 2021 wasn’t a flash in the pan.

En route to Sunday’s Final, they’ve suffered just one defeat, by a single point against Dublin in a front of a bumper Páirc Tailteann attendance.

Both teams had already progressed to the knockout stages before that round fixture, and Meath got back to winning ways in the Lidl NFL Division 1 semi-final with victory over Mayo.

Donegal have lost just the one game en route to the Final also, against Meath in a Round 3 fixture when both teams had already progressed to the last four.

Donegal, managed by Maxi Curran, looked down and out in their recent semi-final against Dublin but two quickfire goals in the closing stages turned the game on its head.

That win sent Donegal through to a first Division 1 decider since they lost to Cork five years ago, while Meath will contest their first top-flight Final since suffering defeat to Cork back in 2006.

So, it’s very much a case of history beckoning for Donegal and Meath, with the winners set to sample that Division 1 title-winning feeling for the very first time.

In team news, Meath have named Orlaith Duff in their starting line-up, with Kelsey Nesbitt dropping to the bench, while Donegal bring in Amy Boyle Carr in place of Shauna McFadden.