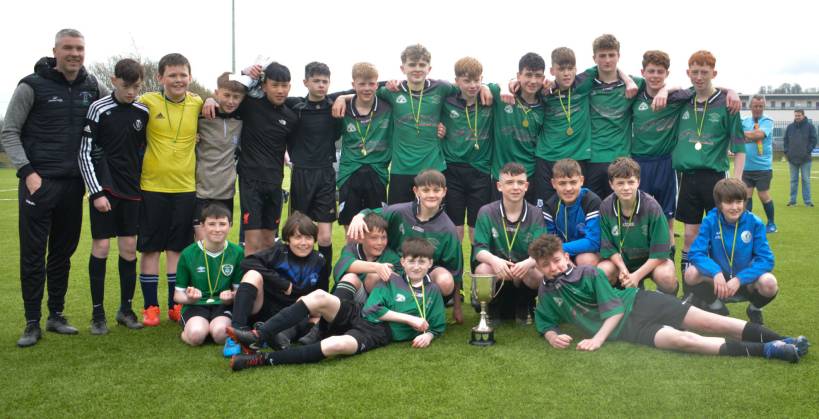 The large crowd in attendance were treated to a sublime hat-trick by Shea Cannon and a terrific finish from the majestic Gavin McAteer. 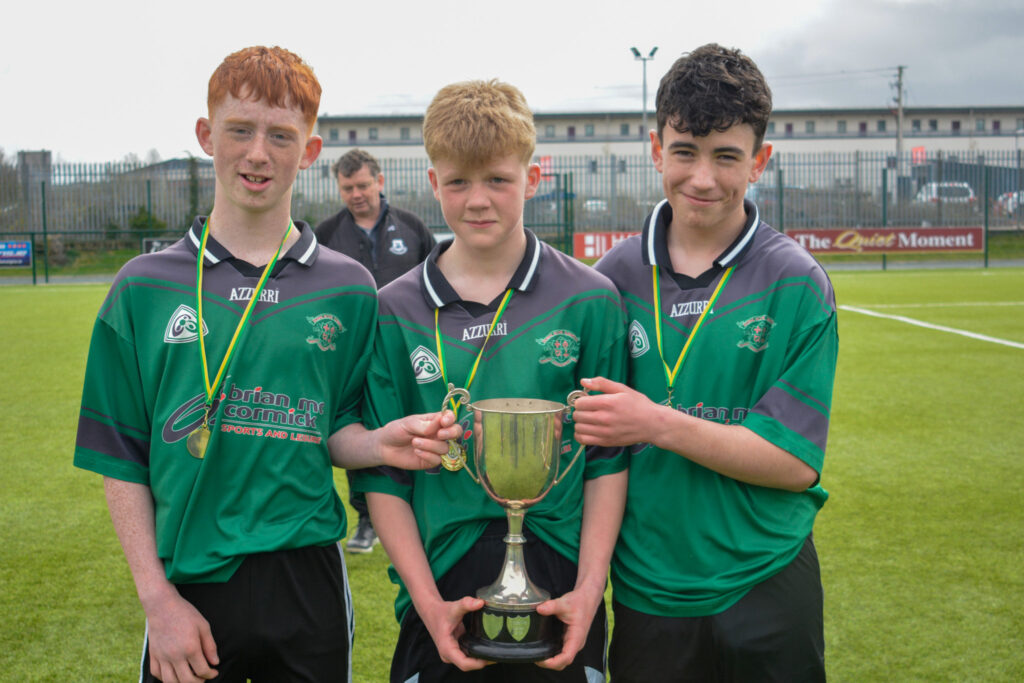 Milford didn’t have it all their own way, however, as Rosses fought hard to find a way back into the game after a fast start by the Milford School.

A huge clearance from the Rosses goalkeeper found its way into Shane Orsi’s net to leave them trailing Milford 2-1 at halftime. 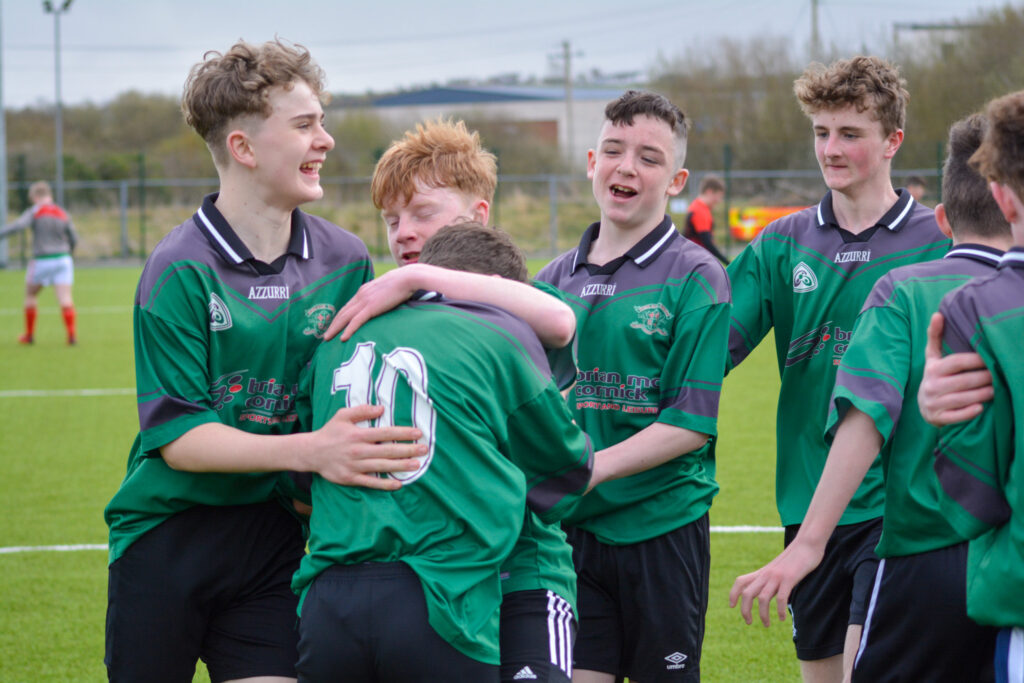 The second half wasn’t long started when McAteer finished off a fantastic move, orchestrated by Jake Burrows and Shea Cannon.

Milford went on to add another as Cannon completed the hat-trick but not before Rosses tested Orsi a number of times with some impressive efforts. 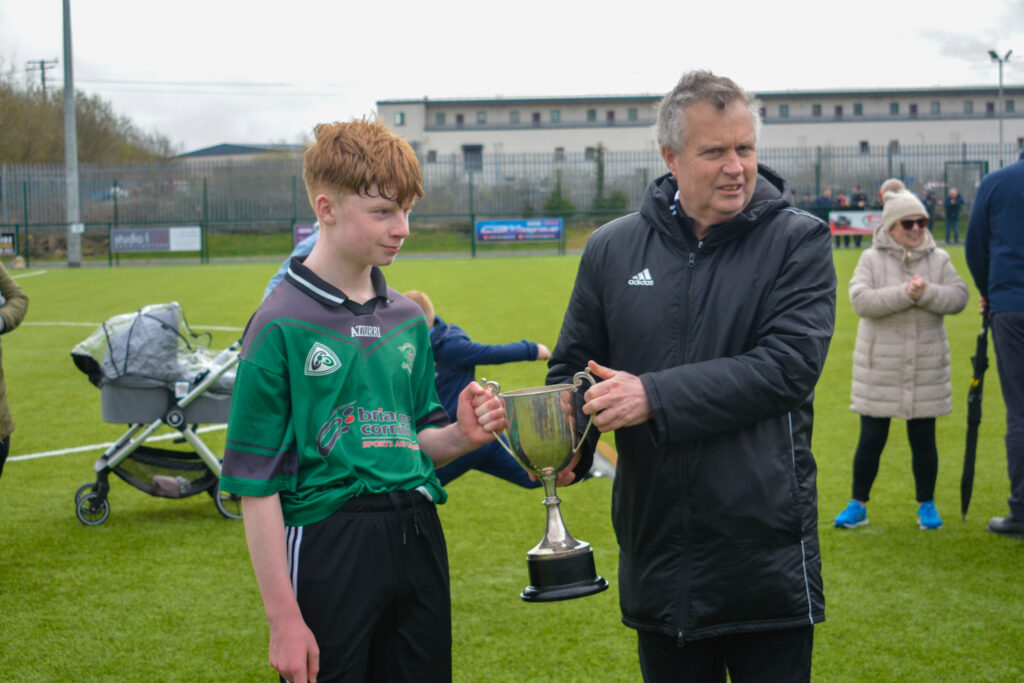 Captain Alex Cullen, who put in an outstanding display at the heart of the Milford defence, led his team in lifting the cup for the Donegal school. Well done to the boys and their managers Mr. D. Butler and Mr. G. Doherty. 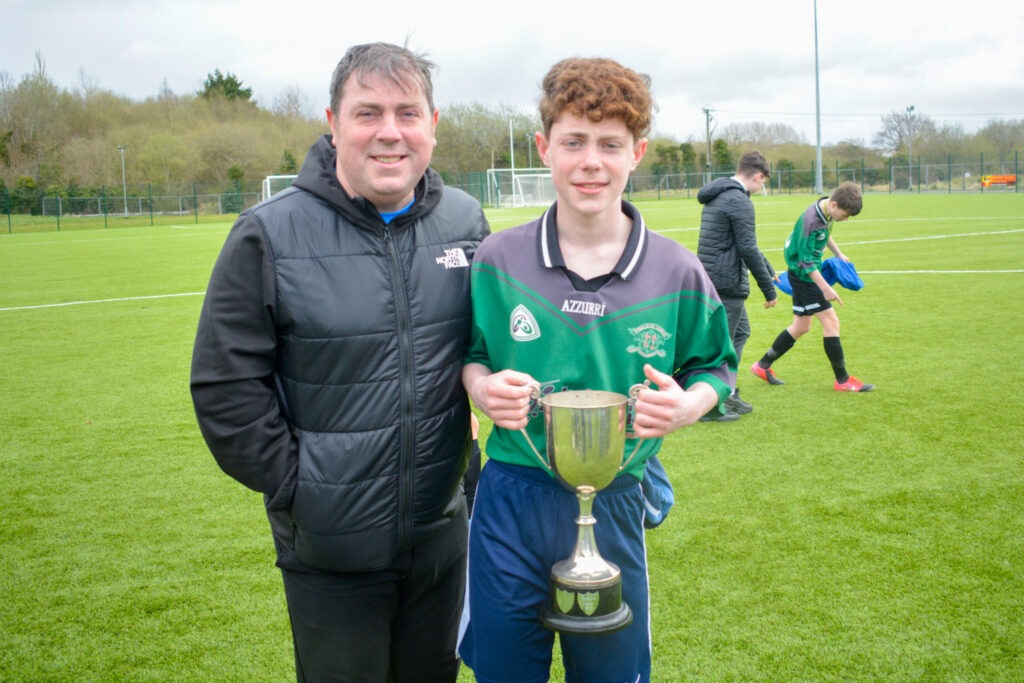